Formula E will install a special paint to chemically bond with the concrete floor of ExCeL London to create the surface needed for cars to race at the London E-Prix.

ABB FIA FE will use an indoor/outdoor track at the vast exhibition centre in London's Docklands when it returns to the British capital for the 2019/20 double-header season finale.

The start/finish straight, as well as the initial and concluding corners of the 1.5-mile track, will be housed in the ExCeL's south hall - with the rest of the track running around the site's perimeter roads, using two steep access ramps to connect the circuit's upper and lower levels.

To ensure a permanent track can be installed and not disrupt other events being staged at ExCeL - as well as provide traction for the cars - FE is removing a small layer of the hall's painted stretched-concrete floor and adding a thin new friction-adding surface. 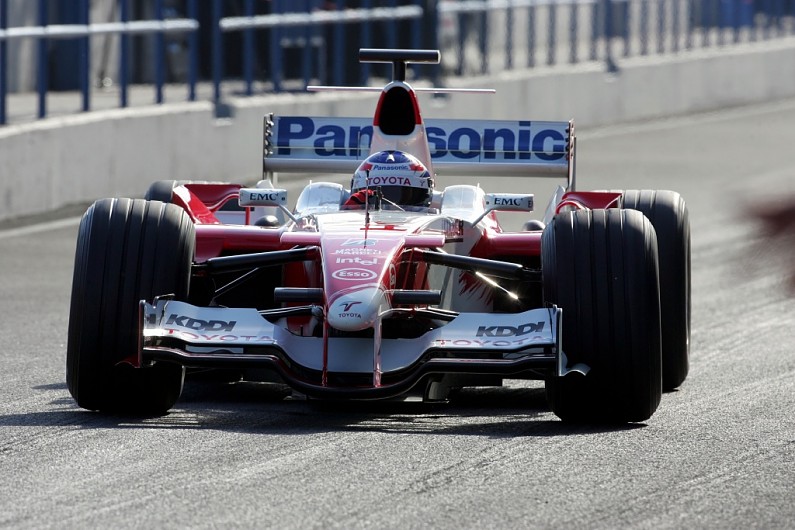 In 2006, the TF105 Toyota Formula 1 car was unable to reach its top-speed during a run through the ExCeL that was filmed for the Top Gear TV show.

"We wanted a system that was A, sustainable [and] that we weren't going to have lots of labour every year to try and manage," FE senior event manager Oli McCrudden told Autosport.

"[And] B, that doesn't affect the operations of ExCeL because they've got shows and exhibitions pushing trolleys and things across that [floor].

"So we couldn't have a big road in the middle of it.

"We did some tests with a couple of suppliers to work out how we can remove a very small layer of the concrete from the top and then we put down a paint that chemically bonds into the concrete.

"We then put in some emery sand, which creates a friction surface, and then that has a safe coating over the top.

"It's 2mm of thickness and we can put that down over the course of about 10 weeks prior to the build [of the July 2020 race].

"It gives us the slip ratio values that we need for the friction co-efficient so that the cars are in a good place.

"And its durable, so it will last for the period of the contract that we [have] here and probably longer in real terms. Plus, if we need to touch it up it's not hard to do."

ExCeL is also conducting a programme of civil works around the outside parts of the track to ensure the FE cars can run.

"We've got some levelling work to be done on the ramps for the gradients for the cars and then some resurfacing down the Sandstone Lane [the track's second straight]," ExCeL head of attractions and live events Damian Norman told Autosport.

"We've got some work to be done around the side of the Aloft hotel [a building in the track's final third] to be able to allow the curves that we need on the track.

"And probably the biggest piece of work is that we need to widen one of our very large lorry doors to make it even larger to make sure that the cars can make the turn [back indoors]."

McCrudden also explained that FE is looking at using the show-hosting capabilities of the ExCeL halls to create an "absolutely spectacular" presentation for the races.

"It will be a cross between a boxing match and a Top Gear Live sort of thing," he said.

"You can bring the house lights down, you can start to do laser-mapping and projection on the walls and really create a show for those 15,000 people that are going to be sitting in there to watch the race."