The nature of the Extreme E electric off-road SUV racing series has been unveiled by co-founders Gil de Ferran and Alejandro Agag and is set to begin in January 2021.

The championship, which is operated in association with ABB FIA Formula E, hosted a launch event on the river Thames in central London, pictured above, on board the Royal Mail Ship St Helena.

XE will hold electric SUV racing events in five remote areas of the world - the Arctic, the Himalayas, the Sahara desert, the Amazon rainforest and islands in the Indian Ocean.

Autosport has previously reported that XE entrants will use the same spec-chassis base underneath bespoke silhouette SUV racing designs, with limited powertrain areas available for development.

The event format will be a series of head-to-heads over stages approximately five miles long, with a round-robin group stage leading to a knockout tournament to decide the event winner.

The drivers will race side-by-side, with XE organisers emphasising that it is not a rally format.

XE is aiming for 12 one-car teams and is targeting major manufacturers that produce electric SUV models as entrants.

There will be two groups of six teams, with the drivers in each group competing head-to-head in sequence.

Points will be awarded for each group race winner, with the final order of the group deciding the knockout match-ups in a seeded system - highest to lowest.

Autosport understands that any ties will be decided on fastest time. The top four teams from each group will progress into the knockout stages.

"Extreme E offers a unique sport, adventure and entertainment concept that has never been seen or done before," said XE chairman de Ferran.

XE's organisers intend to to highlight the damage climate change is doing to the eco-systems where it will race, as well as promote electric SUV technology. 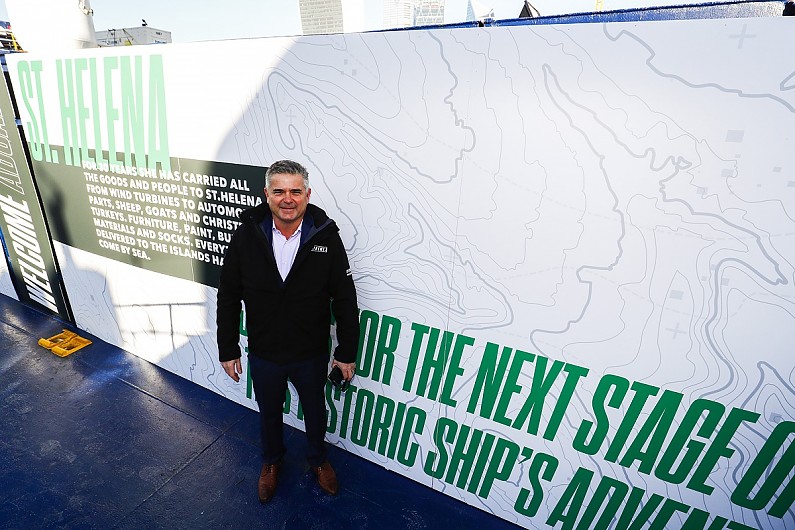 "I strongly believe that Extreme E can help make the world more sustainable faster, and we have a dream team to make this ambition a reality," said FE CEO Agag.

The events will not be broadcast live in a traditional format.

XE will be filmed in a 'docu-sport' style, with each event broadcast as a single episode.

Autosport understands that while XE does not currently have a broadcast partner, it intends to sell the rights to the series to a digital streaming company.

"Viewers can expect a completely new way of consuming sport, with each episode telling not just the story of a race, but the wider race of awareness and the need to protect these remote and challenging environments being explored by Extreme E," said de Ferran.

Academy Award winning filmmaker Fisher Stevens will be XE's artistic director and will produce the broadcasts.

RMS St Helena, picutured above, will transport all the championship's supplies and equipment and will be refitted to act as XE's floating paddock and operations base.

An XE statement described the series as a "fully-funded venture", which is already backed by founding partner Continental Tyres, and niobium supplier CBMM.