Lucas di Grassi maintains that resetting the order of the pack following the first corner crash in ABB FIA Formula E's Swiss E-Prix to the starting grid positions was "super-unfair".

Pascal Wehrlein ended up in the barriers at the first corner of the race in Bern last weekend as he battled Maximilian Gunther and Sam Bird over fourth place, which led to one track blockage, while Robin Frijns being punted out of the race on the other side of the straight caused another.

Di Grassi was one of several cars, headed by Venturi's Felipe Massa, who squeezed through the trains and got ahead by cutting the chicane complex that was acting as the race's first corners.

The incident eventually caused a lengthy red flag period, which ended with the FIA deciding to reorder the pack as they had lined up at the start.

The decision was made using the FE sporting rule that states "the order will be taken at the last point at which it was possible to determine the position of all cars".

Di Grassi and Massa were among a group of drivers who argued with an FIA official in the pitlane before the race was restarted.

When asked about the decision to reorder the cars using the grid, di Grassi told Autosport he felt it was "super unfair".

"Because I've never seen a sport where somebody causes a crash and then are allowed to go back to the pits, repair their cars, and restart and start again and be given a second chance," he continued.

"So, although the rules allow for that because at the same time they crossed the finish line, half the grid did cross the finish line before the red flag - 11 cars.

"I thought that was unfair to reset the grid from the starting order. And I still think that." 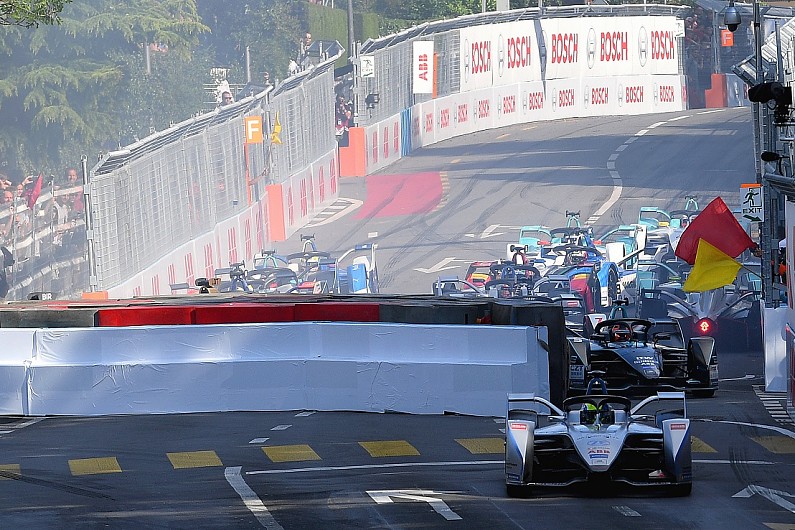 Massa, pictured above, said the decision was "totally unacceptable" and explained that he planned to raise the issue with the FIA.

"My view is that this is not racing," he added. "You had the start [and the incident] at Turn 1 and this is part of racing. Accidents can happen.

"If it happens and you are not involved, it is good for you. I'm not saying this because I went from 12th to fourth, I'm saying it is part of racing.

"When you arrive there, you overtake and I used a lot of [energy] doing the first lap, pushing hard.

"The cars that were completely damaged and could not carry on, they did their lap on the pit-limiter [speed] and they had one more lap than me in terms of battery [useable energy].

"And then they give them the positions! I mean this is not racing. I'm not in favour."

Autosport understands that the FIA examined the incident where the drivers confronted the pitlane official and that this will be reviewed again at the season finale in New York.

The FIA had not responded to a request for clarification from Autosport regarding the decision to reset the cars to grid order by the time of publication. 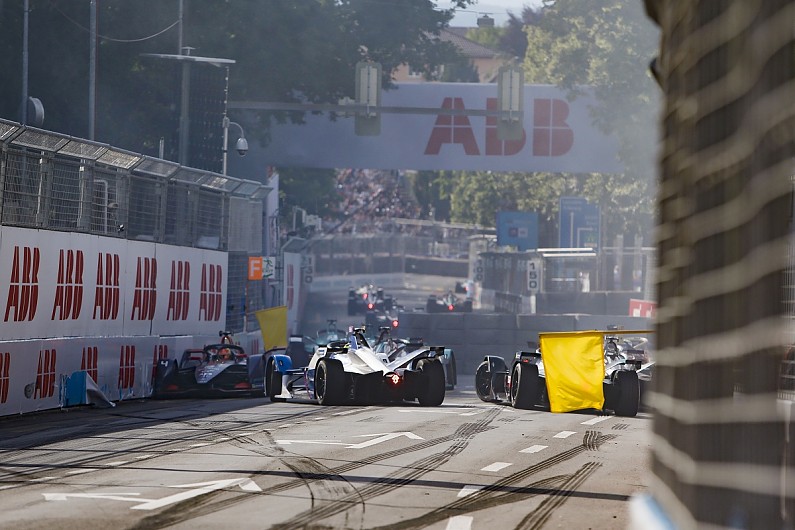