Sam Bird has lost his Hong Kong victory after getting a provisional five-second penalty for his clash with Andre Lotterer late-on in the ABB FIA Formula E race on Sunday.

Edoardo Mortara has been promoted from second to first as a result of the penalty and is set to take his and Venturi's first FE victory.

The new result initially remained provisional pending further discussions with the stewards, which were still ongoing over four hours after the race finished.

A stewards' hearing was held involving representatives of the DS Techeetah and Virgin squads because Techeetah protested the provisional results that included Bird's five-second penalty.

But no further action was taken and the final results were eventually confirmed.

Bird remains sixth and as a result now leads Mahindra Racing's Jerome D'Ambrosio by one point in the drivers' standings, with di Grassi and Mortara a further point back.

Bird had spent the majority of the race hounding long-time leader Lotterer and the Envision Virgin Racing driver held a sizeable energy advantage as the finish approached.

On the penultimate lap at the Turn 2 90-degree right hander, Bird hit Lotterer's right rear tyre, which caused a puncture a few corners later that dropped the DS Techeetah driver from the lead down into 14th and last of the classified drivers.

Bird was quickly put under investigation, and the provisional penalty drops him to sixth in the results.

Speaking before the news of Bird's penalty was announced, Lotterer called his rival's move "pretty disgusting".

"I was leading the race and got hit pretty strongly in the rear by Sam, who completely ran into me and destroyed my suspension and tyre, which immediately I felt but tried to survive," Lotterer told Autosport.

"[But] I couldn't survive. He used me basically as a braking tool and I don't think it's a fair move.

"It's a pretty disgusting move because we know as drivers that these cars are strong and you can take that risk. Is it fair? I don't think so." 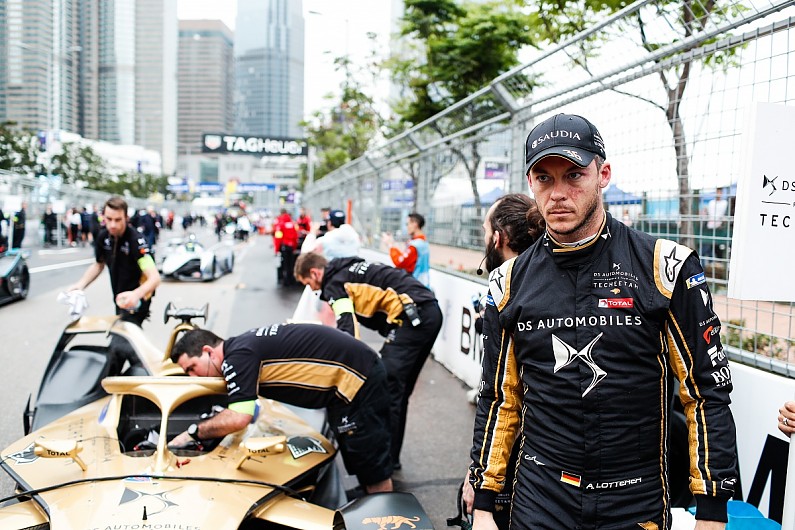 When asked for his thoughts on losing the race win, Bird told Autosport that he was "gutted".

"I suppose you cannot expect to have contact with the lead car, the lead car then have an issue, you go and win the race, and not have some form of penalty," he continued.

"Obviously I was hoping for a different penalty - like a grid penalty for the next race.

"Andre has called it a disgusting move - there was no malice to it.

"It's a big shame, I do genuinely hand-on-heart feel for the guy.

"He absolutely deserved to win the race, probably, I feel like I was a lot quicker than him, I had a lot more energy, but he was leading the race and that's just how it is."