At the conclusion of the third group session, NIO's Tom Dillmann drove into the rear of Bird's team-mate Robin Frijns after suffering from a suspected brake issue.

Frijns was consequently nudged into the rear of Bird's car.

Bird's mechanics had also changed his powertrain after second practice after suffering from water pump issues.

Under parc ferme conditions, the damage on Bird's diffuser was unable to be fixed, but the British driver put in a stunning 1m17.489 lap to edge Jean-Eric Vergne by just half a tenth, claiming his first pole since the second New York race in season three.

Vergne was frustrated to lose out on pole position in the final run of the session, but the reigning champion will start on the front row of the grid at the Circuit Moulay El Hassan in Morocco.

Antonio Felix da Costa collected third, having topped the opening group - electing not to do a warm-up lap before switching over to full power, then watching his time withstand a late siege from Vergne and Mitch Evans.

However, the Portuguese driver is under investigation for exceeding 200kW on his initial in- and out-laps in the group running, while a difficult first sector in his superpole lap undid his attempts to beat Vergne.

Sebastien Buemi was unable to surpass da Costa and fell a further tenth behind - but ultimately beat Alexander Sims to fourth on the grid.

Evans attempted to lay the first benchmark in the superpole shootout, but a huge lock-up at Turn 7 ended the Jaguar driver's hopes of reprising his session-topping role from practice, leaving the Kiwi to complete the third row. 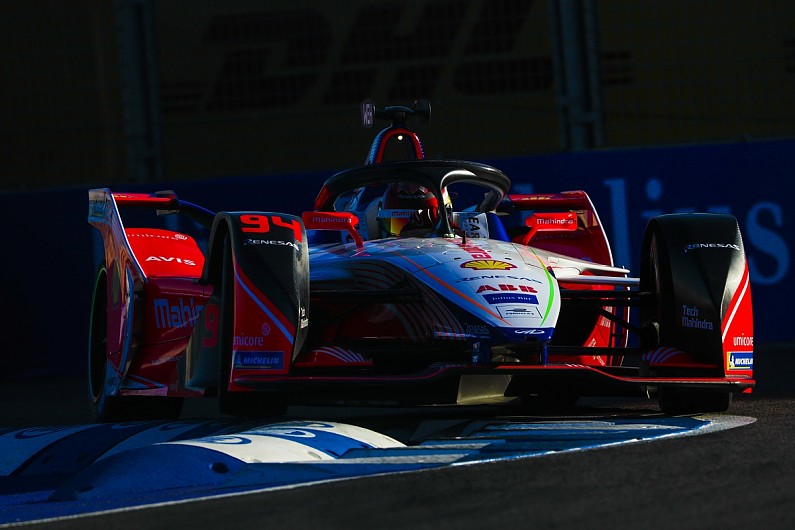 Pascal Wehrlein impressed in his first FE qualifying session to qualify seventh for Mahindra, having briefly factored in the top six of the overall times before Sims deposed him.

Frijns claimed eighth before his involvement in the pitlane fracas at the close of the third group's running, beating Nelson Piquet Jr. and Jerome d'Ambrosio - who completed the top 10.

A flurry of scruffy laps from Audi pair Lucas di Grassi and Daniel Abt ended their chances to progress from the second group and join the superpole shootout, ensuring the works Audi outfit was outqualified by the customer Virgin team.

The Venturi-powered HWA team endured a number of issues, as Stoffel Vandoorne lost power on his group flying lap, as Gary Paffett was limited by similar woes - qualifying 22nd and 19th respectively.

Vergne's DS Techeetah team-mate Andre Lotterer lost bundles of time in his second sector during his group one lap and will start 20th, while Maximilian Gunther hit the wall on the exit of Turn 6 to bring his qualifying efforts to a premature end for the second consecutive round.