Formula E has replaced its postponed Sao Paulo round with a race in Punta del Este.

Sao Paulo city authorities requested its 2017/18 season race be pushed back to the following campaign because the process of privately selling the area where the race was due to take place has taken longer than expected.

FE has responded to that swiftly and its alternative, a return to the Uruguayan city Punta, was approved by the FIA's World Motor Sport Council on Wednesday.

Series CEO Alejandro Agag told Autosport that the political situation in Brazil meant he had a replacement in mind for a while.

"The situation in Sao Paolo was already, for me, for a little bit uncertain," he explained.

"Politics in Brazil is complicated, it's moving and the mayor wanted to privatise the area where we were going to race.

"It's very important to keep to keep the races and keep the championship frequency, especially from a broadcasting point of view. 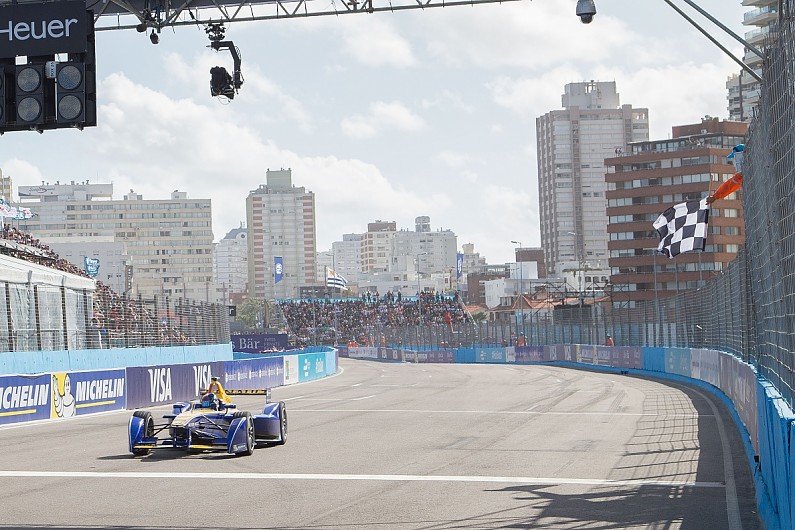 Sebastien Buemi won both races to become the first holder of a 100% record at circuits FE has raced at more than once.

He has since extended that honour to a second venue, having also won races in Monaco in 2015 and 2017.