Formula 1 refugee Jean-Eric Vergne said losing a potential win on his Formula E debut in Punta del Este did not take the shine off his weekend with Andretti Autosport.

Ex-Toro Rosso F1 racer Vergne, who had taken pole in Uruguay on his first day in an FE car, was challenging Sebastian Buemi for victory with just two laps remaining when the front-right suspension of his Spark-Renault broke, forcing him to a halt.

"I had no expectations coming into this weekend," Vergne told AUTOSPORT.

"I came here to have fun and that's what I did.

"The weekend would have been perfect if I had won, but somehow the suspension broke and that was that, so it's a bit of a shame. But that's racing.

"I didn't hit any kerbs, I didn't touch the wall or anything. I believe the suspension of these cars is fragile and I heard they're going to be changed for the next race."

Vergne also suffered an issue with his fanboost, the extra energy provided after a pre-race fan vote. 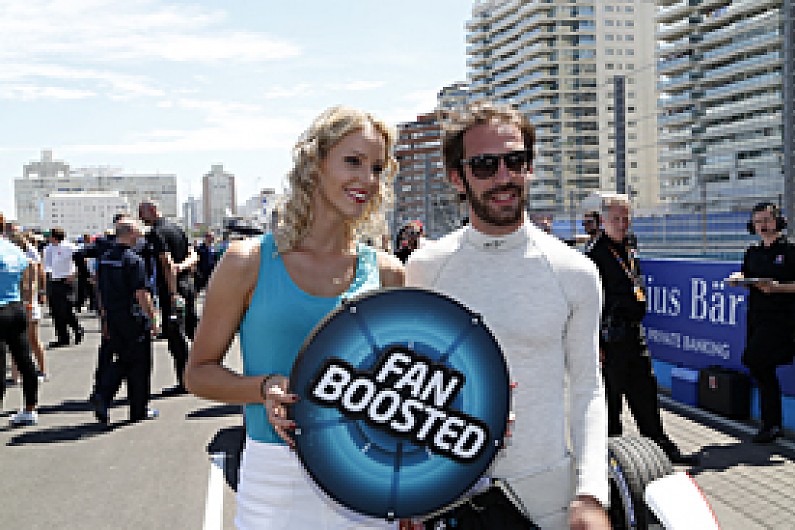 "My fanboost didn't work, it actually slowed the engine down!" Vergne revealed.

The Frenchman had overtaken early leader Nelson Piquet Jr and pulled away in the first half of the race, before losing his advantage when the safety car came out during the pitstop and car change sequence.

"I think we lost a lot of time because of the safety car that came out exactly as the same time as I came out," said Vergne.

"I couldn't push, so that's why I gave Buemi the position.

"But I think we've shown a fantastic performance, especially with pole position.

"That was a proper pole, and it's nice to be at the front again."