Buemi, who started fourth, leapt ahead of DAMS team-mate Nico Prost at the start to run third as Nelson Piquet Jr grabbed the lead from poleman Vergne, whose Andretti car suffered wheelspin as he attempted to cover the Brazilian's China Racing entry into Turn 1.

Piquet led for the opening dozen laps, but Vergne was all over him.

The Frenchman eventually found a way past with a decisive dive at the hairpin, but his power use had been high, which forced him to pit from the lead a lap earlier than his rivals.

As he did so, Stephane Sarrazin crashed out after slamming his Venturi car over the sausage kerbs at the quick chicane, which broke its suspension.

The safety car was required again, as it had been to recover Sam Bird's and Antonio Felix da Costa's cars earlier, and this, combined with the car swap cycle, jumbled up the order.

Nick Heidfeld took the lead, but was immediately given a drive-through for not taking the allotted time for his car swap. 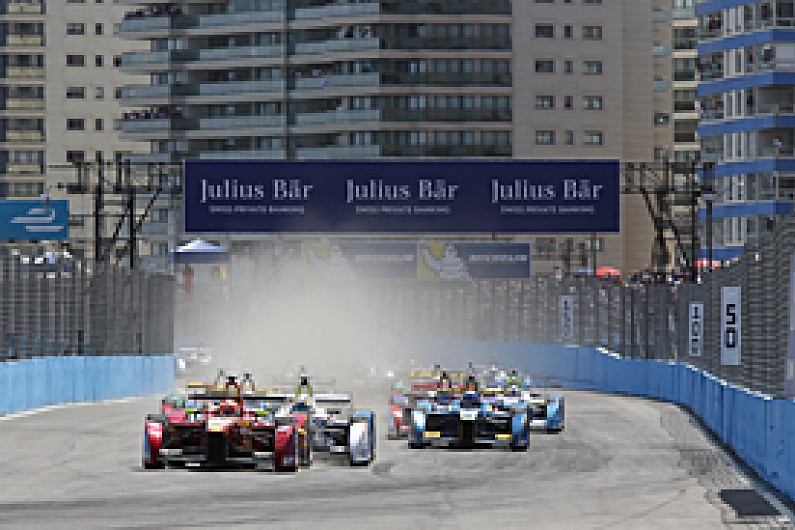 Once he pitted, Buemi led from Vergne, who was again using much more power than those around him.

Piquet was running third, ahead of Prost, but the latter was also given a drive-through penalty, as his car had been detected over its power limit.

A late-race safety car for Matthew Brabham's crash, after he'd impressively charged from 19th to sixth, set up a classic finish.

Vergne pushed Buemi hard from the restart, and Buemi locked up and straightlined the second chicane. But just when it seemed Vergne would pounce again, his car slowed with broken front suspension.

As Buemi cruised to victory, Vergne's exit gifted Piquet second place, with Lucas di Grassi finishing third ahead of Jarno Trulli, Jaime Alguersuari and Bruno Senna, who had been sent to the back of the grid due to an issue with when his tyres were fitted ahead of qualifying.

Senna also broke his first car's suspension when he clipped the wall avoiding Sarrazin's crash, but he was able to immediately pit and switch to his other Spark-Renault.