Lucas di Grassi inherited victory in the inaugural race of the new Formula E Championship in Beijing when leader Nicolas Prost and second-place Nick Heidfeld collided at the final corner.

Venturi driver Heidfeld, who had jumped from fourth to second when the drivers changed cars mid-race, made a move on the leading e.dams Spark-Renault SRT_01E into the final tight left hander after getting a run out of the penultimate corner.

Prost made a clear move to his left as Heidfeld tried to edge alongside and the two cars collided.

The German driver careered out of control into the barriers and flipped, but was able to extricate himself from the wreck unaided.

Steering damage prevented Prost from making the final corner, which allowed di Grassi to sweep through to make history as the first winner of the all-electric championship in his Audi Sport-supported Abt entry.

"We were a bit lucky, but I was happy to be in the right place today," said di Grassi.

"I didn't see the accident, but the main thing is that Nick is OK, which proves that this car is absolutely safe." 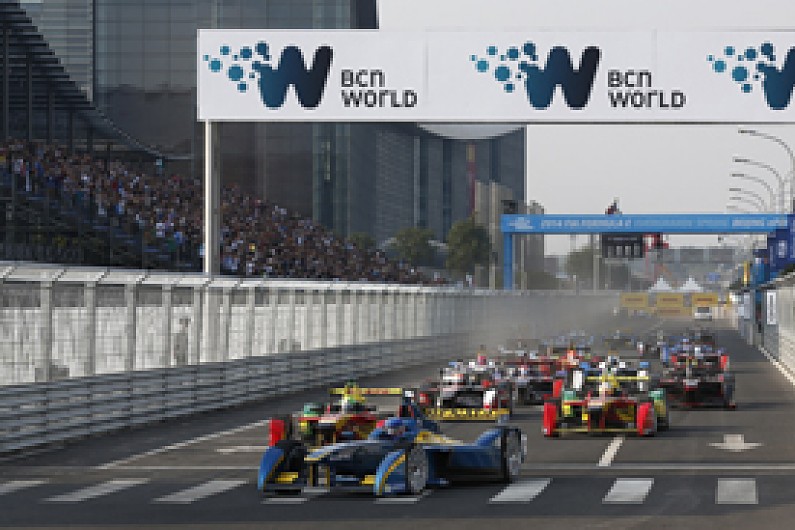 Franck Montagny collected second place in his Andretti Autosport Spark-Renault after making progress from eighth on the grid.

The Frenchman gained a place on the opening lap at the expense of team-mate Charles Pic, was up to fifth by the time the pitstop sequence started in the middle of the race and then resumed in fourth after the stops.

Sam Bird, who had started 12th in his Virgin entry, took the final podium spot, after Abt driver Daniel Abt was penalised for using more electric energy than allowed.

Abt was demoted to 10th behind Pic, Mahindra driver Karun Chandhok, who lost out to both Bird and the Frenchman after his battery overheated in the closing laps, Jerome d'Ambrosio, Oriol Servia and Nelson Piquet Jr.

﻿Includes 57s penalties for Abt, Alguersuari and Legge