Piastri headed into the final race of the FIA F3 season level on points with his Prema team-mate Logan Sargeant at the top of the drivers' championship.

Sargeant started the race six positions higher than Piastri but was knocked out of the race and title contention following a collision with Trident's Lirim Zendeli on the opening lap.

Piastri, 19, took seventh place to edge his other title rival Theo Pourchaire by three points to win the drivers' championship.

"Mark has been great, obviously came in as my manager at the beginning of this year, so he's been really good behind the scenes," said Piastri, when asked by Autosport about Webber.

"Obviously I haven't really been able to speak with him in person this year, and to be honest I was a bit surprised he was actually at the podium but yeah he's been great.

"We talk to each other on the phone nearly every day at race meetings - his support is really invaluable to me.

"I'm sure his most important work is probably going to come up in the next few weeks deciding what's happening next year." 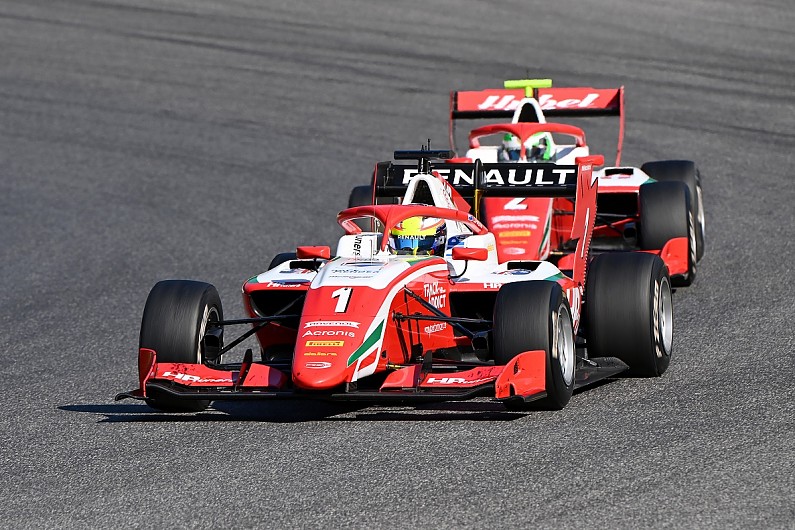 Piastri confirmed that a move to Formula 2 is "on the cards", but the identity of the team that he'll graduate with is yet to be confirmed.

"Providing everything goes well in the off-season, I think a move to F2 is on the cards," Piastri added.

"Obviously I can't do F3 again [champions are banned from returning], and ideally, I'll be doing F2.

"I don't know if I would say it's a priority [to graduate to F2 with Prema], but obviously they're having a strong year in F2.

"They're leading the teams' championship, so obviously I'd love to go back to Prema and stay there for next year, but I have no idea where I'm going to end up next year so far."