Theo Pourchaire will graduate to FIA Formula 3 with ART Grand Prix in 2019, having won the German F4 championship driving for the team part owned by Ralf Schumacher.

The 16-year-old Frenchman Pourchaire, who drove for the Sauber Junior Team with US Racing, edged Red Bull protege Dennis Hauger in a closely-fought title battle in German F4.

Following an impressive karting career, he won the Winfield Trophy and then dominated French F4's Junior class in 2018 during the series' first season under FIA F4 regulations.

He joins the likes of Ferrari Driver Academy man Mick Schumacher and highly rated Red Bull junior Juri Vips as drivers who have used German F4 as a springboard.

Pourchaire completed a day with Carlin and two days with ART during F3 post-season testing in Valencia, and ended it with the seventh-fastest time.

"This is a new challenge for me and I'm grateful to ART Grand Prix for giving me the opportunity to race in Formula 3," Pourchaire said. 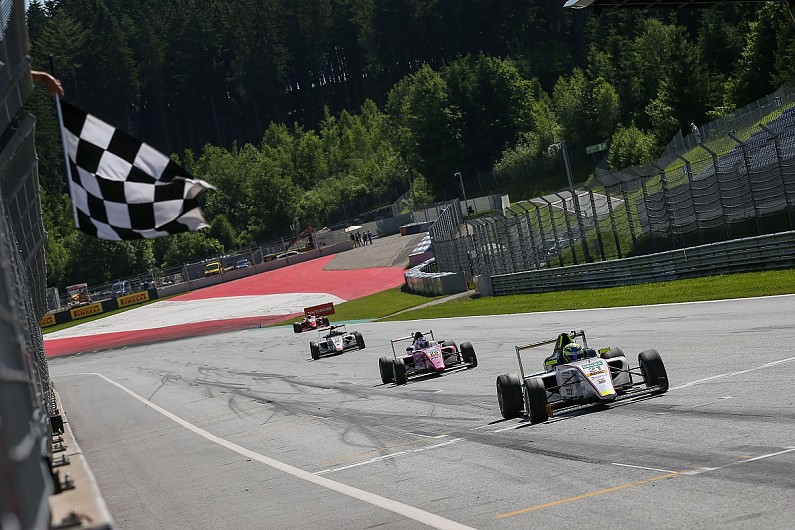 "Coming from German F4, this is a big step up, but after the tests in Valencia I feel ready to take it.

"We had all the possible conditions, dry, drying or wet and I felt good in all of them.

"ART Grand Prix gave me some leads to work on and I know where I can improve.

"I know I have a good margin of progression and that's why my main aim will be to be better and better week in week out and to be ready to fight with the front runners by the final stages of the championship.

"I still have a lot to learn, but with a team such as ART Grand Prix, I think I can make it.

"I'm young and I want to take the time to do things right."

Pourchaire is the second signing unveiled by ART for 2020, as the team had confirmed Formula Renault Eurocup frontrunner Alexander Smolyar as part of its roster earlier this month.