ART Grand Prix drivers Christian Lundgaard and David Beckmann have been excluded from FIA Formula 3 qualifying in Austria after their physios were deemed to have worked on their cars.

Renault Formula 1 junior Lundgaard took fifth in qualifying for ART, the squad which won eight of nine drivers' titles in the GP3 Series before it and the European F3 series effectively merged to form this year's new FIA-backed championship.

But Lundgaard's and ninth-place qualified Beckmann's physios were both seen holding cooling devices towards the cars, which the stewards deemed contravened F3 regulations as the physios were not part of the 11-member team allowed to work on each car.

A statement released by F3 read: "It was found that two team members who are not on the operational staff list were involved in actions impacting the mechanical and engineering operation of the cars.

"These two team members - who were identified as the drivers' physios - were seen holding a blower which was directing air into the engine intake above the drivers' head, therefore cooling the engine.

"ART Grand Prix's Team Manager indicated that the drivers' physios were not acting on behalf of the team.

"Having considered the matter extensively, the stewards determined that the actions of the drivers' physios were a serious breach of the operational staff regulations which are designed to be a key cost-limiting component for the championship.

"Both Lundgaard and Beckmann - who had qualified fifth and ninth respectively - have been given permission to start race one from the back of the grid."

As well as the two ART penalties, two other drivers were sanctioned for not slowing sufficiently under double-waved yellow flags during qualifying. 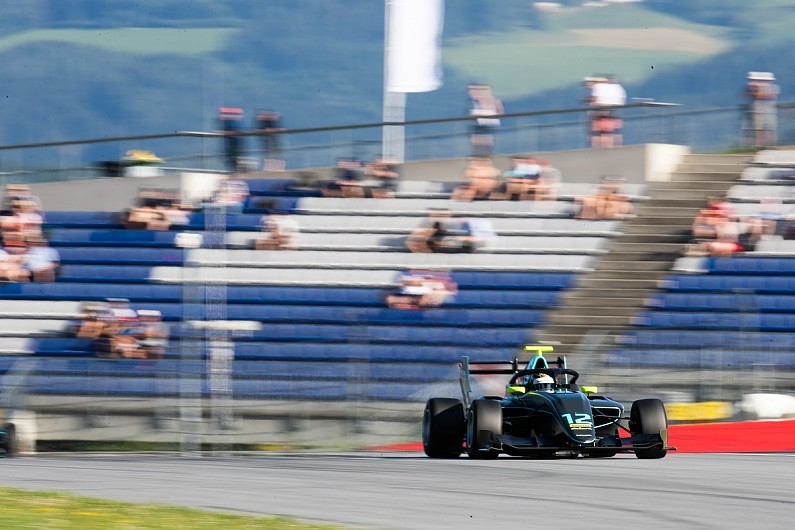 The double-waved yellow flags were issued for the stopped Prema Racing-run car of championship leader Robert Shwartzman, who, after penalties were applied, will start the race from ninth instead of 12th.

Speaking about his stoppage before those penalties were applied, Ferrari and SMP-backed Shwartzman said: "For some reason my car just shut off.

"It's tough as I'm fighting for the championship and having a technical issue now complicates things for me.

"No doubts that we could have scored pole. Tomorrow the race will be an important one, I will start P12 and I will do my best to take valuable points.

"It will be difficult to score a podium but with a good pace, I will be able to try a similar comeback to the one pulled off at Paul Ricard [where he won the reversed-grid race from seventh on the grid]."