The cars from the Formula 3 European Championship will support the DTM at all nine of their events in 2019.

This means that there is no place on the calendar for traditional events at circuits such as Pau, Silverstone or Spa.

Autosport understands that Formel 3 Vermarktungs, the subsidiary of DTM promoter ITR that has run the F3 European Championship on behalf of the FIA since 2013, had been trying to negotiate to retain its popular races away from the DTM schedule.

Now that the F3 cars, which will race for a still-untitled championship, are adhering entirely to a DTM calendar, it means a return to Brands Hatch for the first time since 2013.

That event was on the Indy circuit, so the DTM's return to Brands Hatch in 2017 on the Grand Prix circuit means that an international F3 series will use the GP loop for the first time in history.

The F3 cars will also race at Zolder, the former Belgian Grand Prix venue that has been absent from the international F3 calendar since it hosted the Masters of F3 in 2007-08 (pictured below) during a period of noise difficulties for the Zandvoort circuit. 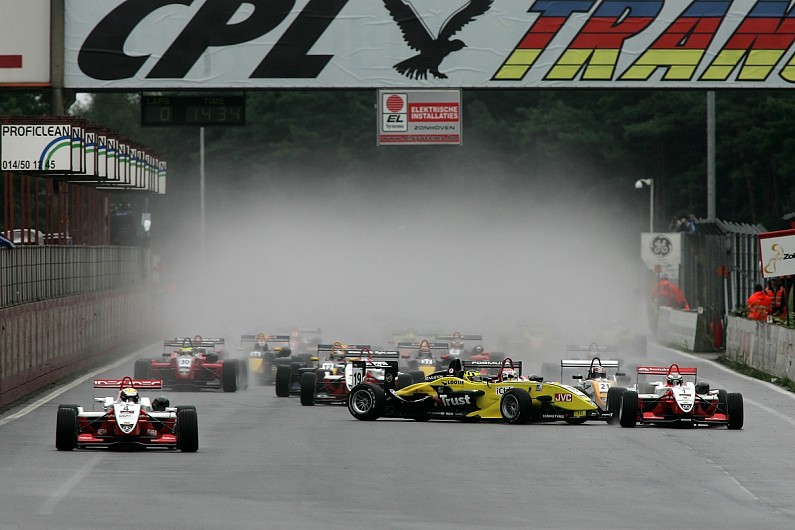 And, with Zandvoort no longer on the DTM calendar, F3 cars will make a first visit to Dutch track Assen.

F3V CEO Walter Mertes said: "We have succeeded in putting together a calendar that holds varying challenges for the young drivers.

"We have former and current Formula 1 circuits on the programme as well as new and interesting venues.

"One of the most important elements is the fact that all the races will be held in the highly professional environment of the DTM. Thus, we underline our strong partnership and close ties with the DTM.

"Teams and drivers can showcase themselves in front of the three premium brands Audi, BMW and the newly acquired manufacturer Aston Martin.

"Moreover, the DTM is guaranteeing us a maximum amount of track time per weekend."