Theo Pourchaire will make his Formula 2 debut with HWA Racelab next month in Bahrain, joining the team for the final two rounds of the season.

Pourchaire, 17, finished second in the FIA Formula 3 championship during his rookie season in the category, scoring two wins and six further podiums, and outlined his intention to move up to F2 for 2021.

The French driver, who is also a member of Sauber's young driver programme, announced last weekend that he would be making his F2 debut in Bahrain next month, but did not confirm which team it was with.

HWA Racelab announced on Wednesday that Pourchaire would be taking over the seat vacated by Giuliano Alesi after Mugello and taken by Jake Hughes at the last race in Sochi.

"I am really happy to participate in the final two rounds of FIA Formula 2 in Bahrain," said Pourchaire.

"I'd like to say a big thank you to HWA Racelab for giving me this opportunity. I can hardly wait to work with the team and get to know a new car."

"We are pleased to allow such a highly-talented young driver to take his first steps in Formula 2," said HWA Racelab team principal Thomas Strick. 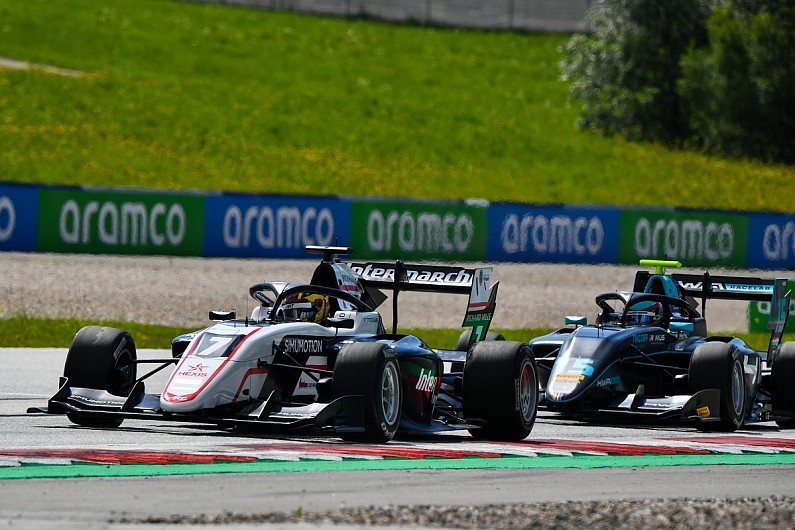 "Theo's talent is undisputed. The success he has enjoyed in his burgeoning career speaks for itself. We are excited about his debut in Bahrain.

"In recent years, he has proved several times that he can quickly find his feet in a new series."

Pourchaire's F2 debut will come on the regular grand prix layout of the Bahrain International Circuit before the final round of the season is staged on the outer loop track.

It marks a rapid rise for Pourchaire, whose last race in F4 came just over one year ago when he won the German national title.

He linked up with Sauber in June as part of its new junior academy, and is set to enjoy greater backing from the Swiss outfit - which operates Alfa Romeo's F1 operation - in 2021 after exceeding its expectations this year.

"They didn't think I could do this," Pourchaire told Autosport.