ART Grand Prix's Lundgaard led the majority of the 30-minute session and took his first F2 pole with a 1m30.133s on his final qualifying run.

Williams F1 development driver Ticktum, who had never previously qualified higher than fourth place came within just 0.005s of Lundgaard's time but it wasn't enough to displace the Danish ace.

DAMS' Ticktum will start an F2 feature race from the front row for the first time on Saturday, with championship leader Callum Ilott lining up in third place.

Ilott struggled for pace on his first qualifying run but vaulted from outside the top 10 and into third with a late-effort for UNI-Virtuosi.

His main championship rival and fellow Ferrari junior Mick Schumacher went into the gravel on the exit of the Palagio left-hander, spinning his Prema-run machine before recovering to the track. 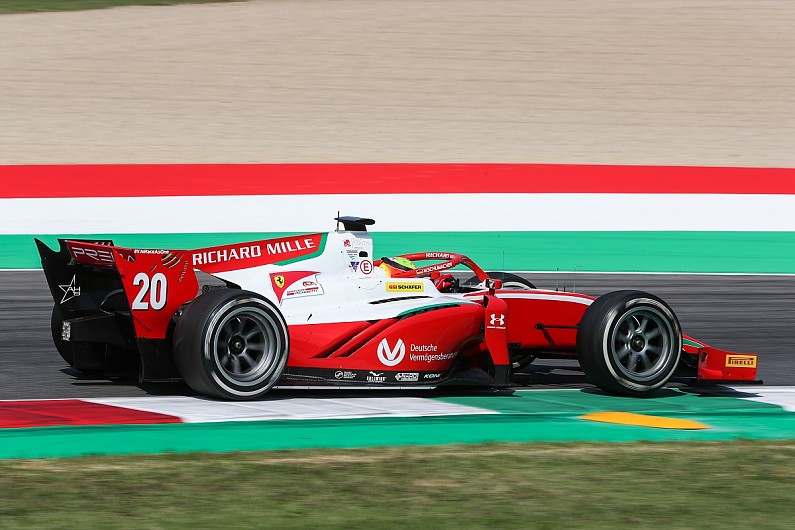 There was damage to Schumacher's bargeboard and Prema's makeshift repairs enabled him to go out for his final qualifying run, but 15th was the best he could manage.

Ferrari stablemate Marcus Armstrong earned his best qualifying performance in the series in fourth place, ending a run of dire results in his rookie F2 season with ART Grand Prix.

His former German F4 title rival Felipe Drugovich was fifth quickest for MP Motorsport with Carlin's Jehan Daruvala rounding out the top six on the grid.

DAMS' Juri Vips was set to match his practice pacesetting form before a trip through the gravel grounded him to seventh place in the session.

F2 veteran Luca Ghiotto was another driver to sample the Mugello gravel but he was able to recover to eighth place ahead of Schumacher's team-mate Robert Shwartzman.

11th place marked Red Bull and Honda protege Yuki Tsunoda's worst F2 qualifying result since the third round of the season at the Hungaroring.

Louis Deletraz ran in the top five early in the session before falling to 12th place ahead of Renault junior Guanyu Zhou, Nikita Mazepin and Schumacher.