Ahead of this weekend’s Singapore Grand Prix, it was announced that Alfa had taken up its option for Zhou’s continued services into 2023 after he made his F1 debut at the season-opening Bahrain race – scoring points there and then putting in a string of impressive performances.

The confirmation of Zhou’s rookie deal was widely expected in the paddock given his early F1 career success, but the dramatic 2022 driver market silly season meant his seat alongside Valtteri Bottas for next year was unofficially listed as open for contenders seeking new F1 homes, such as soon-to-be-ex-McLaren driver Daniel Ricciardo.

When asked by Autosport - at an event held at Alfa sponsor Puma’s main Singapore store - if continuing with his current team was ever in doubt, Zhou replied: “To be honest, no.

“I mean, there is a doubt at the beginning of the season because I didn’t know how my first rookie season would go. But, actually, it went pretty smooth.

“The team is very happy with the objectives we were able to achieve. And also showing potential – mainly from my driving.

“Halfway through I felt like there was a high chance to continue with the team.

“So, finally to continue with Alfa being announced here in Singapore was amazing. And [I’m] really looking forward to all the new challenges we’re going to be facing.” 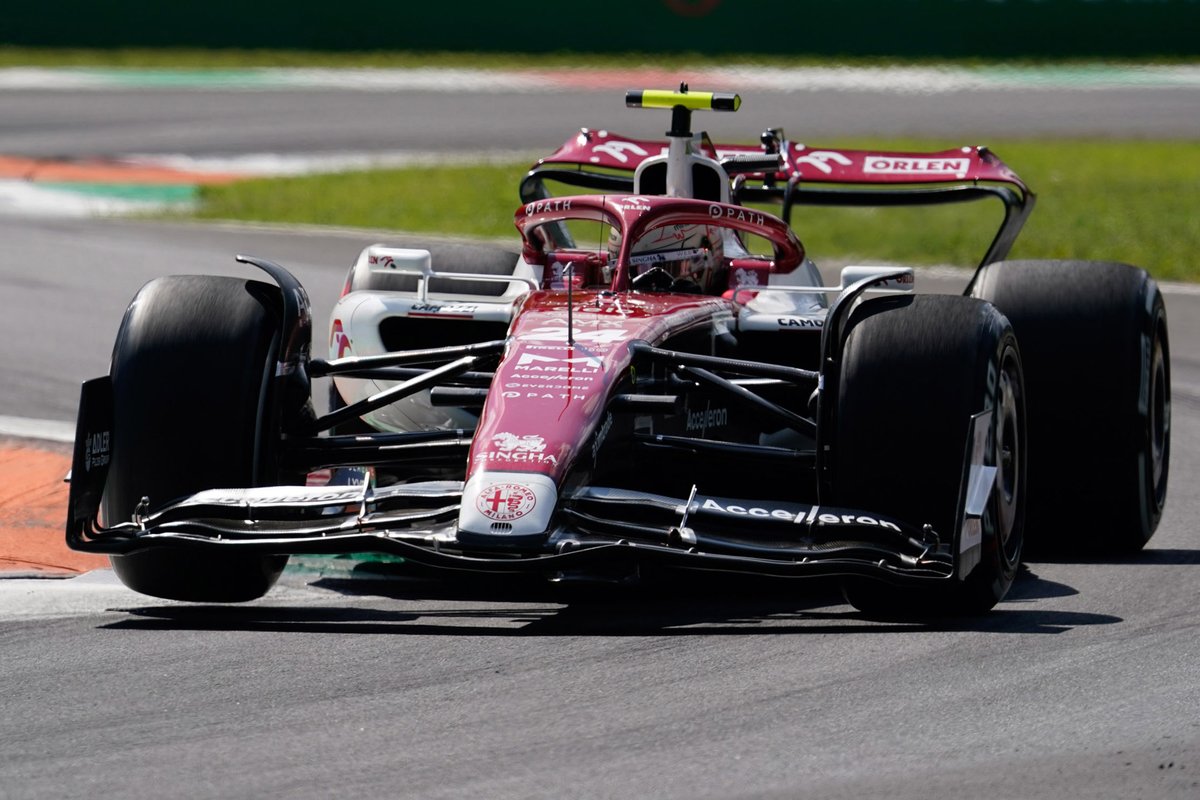 Alfa team boss Frederic Vasseur has also explained how it was “never one single thing” that convinced his squad continuing with Zhou was its best option to partner Bottas, but rather a combination of Zhou’s achievements.

“The target was clear in the beginning that together we had to do some Q2 [results],” said Vasseur.

“At the end from the first race he was able to get into Q2 and scored the point.

“He did some Q3 [results] and even in Monza he was able to again fight for Q3. It means he has stepped up.

“Outside of the car he is also doing a fantastic job in terms of the collaboration with the team and his team-mate.

“And at the factory, [he’s] trying to get extra motivation from every employee. I think he is doing the job. I am more than happy and proud by the job Zhou has done so far.”

While Zhou has made an impressive start to life in F1, his six-point tally from the 16 races so far is 40 behind Bottas’s haul over the same period, with early-season reliability dramas hindering the rookie during the period when Alfa had the upper hand over much of its midfield opposition.

This advantage was largely down to the C42 being the only car to start the season at the minimum weight limit, which meant its advantages were then eroded when other teams were able to lighten their machines.

“We had some issues in terms of reliability,” Vasseur said of Zhou’s points tally compared to Bottas.

“The worst moment for him probably was when he was fighting for points in Miami at the early stage of the season [and then retired with a water pump issue].

“It was a shame, but the season is long, his career is long [and] we have to focus on the future.

“He knows he has to improve in some areas and it’s not always easy going in the season in F1.

“And at the end, he’s doing a good job that we know it’s a long process and step by step he is there.”