Bottas pipped Hamilton to pole in Sochi, and while the Finn is still seeking a first morale-boosting win of the 2018 season the team inevitably has an eye on Hamilton's world championship hopes.

Wolff said the subject of how the team-mates should approach the race would be discussed in a meeting on Sunday morning.

"I am not sure," said Wolff when asked on Saturday if the drivers would be allowed to race.

"My feeling is that it was important for Valtteri to bounce back in the way he did in qualifying and regain some confidence.

"But we are not in a part of the season where I would particularly enjoy two Mercedes racing each other in the front, as much as I hate to say it as a race fan, but you need to calculate a little bit more at this stage." 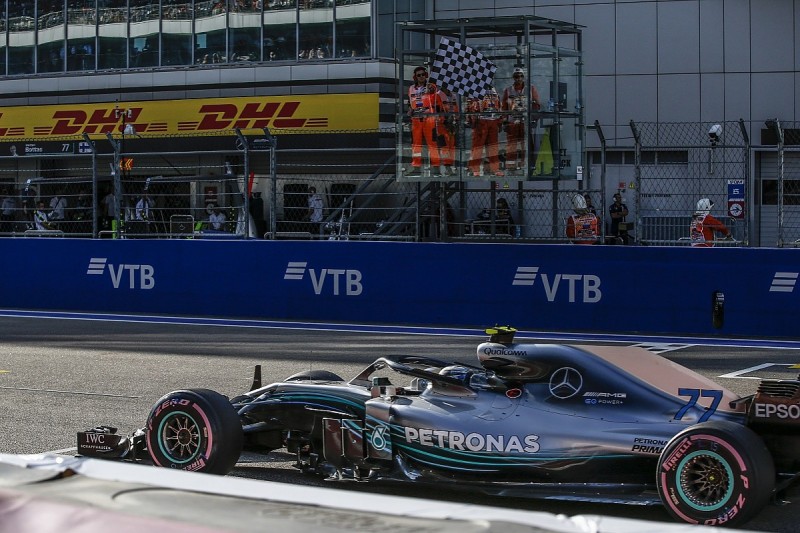 Wolff said asking Bottas to hand a win to Hamilton would not be an ideal scenario.

"None of us likes it, because we have seen it in the past from other teams, and we had the discussion between Nico and Lewis," added Wolff.

"So it is a very tricky decision to make, and we will be discussing that tomorrow morning with both of them, and as always come to a solution with the buy-in of everybody."

Asked if there might at least be a plan for how they behave at the first corner, Wolff said: "Yes, probably. We will discuss it in the morning how we see that - the senior engineers, the drivers and myself."

Wolff admitted his drivers could come under threat on the first lap from the Ferraris of Sebastian Vettel and Kimi Raikkonen, which are immediately behind.

"From last year we saw that Valtteri with a decent start was in the lead due to the long tow and this could well happen tomorrow," he said.

"I am not sure P2 is the best position to start, P3 or P4 if you catch the tow is the position to be in - not the front row."

Fernando Alonso: 'I don't have the talent' to switch to rallying