Toto Wolff believes Valtteri Bottas’s dominant victory in Turkey may not be his last for Mercedes, and proves the “vital role” he can play in both Formula 1 championship fights.

Bottas scored his first win in over a year with a controlled display at the front of the pack in the Turkish Grand Prix last weekend, crossing the line over 14 seconds clear of Red Bull’s Max Verstappen in damp conditions.

By denying Verstappen victory, it ensured that Mercedes team-mate Lewis Hamilton only slipped to six points off the lead of the drivers’ standings, having fought from 11th at the start to finish fifth after a grid penalty.

The performance came at the site of one of Bottas’s lowest moments with Mercedes, when he spun six times in the Istanbul Park race in 2020.

It was also a significant statement from the Finn ahead of his exit from Mercedes at the end of the year, ensuring he would not endure a winless final season with the German manufacturer.

Mercedes F1 boss Wolff thought Bottas’s win “may not be his last this season”, praising his “unbelievable” display throughout the weekend in Turkey.

“He started with an easiness from pole and pulled away,” Wolff said.

“He was the quickest man on-track, the best in terms of tyre management. He kept it always under control, scored fastest lap. This is a 10 out of 10.

“It can play a vital role in the constructors’ championship, but also supporting Lewis. 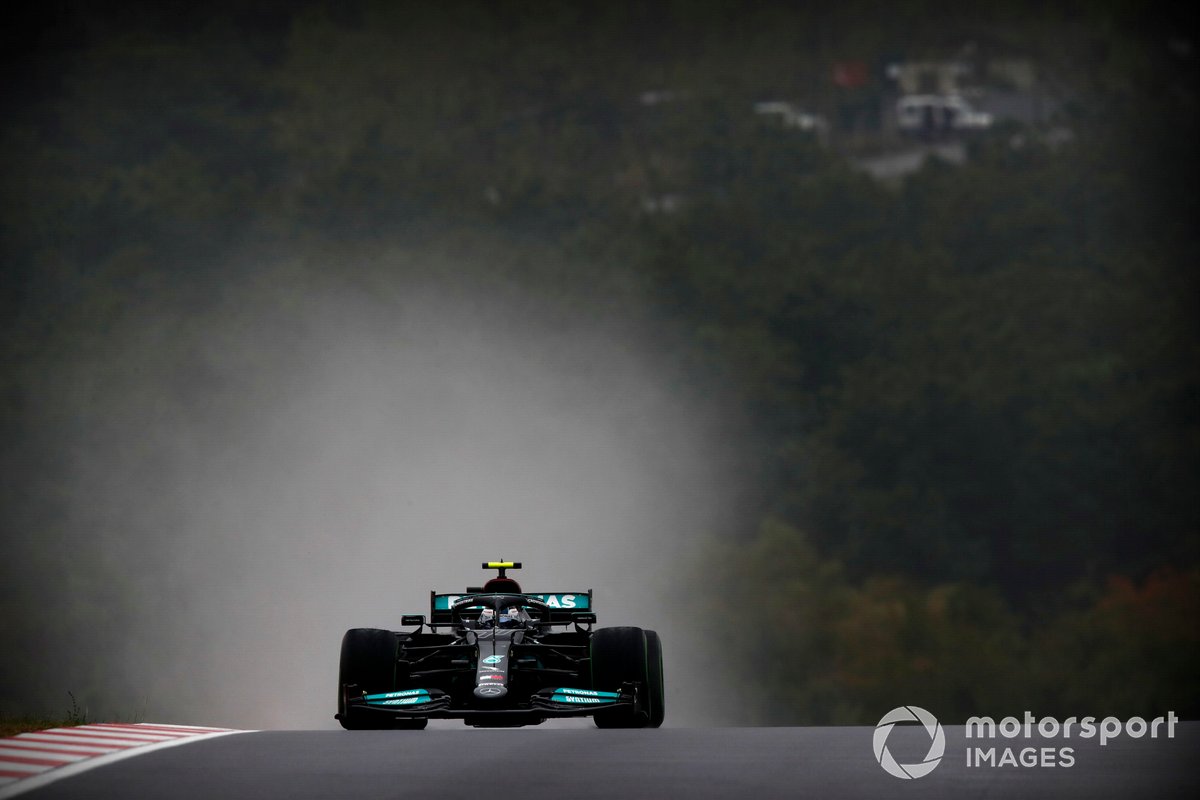 Bottas’s win and bonus point for the fastest lap also ensured that Mercedes extended its lead in the constructors’ championship despite being joined on the podium by Red Bull drivers Verstappen and Sergio Perez.

Mercedes sits 36 points clear of Red Bull heading into the final six races of the season as it chases a record-extending eighth consecutive constructors’ crown this year.

It marks a turnaround from the summer months when Red Bull appeared to have a clear pace advantage over Mercedes.

While Wolff felt the team was understanding its W12 car better now, he did not think it was possible to say with “absolute conviction” that it had the faster car.

“I believe that we have a really good package now,” Wolff said.

“The car is competitive and was very competitive [in Turkey], and if it wasn’t for a grid penalty, I think we could have had every chance to finish first and second, and eight points more.

“I’m looking carefully optimistic into the future. Austin is a track that we like. And it’s another opportunity.

“But I’m under no illusion that it is going to go very much to the end in the drivers’ championship.”