Mercedes boss Toto Wolff has said Valtteri Bottas would have deserved to stay at the Formula 1 team, despite it electing not to keep him for 2022.

Bottas, who looks set to be replaced by George Russell for next season, announced on Monday that he would be moving to Alfa Romeo on a multi-year deal.

Reflecting on their time together, Wolff paid tribute to the contribution the Finn had made during his time there – and suggested that he had done enough for the squad to be more than happy to keep him.

PLUS: Why Alfa has chosen Bottas to be its new leader

However, all the indications point to Mercedes taking Russell on board as Lewis Hamilton’s teammate next year, with an announcement expected ahead of this weekend’s Italian Grand Prix.

"This hasn't been an easy process or a straightforward decision for us," said Wolff.

"Valtteri has done a fantastic job over the past five seasons and he has made an essential contribution to our success and to our growth.

"Together with Lewis, he has built a benchmark partnership between two team-mates in the sport, and that has been a valuable weapon in our championship battles and pushed us to achieve unprecedented success.

"He would absolutely have deserved to stay with the team, and I am pleased that he has been able to choose an exciting challenge with Alfa next year to continue his career at the top level of the sport.

"When the time comes, he will leave us with huge goodwill from every single member of the team, and he will forever be part of the Mercedes family."

Bottas has taken nine race wins and 17 pole positions for Mercedes since joining the team as Nico Rosberg’s replacement at the start of 2017. 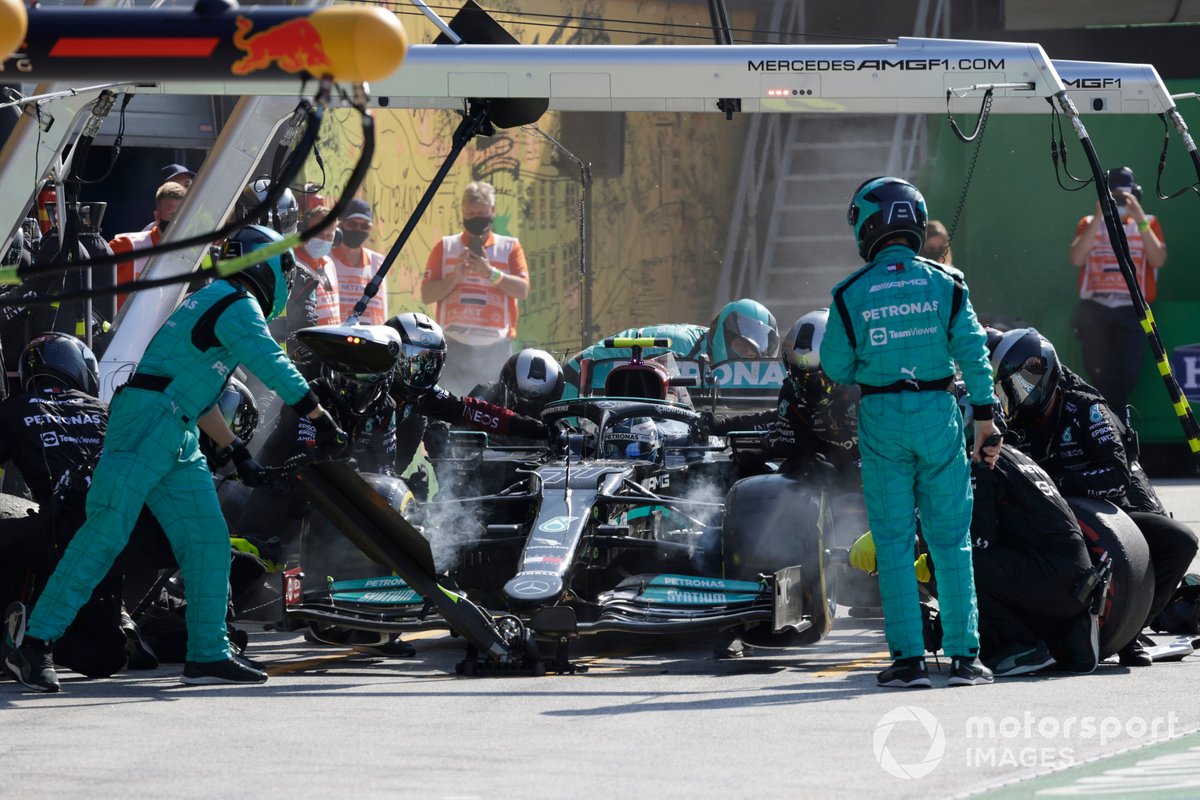 Although he was unable to launch a full-on championship assault against Hamilton during his time at the team, he says he gave everything he could and leaves with no regrets.

"When I look back on my time with Mercedes, I want to be able to say that I squeezed every drop out of this opportunity and left nothing on the table; and I want to make sure that we finish our time together as champions,” said Bottas.

"It has been a privilege and a great sporting challenge to work with Lewis, and the harmony in our relationship played a big part in the constructors' championships we won as team-mates.

“Later this year, the time will come to say goodbye. That's not for now, but I would like to thank Toto and the team for the respect in how we took the decision together.

"I am really pleased to have chosen my new challenge with Alfa Romeo, an exciting and iconic manufacturer, and by the opportunity to help lead the team forward up the grid.

“I'm as hungry as ever to race for results and, when the time comes, for wins. But for now, my mission is clear: maximum attack for Mercedes, all the way to the final lap in Abu Dhabi."