The overhaul of Formula 1's front wing rules for next season makes it tough for teams to judge aerodynamic targets for their 2019 cars, according to Williams chief Paddy Lowe

Williams (pictured above), Force India and Red Bull provided a first on-track glimpse at the new wings during the post-Hungarian Grand Prix test at the Hungaroring.

The new device, which is 200mm wider and 25mm deeper and features less complicated endplates and wing elements, is designed to improve overtaking.

Asked by Autosport how tough it was to have a realistic objective for its development of the wings before that test, Lowe said: "It's a very good question and one that's often brought up.

"Something that teams have said in the past is we'll get back to where we were, but that feels completely arbitrary in itself.

"You try to pick a sensible level based on where you start.

"How accurate is that, and what difference does it make anyway, are two questions I don't really have answers for."

The front wing change is similar to the one introduced in 2009, and Lowe said it was "in that bracket" but "not quite as significant".

Lowe was in charge of the McLaren technical team when it misjudged the downforce levels for the 2009 rules overhaul and missed the double-diffuser trick that set Brawn on its way to a double title success.

"I'm sure a lot of stuff will have to be re-optimised," Lowe said of the extent of the impact of the 2019 change.

"We haven't got that far with it, we're starting from the front at the moment and working our way back!"

Lowe said that aesthetically making the wings wider is "the same mistake" as 2009.

However, he is aware that it also presents a chance for Williams to hit back immediately after its flawed FW41 has proven to be the worst car on the 2018 grid.

"It is quite a big change, so change is always an opportunity to do well," said Lowe.

"We're very conscious of that and working very hard to be the right side of that opportunity and make some ground.

"It could be a disruption." 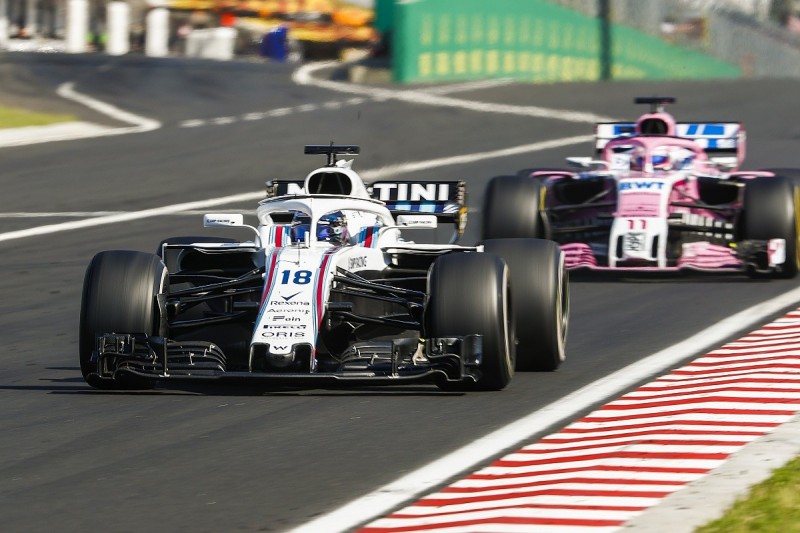 When there is any change to the technical regulations with a big impact on aerodynamics, it is always difficult to know what compromises you need to make to optimise the car.

Setting the downforce levels, and hence the efficiency levels, is not an easy task.

But they are never set in stone, you just have to go through the changes one-by-one and see what harm they have done and in what areas.

After that, you will get a reasonable idea of where you can recover that lost downforce.

From what I have seen so far, I wouldn't expect there to be too much of a loss by the start of the season.

As normal, some smartarse will get it right with some sort of widget and the others will very quickly follow suit.

You never stand up and say, 'Well, we have achieved our specification with two months to go let's all go on holiday'. If you have, then your objectives are far too conservative.

The deadline is when you must start manufacturing components that you'll have for the initial running.

How will Ferrari fill its Enzo-inspired power vacuum?