A year on from a disastrous start to 2019 testing after car build delays, Williams enjoyed a solid first week of running at Barcelona - though its 2020 FW43 did stop last Friday.

The team suffered another setback on Wednesday morning when an oil system issue forced Nicholas Latifi to stop on-track, causing a red flag.

"We had some engine problems which have been a little frustrating," said Williams.

"We're on our third engine issue now, which has obviously cost us quite a lot of track time, which is unfortunate.

"I suppose it is what can happen in testing, and at least it's not our issue that something has gone wrong with the car.

"Apart from that, it's gone well. We're covering the run programme as we can with the limited mileage that we've got.

"I would be happier if we had some more miles under our belt I suppose." 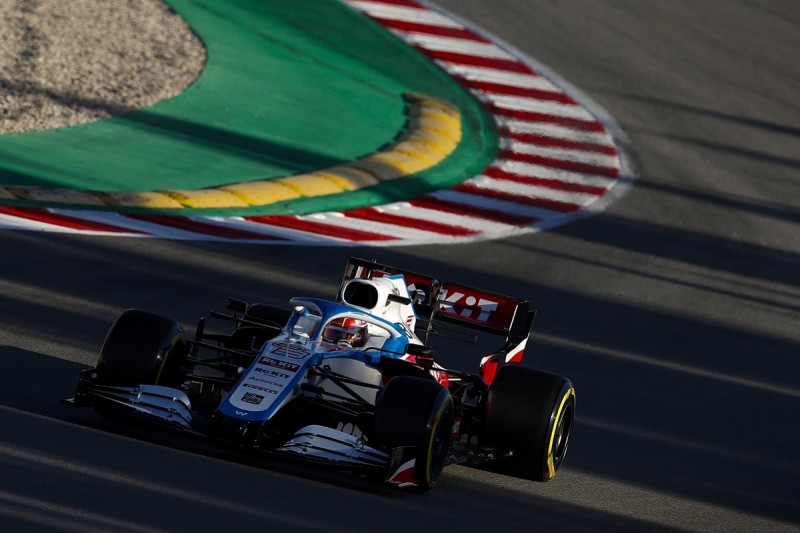 Williams confirmed the problems were being investigated by Mercedes, the team's power unit supplier.

"There were some other issues last week," she added.

"The one on Friday, [Mercedes is] still investigating, so you should talk to them about that.

"I don't think that they've found the problem. I think there was an issue with the MGU-H on the Thursday night one.

"There was a sensor issue on Friday morning that obviously was our issue. That put us off the track for probably half an hour, something like that.

"That's the only issue that we've had."

A Mercedes spokesman told Autosport: "The issue that Williams encountered today is different to the one they experienced last week.

"The first assessment points towards an oil pressure issue.

"The PU is now back on its way to Brixworth [Mercedes' engine base] where we will have the chance to take a more thorough look at it."

Williams was able to get back out on track for the afternoon session on Wednesday following the engine issue, with George Russell taking over from Latifi.

F1's Carey expects Vietnam GP will go ahead despite coronavirus