Chase Carey and Ross Brawn outlined key points of their plan to the teams in the Bahrain paddock on Friday, including a redistribution of income and efforts to cap costs and reduce spending - all of which is good news for the likes of Williams, Force India, Sauber, Haas and Toro Rosso.

"I was extremely positive about today's meeting," said Williams.

"I think we've all hoped for change, under our new management, and I think today they presented change.

"For a team like ours, based on what they presented, it was an extremely good day for us.

"I came back thinking, 'let's crack open some champagne,' because from our perspective, if we can get these new regulations through and if Liberty or FOM do everything they say they're going to do, then from our perspective I know that Williams' future is safe.

"That's not to say we were on the brink or anywhere close, but today's sport, the way it's structured, and with the financial disparity between teams, then the likelihood of Williams's survival in the medium or long term is looking pretty bleak.

"Everything they presented from revenue distribution, cost caps, was absolutely everything we want to see in 2021 and beyond."

Big teams will take a hit 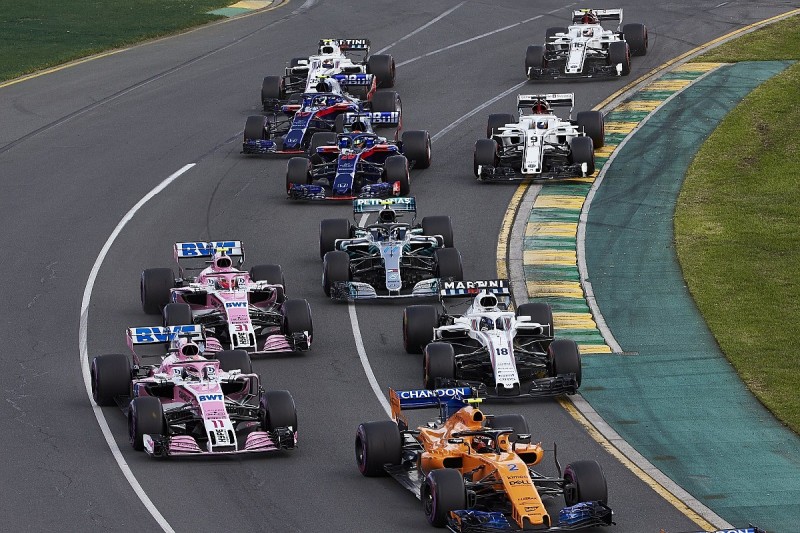 Force India deputy team principal Bob Fernley agreed the plans have a lot to offer the midfield teams. He said the proposals would be much harder for the big players to digest, especially Ferrari and Mercedes.

"It's very encouraging, the direction it's going in," he told Autosport."We're keen to support it.

"We have to respect the bigger teams have to make the biggest changes, and we have to help in that process.

"However, it can't be just a one way deal as it was a few years ago, when we were basically given a fait accompli [on current revenue deals].

"Overall, if the direction becomes healthier, and the values of the teams become stronger, it's good for everybody - that's what Liberty and the FIA are trying to achieve."

Fernley is confident controlling costs and spending will be possible, despite past doubts over such measures.

"It could be financial caps, or regulatory, both sporting and technical, with some standardisation," he added.

"There could be a number of things that could make the whole thing work."

"We have to find a way to manage the two or three next seasons," he said.

"It's not easy because the business, as it is today, is not sustainable, but at least we have the light at the end of the tunnel.

"At one stage we have to find a common approach."