The Williams Formula 1 team will focus on working out why Jenson Button's McLaren was so quick in the wet, after finishing behind him in the Japanese Grand Prix

Williams F1 drivers Valtteri Bottas and Felipe Massa qualified third and fourth in the dry, but slumped to sixth and seventh in Sunday's wet Suzuka race, behind the Red Bulls of Sebastian Vettel and Daniel Ricciardo, and Button's fifth placed McLaren.

Williams has tended to be less competitive in wet conditions than in dry with this year's FW36, and the team's performance chief Rob Smedley said while losing out to Red Bull was no surprise, defeat to Button would require serious examination.

"Red Bull were much quicker than us; they were able to generate so much more grip from the tyres," Smedley explained.

"If you put them in a street circuit like Monaco or Singapore, they're just much quicker than us.

"When you have so much water on the track and the corners become so much longer and the straights so much shorter, they're bound to have a better car.

"From a performance point of view, what we have to think about is the McLaren, because they were certainly very quick, and that's not the case when we go to street circuits. 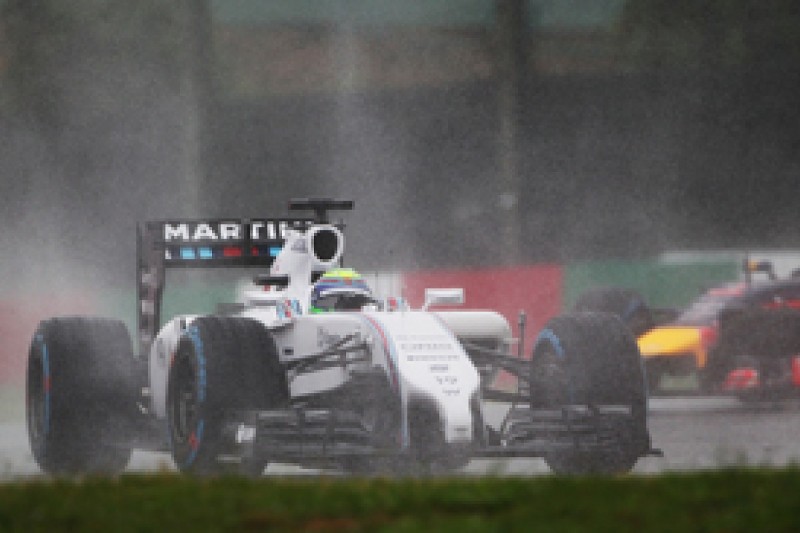 "My main focus will be to look at what they did and understand why they were quite a bit quicker than us."

Smedley reckons Williams has resolved the problems that caused its wet weather struggles earlier in the season, and that Japan could have highlighted different factors.

"It's certainly not the same problem we had in Malaysia," he said.

"That was a problem of trying to get temperature in the tyres, and perhaps we didn't understand how best to generate it.

"We've gone away and understood that very well. If anything I would say we maybe had a little bit too much temperature [in Japan], but it wasn't enough to cause the deficit [to Red Bull] - I think we've just seen a better car in the wet."