One avenue under consideration increasing the width of the tyres - which would help improve grip through corners and potentially allow drivers to push harder.

Although talks about the idea are still at an early stage, Pirelli motorsport director Paul Hembery believes increasing tyre size is a good thing to do.

"We've had the discussions with Charlie [Whiting, F1 race director] about that and we've always said that we are open to do what the sport needs," Hembery told AUTOSPORT.

"Wider tyres? That appeals. I think when you see the images of the 1970s cars, it's not so extreme that you think dragster, but you do think 'wow look at that'. 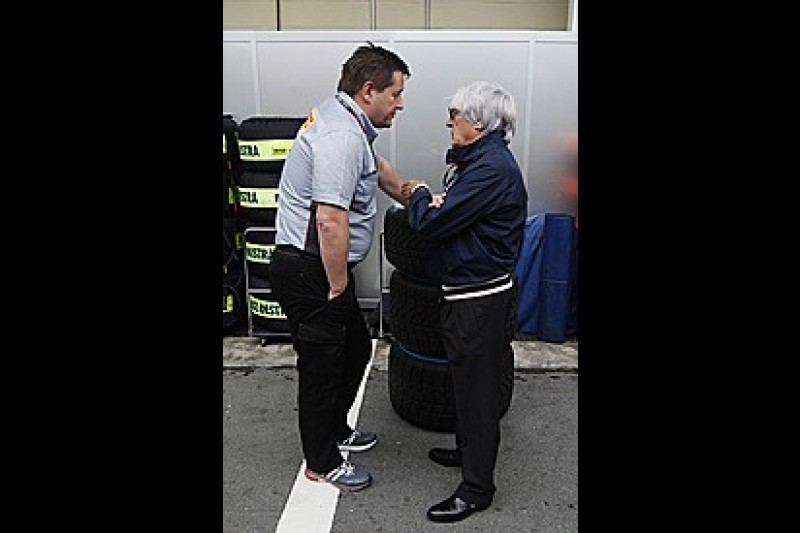 "At the moment, the tyres are quite small from many points of view. We are open to that discussion - we just need a little bit of advance notice.

"But we will do what whatever is needed to make the sport what it needs to be."

Although F1 chiefs are hoping to begin making changes to the cars - such an increasing downforce and tweaking bodywork designs - as early as next year, Hembery thinks a tyre change could only come for the season after.

"There is also a logic to that [timeframe], because our contract finishes at the end of 2016. So if you are renewing, then it should combine with that."

F1's current tyres are 245mm wide at the front and 325mm wide at the rear. Hembery believes that a good target to aim for would be an increase that makes the rears wider than 400mm.

"I would love mentally to get above 400mm - because it sounds better.

"It is like if we have 1000bhp - that would also be great. I think there is an element of our sport that needs to get some big numbers back in there."

The F1 team that's had the best winter