After observing what happened on track and following a discussion in the drivers’ briefing Masi has adjusted the list of corners that will be monitored from FP3 onwards.

On Thursday, in his regular notes issued to teams, Masi specified the exits of Turns 4, 12, 13, 14 and 16 as locations where he expected drivers to run wide and track limits would be monitored via timing loops in the track.

As is usually the case he stressed that any indiscretions would result in deleted lap times, and that in the race three offences would result in a black and white warning flag and a report to the stewards.

However during FP1 no drivers actually had their times deleted as Masi allowed them to learn their way around while the FIA studied where the real issues were.

Before the later FP2 session Masi issued revised notes that deleted all the specific references to corners that had previously been included.

Instead he included a more general explanation that stressed that the edge of the track was the kerb, rather than the white line, noting: “The track limit on the exit of each corner at this track is defined as when no part of a car remains in contact with the purple and white kerb.

“For the avoidance of doubt, drivers will be judged to have left the track on the exit of a corner if no part of the car remains in contact with the purple and white kerb.” 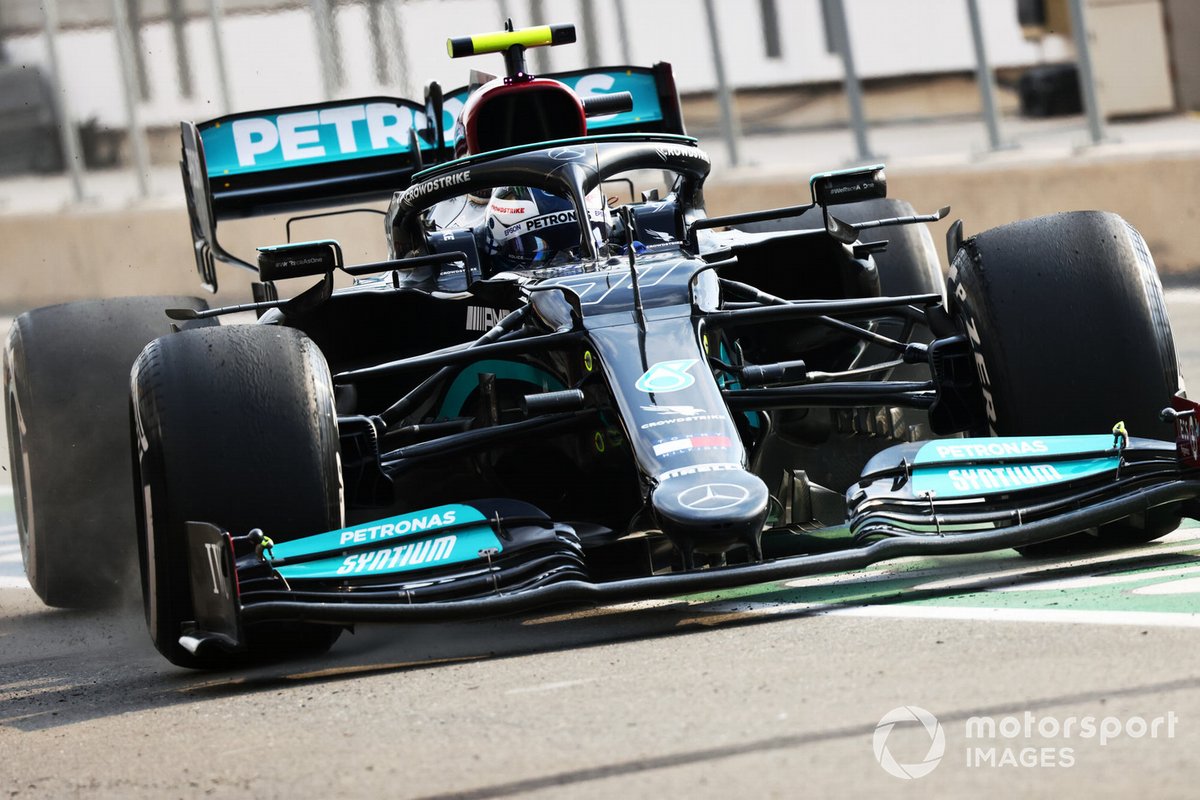 In effect that ruling covered the whole of the track rather than just the corners previously specified.

Subsequently in FP2 times were deleted at three corners that had not been singled out before, namely Turn 2 (George Russell, Daniel Ricciardo and Lando Norris), Turn 7 (Valtteri Bottas twice, Fernando Alonso twice and Charles Leclerc), and Turn 8 (Leclerc). In addition Lance Stroll lost a time at Turn 16, which had been on the original list.

After the drivers’ briefing on Friday evening Masi sent out another revised set of notes, listing Turn 2, Turn 7 and Turn 16 as the specific areas of concern. Those corners will be monitored from FP3 onwards.

An FIA spokesperson told Autosport: “With this being a new venue we were always going to take a learning approach with the free practice sessions.

“We came in with a view based on simulations and evaluated through FP1. Based on that we made some changes to the [race director’s] notes in FP2 which gave us more insights, which together with the discussions in the drivers' briefing have resulted in the updated notes that went out last night.

“We understand from the outside that it may be difficult to follow, but we firmly believe that this process gives us the best possible framework to effectively police track limits when it comes to qualifying and the race."

Bottas, who lost two laps times but was still fastest on Friday, admitted to some “confusion” as where the limits were defined.

“All the run-offs are tarmac, so it’s quite easy to go off and gain time,” he said. “Even some of my fastest laps, I had confusion, I didn’t know what was allowed and what wasn’t.

“I’m sure it’s going to be a talking point in the drivers’ meeting today. It’s just the nature of the track really, and that’s creating issues.”