As Daniel Ricciardo took in another disappointing Formula 1 weekend for McLaren in Monaco, the comparisons to his situation 12 months earlier were hard to ignore.

In 2021, as he continued to fight to get up to speed with his new team, Ricciardo was lapped by podium-bound team-mate Lando Norris. It was a stark display of the gulf between them at the time, portrayed fairly brutally in the most recent season of Drive to Survive.

Back then, it was about Ricciardo getting to grips with life at Woking. Come Monza, he emphatically hit back at his critics by scoring McLaren’s first win for almost nine years, proving that he “never left”, to quote the Australian’s post-race radio message.

It felt like a similar story with his struggles this time around in Monaco, but the narrative felt like it had shifted massively. Ricciardo limped to 14th in qualifying and 13th in the race to end a week that had been dominated by chatter about his future in the kind of fashion that did little to dispel concerns over his position. This is no longer a new driver still adjusting to life at a new team; it’s a seasoned grand prix winner performing well below expectations.

McLaren Racing CEO Zak Brown’s comments at the start of the Monaco race week appeared to light the fire under Ricciardo a bit, acknowledging he was not meeting the team’s expectations. Ricciardo agreed with that statement, stressing no-one was more disappointed with how this year had started than himself, but made clear he had a three-year contract in place - only for Brown to then reveal there were “mechanisms” in place that could lead to his departure before the end of the deal in 18 months’ time.

The form book so far this season does little to suggest Ricciardo is any further along in his progress at McLaren than he was 12 months ago. In six races, he has scored points just once - finishing sixth in Australia - as well as taking sixth in the Imola sprint before the first-lap clash with Carlos Sainz ruined his Sunday. Norris, meanwhile, has over four times as many points (48-11) and has failed to score just once in the Bahrain opener where both McLarens were disastrously off the pace. 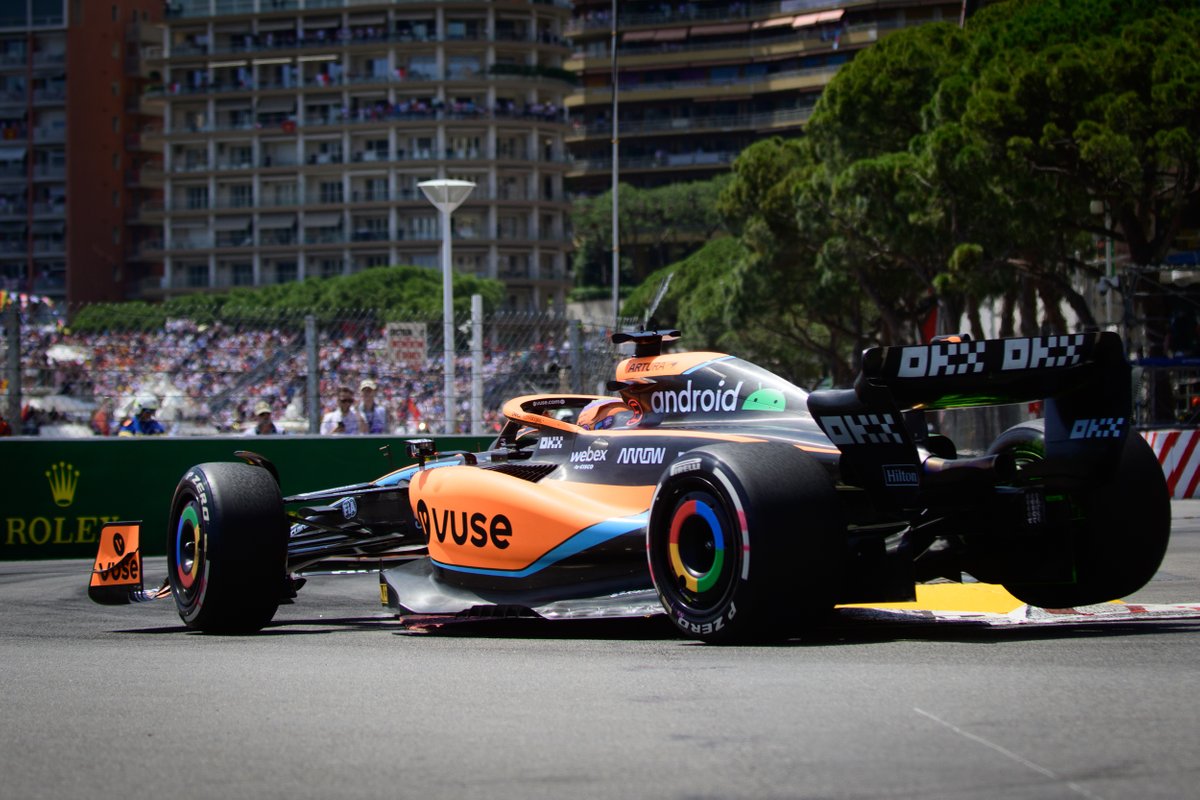 McLaren team principal Andreas Seidl is always pragmatic when it comes to dealing with difficult periods. Speaking after seeing Ricciardo drop out in Q2 on Saturday in Monaco, he called for the team to “simply keep our heads down, keep analysing what we see in the data weekend-by-weekend and see what we can do also on the car, in order to help Daniel with a clear goal, to find these lost percentages that are missing in the end”.

“Daniel is committed, he's very experienced,” Seidl added. “We are committed to make this work.”

Ricciardo has been open about his difficulty in unlocking the most out of the McLaren MCL36 cars far this season, admitting in Monaco that “sometimes I can see and sometimes it’s less clear” where he is not clicking with the car: “It’s still been a little bit tricky for me to always like gel 100% with the car and feel like I can pull out these… I’m trying to say spectacular laps, but that sounds like I'm really bigging myself up - but yeah, just to pull out those heaters, I guess.”

Ricciardo has always thrived off having total confidence in the car, something you particularly need around a track like Monaco. He knows what it takes to win there, making his run to 13th despite the rain offering the chance to shake things up a fairly bleak result. He said afterwards it was “not a strong weekend” as “we were not quick enough to make a big impact on anyone around us”.

Seidl added in Monaco that it was “also down to us to keep developing the car for both guys”, helping to get the very best out of both Norris and Ricciardo every single weekend. “We're all not happy if we finish P5 for example in a qualifying,” Seidl said. “We all want to be part of the generation at McLaren to fight for race wins again and together championships in the future.

“We simply have to keep going, in all areas of the team, in the way how we work also with Daniel, and then hopefully we can keep making steps.”

McLaren can naturally call on some of the work that it did last year to help Ricciardo acclimatise to the car and improve his performances towards the end of the season. Yet there is undoubtedly a race against time in this. If in another five or six races, Ricciardo is continuing to struggle, as silly season ramps up, both he and McLaren undoubtedly will get swept up in the merry-go-round. Even with a contract in place, the speculation and distraction it can pose is something they will be eager to avoid. 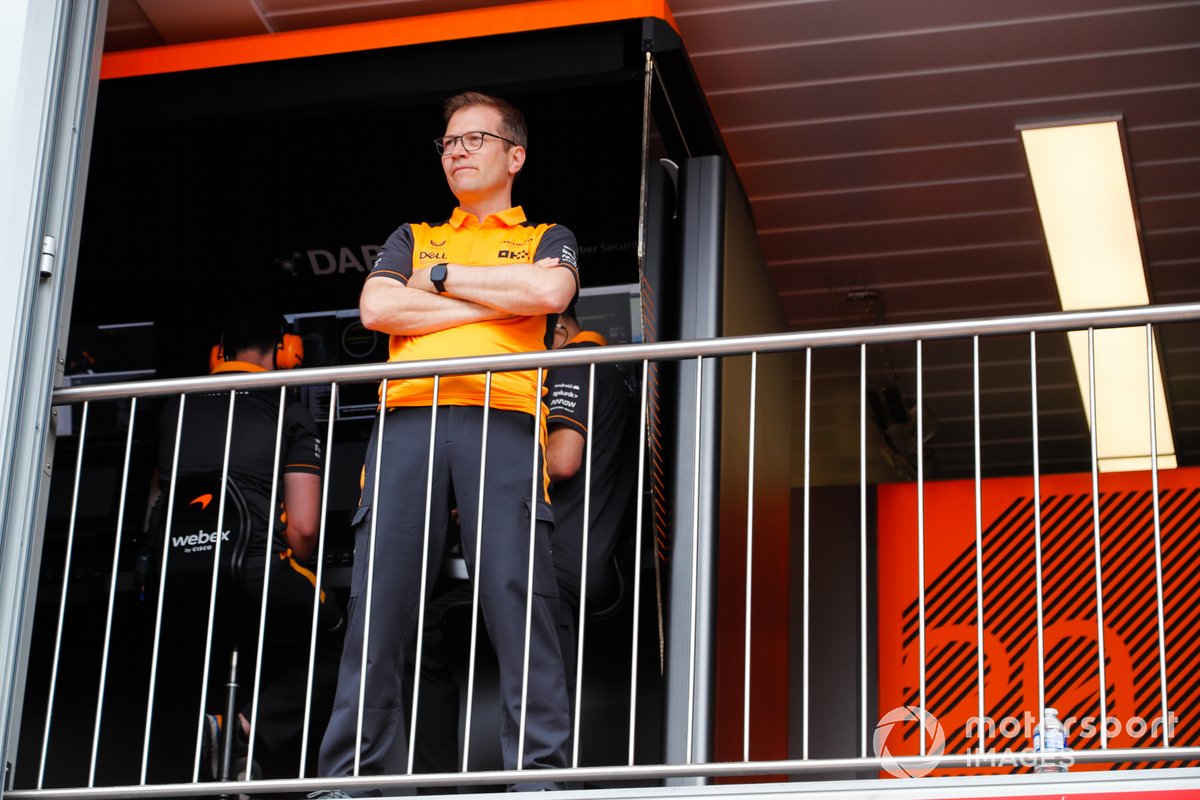 The struggles also mean that even minor details are analysed in even greater detail as being possible signs of cracks in their relationship. One example came after Ricciardo’s practice crash in Monaco, when after his race engineer, Tom Stallard, quickly asked “is the car OK?”, Ricciardo replied: “Erm, I’m OK. The car isn’t.” Stallard then said he had now seen the car and understood the reply, but the clip was quickly leapt on across social media. Ricciardo’s decision to place the acronym ‘FEA’ - standing for ‘f*** ‘em all’ - on his helmet also attracted attention online, with the Australian later explaining that it was a message not directed at anyone and instead a way to pump himself up as he got into the car.

McLaren had wanted to sign Ricciardo way back in 2018, when he dramatically left Red Bull to link up with Renault. The team finally got its man in 2021, and although it now has a race win under its belt thanks to him, there can be no sugarcoating that things have not worked out as planned. Ricciardo was meant to be a catalyst in helping its charge back to the big leagues in F1; this season especially, he’s fallen a long way short of that.

But McLaren knows what Ricciardo is capable of. We saw that at Monza last year, where he was simply unbeatable in the race, even without Max Verstappen and Lewis Hamilton crashing out together. The potential and hunger is still there, and McLaren remains committed to get the best out of him.

Last year, Ricciardo used the summer break as a chance to reset and come back stronger in the second half of the season, something he did to great effect. This time around, waiting until the Spa-Zandvoort-Monza triple-header to really hit his stride may be too late to stop the noise from becoming too much, and lead to some soul-searching about what Ricciardo’s future looks like.

The commitment is there from McLaren to make it work with Ricciardo. But if things do not turn around quickly, its patience will surely be tested. 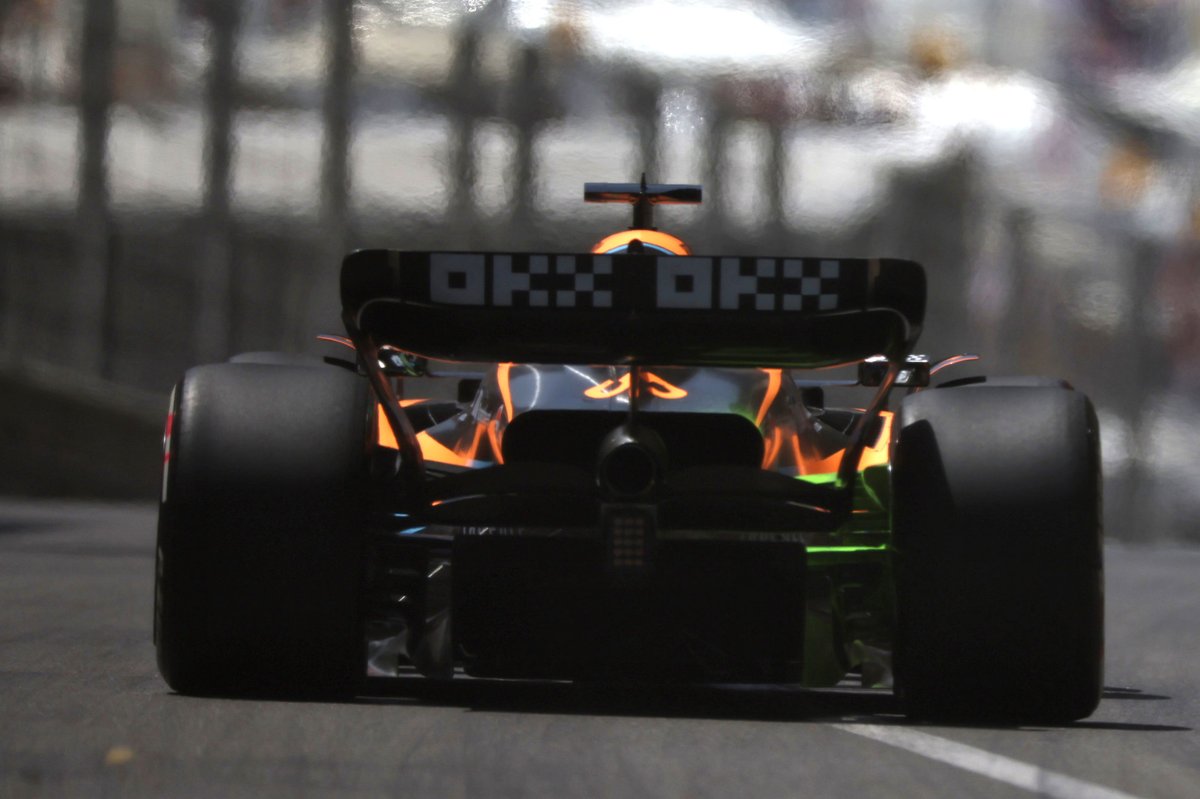 Porpoising: A lesson from history and one of F1’s greatest teams