Sebastian Vettel has won two of the first three races of the Formula 1 season, but his team-mate Kimi Raikkonen is the real benchmark of Ferrari's strength at the start of 2018

As a four-time world champion who is younger and has considerably better recent form, it is no surprise to see Vettel being an opportunist on Mercedes' bad days and the benchmark on Ferrari's good ones.

However, Raikkonen's rise from distant number two to consistent frontrunner at the start of this year is much more at odds with his recent history.

He has been competitive from the start of each grand prix weekend this year and is closer to Vettel by every measure.

Raikkonen's qualifying deficit to Vettel over the first three races is 0.073s - that compares to 0.391s over the same three races last year, and 0.276s over the course of the entire 2017 season.

It's the most competitive Raikkonen has looked over one lap since the final third of 2016, when Vettel looked more and more jaded as Ferrari's anticipated title challenge that year failed to materialise. 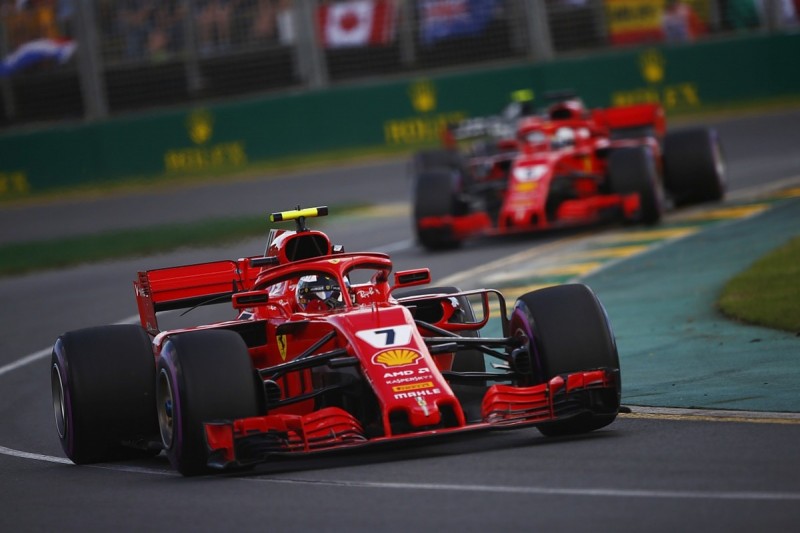 The car's compliancy appears to be the catalyst. Raikkonen has often displayed an inability to adapt to a car that does not suit his style.

He appears immediately comfortable with the Ferrari SF71H, which has retained its predecessor's consistency and is giving its drivers good feel and a stable front end in different conditions.

Raikkonen clearly did not get on top of the 2017 Ferrari as quickly as Vettel but his form did improve throughout the season. Ferrari's refinements mean Raikkonen is quicker out of the starting blocks this year.

Factors outside his control - the safety car in Australia, a botched pitstop in Bahrain and Ferrari's awful strategy in China - have cost him the results his form has deserved, but there is something missing in him too.

Raikkonen failed to realise his strong practice form in Bahrain and from the Chinese GP weekend he must shoulder at least some blame for being overhauled by Vettel in qualifying.

Then, after a good start, he was arguably too timid challenging Vettel into Turn 1 at the start.

With this car, though, Raikkonen already looks a bigger asset to his team and F1 than he has been for some time.