New Alpine Academy recruit Jack Doohan says the layout of the French team's Formula 1 junior programme swayed him to choose it over continuing with Red Bull.

The Australian had the option to extend his stay in the Red Bull junior programme for 2022, but elected to switch to Alpine, joining fellow FIA Formula 3 graduate Olli Caldwell and F3 drivers Victor Martins and Caio Collet as part of its junior line-up.

Last year Doohan finished runner-up to then fellow Red Bull junior Dennis Hauger in F3, in what was his fourth year as a Red Bull junior, having been part of the initiative since racing karts in 2018.

It could be seen as a bold call to switch from Red Bull to Alpine given the French team's inability to promote any of its previous intake of juniors to F1, including countryman and reigning F2 champion Oscar Piastri, who is set for a year on the sidelines as the team's reserve driver.

However Doohan, who will step up to F2 this year with Virtuosi Racing, says he feels the Alpine Academy offers better opportunities to reach F1 and more importantly tools to become a better all-round driver.

"I think just the layout of the programme and what it is going to do for me to become a better driver," he explained when asked what convinced him to join Alpine.

"Obviously Red Bull had that, but if it was the same I wouldn't have moved.

"I don't want to touch on that too much, but [Alpine] was just a really good path to become a better driver regardless of the end goal.

"To learn as much as possible and to get valuable time is something you really can't get anywhere else and that I hadn't been getting.

"It is coming to a point where it is make or break in Formula 2 - there is nothing really to go back on, so I had to make the decision for what I wanted to do to become a better driver, and Alpine was that.

"In my limited time with the programme, already I'm enjoying it a lot and I can't wait to continue to build and build the relationships. I'm obviously still a fresh face and everyone else is a fresh face for me too." 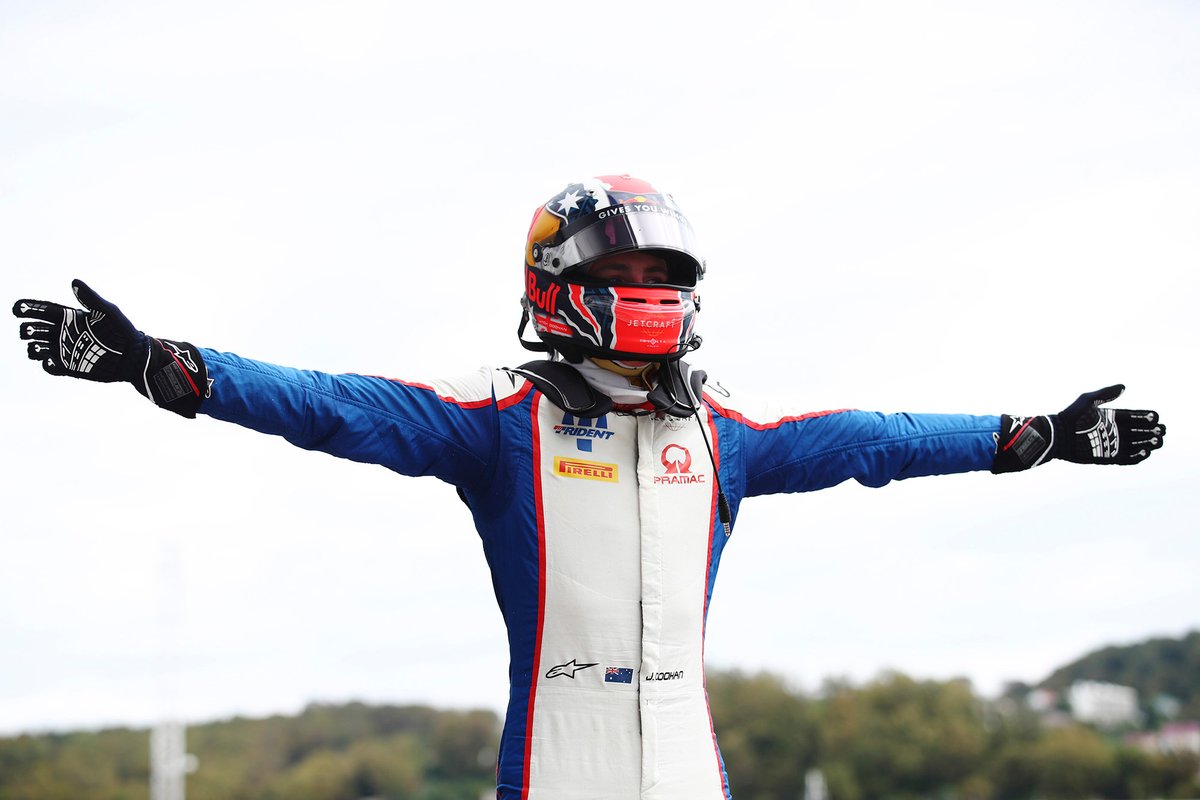 While acknowledging Alpine has struggled to promote young drivers to F1 race seats, Doohan isn't overly concerned that the move may hamper his chances of achieving his ultimate goal with the operation.

He says the fact former academy members Guanyu Zhou and Christian Lundgaard have progressed to F1 and IndyCar, respectively with Alfa Romeo and Rahal Letterman Lanigan Racing, proves the academy can put drivers on a path to a professional career.

"In the short time I have worked with Alpine I think they have a programme, that regardless of end goal of F1, makes you into a better driver by teaching you more," he added.

"From F1 tests, to working with the team, from speaking to the engineers - you have all this information you can take and is available for you to go forward.

"It ultimately makes you into a better driver and F1-ready.

"Then at the end of the season if you have done a good job, like win the championship or come close - and like Oscar he will get his opportunity - it's not just Alpine, but other F1 teams that will be looking at you as well.

"They are giving us the opportunity to press forward and be able to become a professional in what we do.

"The main part of it is to become a better driver and going forward in F1 or like Christian [Lundgaard] in IndyCar or [Guanyu] Zhou in F1, who went to Alfa Romeo.

"A lot of people will say that Alpine hasn't promoted to its F1 team, but everyone who has been in their programme, you can't disrespect them and say they aren't a good driver or haven't grown while they have been there."