The Formula 1 grid is full of superstars who can boast about having driven some of the fastest and most exotic machinery on the planet. There’s one paddock regular, however, who has something on her CV that would be the envy of many of the F1 regulars: she’s been a James Bond stunt driver.

Jessica Hawkins, who races in W Series and is an ambassador for the Aston Martin F1 team, has managed to use her skills behind the wheel to earn her place in pulling off some of Hollywood’s biggest stunts. And is she proud of it? Absolutely.

“Who doesn't want to have worked on a Bond move?” she smiles. “It was an incredible experience. One that I'll hold with me forever.”

Despite the big screen kudos, racing is Hawkins’ number one passion. That is why the 26-year-old's appointment to Aston Martin this year has been such a significant moment.

For even though it is an off-track role, and driving opportunities in the F1 car remain a dream for now, what Hawkins is picking up by being part of the team is proving hugely valuable.

Her media commitments mean she is often embedded within Aston Martin for those weekends when she isn’t battling it out with her W Series rivals. And all the knowledge she is picking up is priceless.

But, better than that, in a sport renowned for a closed shop mentality where teams are often ultra cautious about revealing anything, she’s found nothing but openness since her first race weekend in Baku.

She’s sat in engineering meetings, asked questions to team personnel, and been on track walks with the drivers to get a close-up look at how everything works in F1. 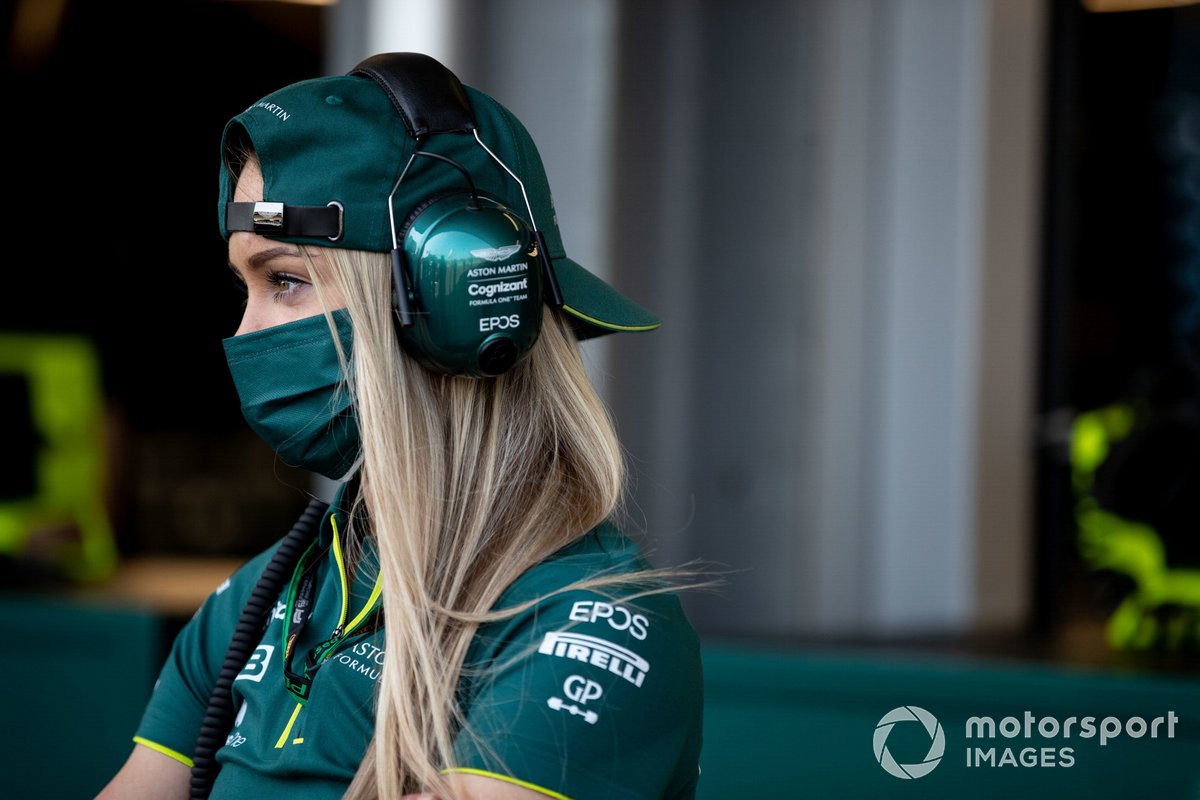 “I knew that I was going to be part of the team, but I've been absolutely blown away by how welcoming everybody's been and how a part of the team I have been made to feel,” explains Hawkins, who also made her British Touring Car Championship debut this season at Snetterton in a Ford Focus ST.

“Within just a few hours of my first race in Baku, I felt like I was part of the family, which is really nice and heart warming. I feel I can ask questions and I'm not being made to feel like I'm annoying or anything like that.

“I've been taken under their wing and they'll help me as much as they can. Being part of a team is something that I feel like I've lacked over my career, so to be involved with such an amazing team is a level up for me. And what a place to learn.”

"Unfortunately, I didn't have the resources to go racing, so I chose to take [the stunt driver] job. And whilst it didn't seem the best decision at the time, I cannot tell you how much of a good time I had" Jess Hawkins

Hawkins has shown through her career a determination to succeed, even though she has never had wealthy backers ready to take her to the next step.

A multiple karting champion, including the British Open Honda Cadet class in 2008, she began her single seater career with a one-off outing in Formula Ford at Silverstone in 2014. A half season in MSA Formula (F4) followed in 2015, but there was little chance of continuing to build on those early steps without sponsors.

Starting from the bottom of the ladder in national-level tin-tops, in 2016 she had an outing in the VW Racing Cup series, before a move to the Mini Challenge in 2017 netted her six class wins and runner-up in the pro division championship.

She felt that she needed to step up if her career wasn’t going to stall, but without financial backing behind her there weren’t really any options.

Then came one of those Sliding Doors moments that resulted in her life taking a different path – but one that has now paid off handsomely. 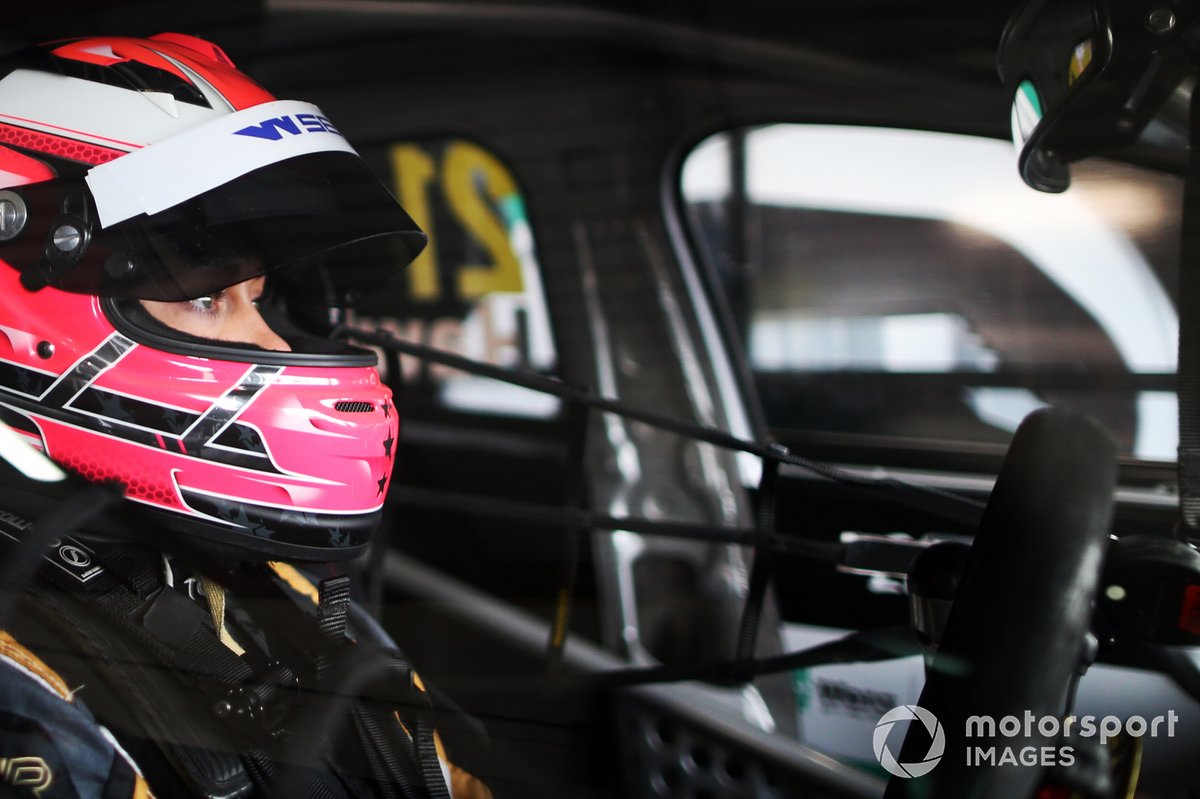 Having been sent a job advert for a female stunt driver, Hawkins applied and won a role with the Fast and Furious live show.

“I was finding it impossible to find the budget, so the opportunity arose to have an audition for the Fast and Furious live - and I got the job,” she says.

“Whilst at the time I really wanted it, it wasn't racing and it's kind of a hard decision that I had to make: do I go and do that, or do I go and carry on this dream of racing?

“Unfortunately, I didn't have the resources to go racing, so I chose to take that job. And whilst it didn't seem the best decision at the time, I cannot tell you how much of a good time I had.

“It was probably one of the best experiences that I've ever had, and I will struggle to top that experience. That year and a half really was amazing. I added a few more skills to my CV, and that then snowballed into a couple of movies.”

One of those movies just happens to be the new James Bond ‘No Time to Die’ epic...

The good time she was having as a stunt driver was amplified when the creation of the all-female W Series for 2019 gave her the exact racing opportunity that had not been there before.

And although a lack of single seater, and testing, experience meant she was always going to face an uphill task in terms of early results, the progression during the season was clear to see. 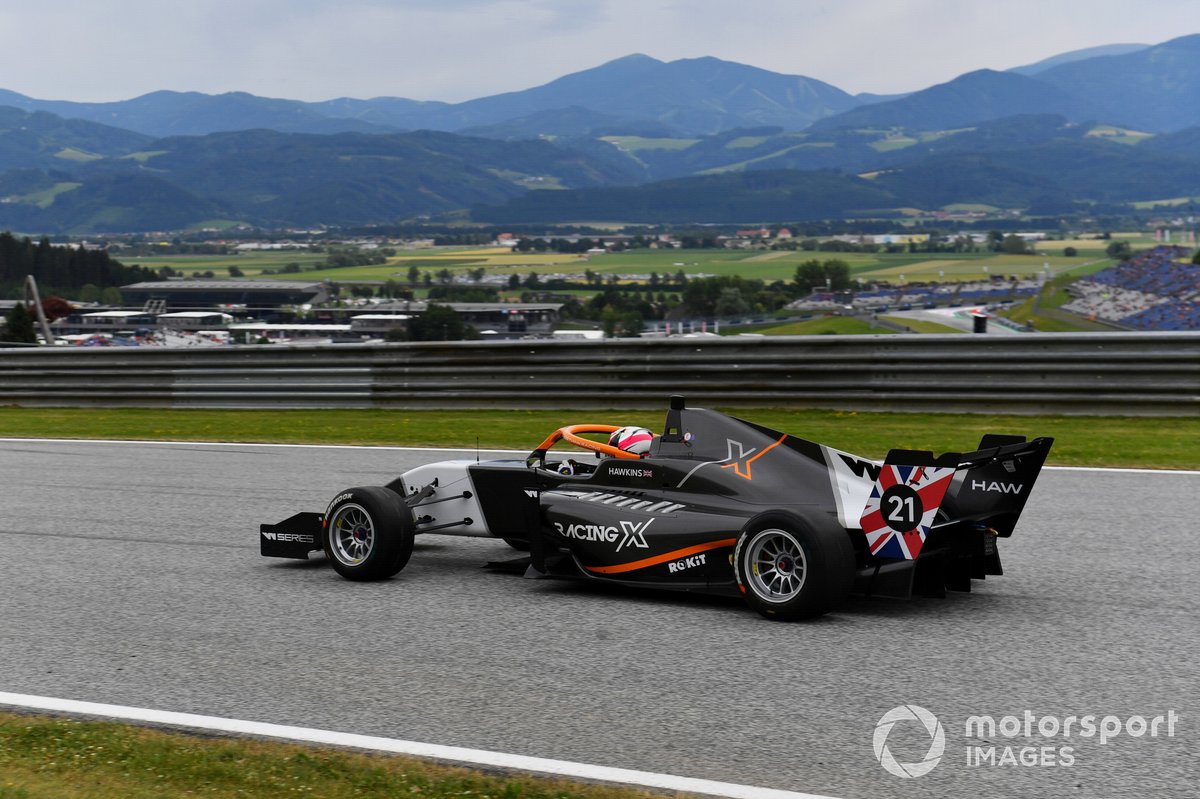 “I have so much to thank W Series for, because genuinely if it wasn't for them I would not be racing,” she explains.

“I'd stopped racing before W Series because of budget, and yet they've given me kind of a second chance. I know I’m one of the most inexperienced on the grid, but I’ve worked hard and I’m working hard to make up for my lack of experience.”

W Series has done an awful lot in terms of changing attitudes, and giving career chances to drivers who would previously have been consigned to watching from the sidelines.

That second chance delivered Hawkins the shop window for the Aston Martin role, and all the benefits that are now coming from it.

"I know I’m one of the most inexperienced on the [W Series] grid, but I’ve worked hard and I’m working hard to make up for my lack of experience" Jess Hawkins

Hawkins hopes that her current role with Aston Martin can expand in the future – with the obvious first step being getting some time in the team’s simulator.

And, while her current life may be a world away from filming James Bond movies, she’s clear that being involved in the racing side of things is much more the real her.

“I started this journey racing,” she says, “and racing is where my heart lies.” 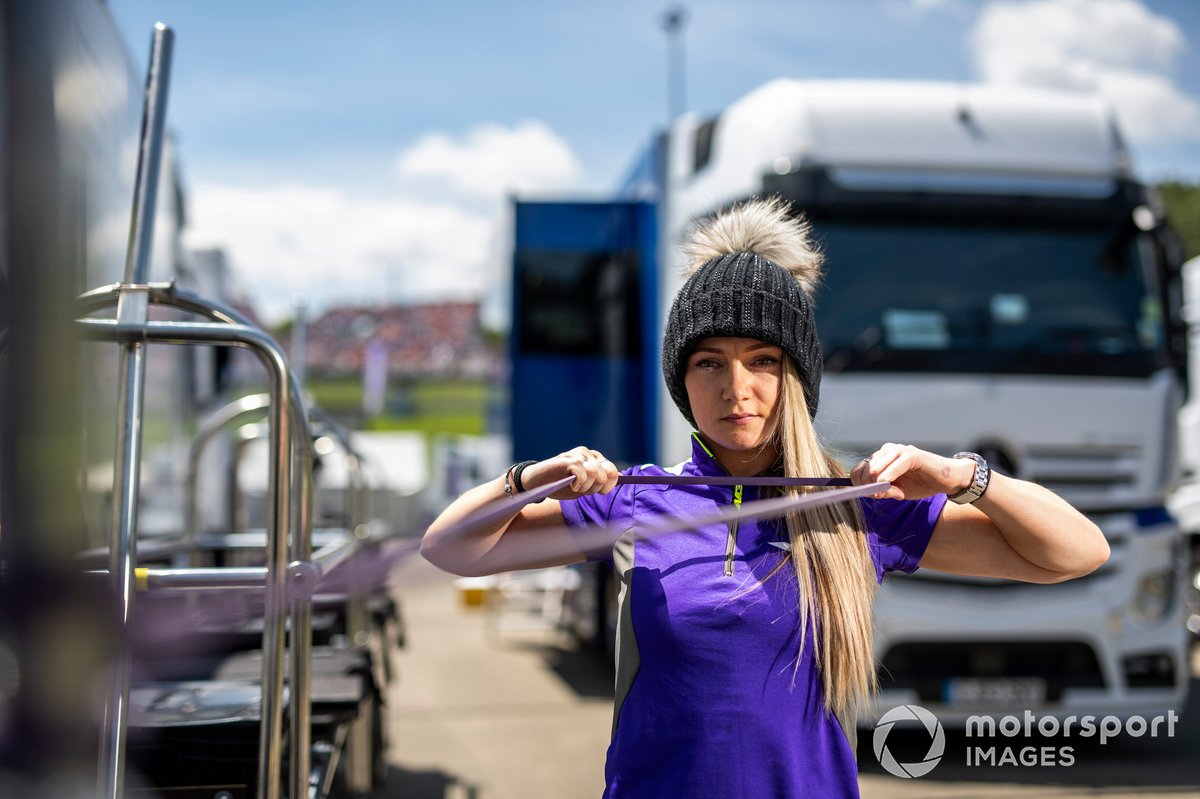 Jessica Hawkins, warms up prior to the race