Subscribe
Previous / F1 B-team comments about Haas felt like a "broken record" Next / Mercedes W14 may be no closer to Red Bull at start of 2023, says Wolff
Formula 1 Analysis

The start of Formula 1’s new engine freeze era last year marked both the best of times and worst of times for Alpine’s engine partner Renault.

On the positive side, its revamped Renault E-Tech RE22 power unit locked in both a decent step forward in horsepower, but also a compact design that helped with packaging of the A522 car to help improve its aerodynamics.

But the quest to make aggressive gains was not without its downsides. Too many times Fernando Alonso and Esteban Ocon would find points opportunities evaporate thanks to engine failures.

By the end of the year, it was no surprise to find Alonso especially unhappy about just how much trouble he had faced and the price he had paid personally for it.

"I think it was around minus 50 [points], so now we have another eight," he said after the heartbreak of his exit from the Mexican GP.

"So it's minus 58 points or minus 60 in a year, which is really unacceptable on my car.”

But despite the difficult moments that at times made it look like Renault had got things badly wrong, the truth of its situation was instead one of calculated risks.

Just like Ferrari had done, Renault knew that, with the engine freeze coming in to play until the end of 2025, there was no room to hold back on performance with what it was racing with last year.

With technical changes only allowed for reliability problems once the campaign got underway, any horsepower left off the table with the 2022-spec engine was effectively gone forever.

The tactic therefore was to throw everything at bringing performance from the off: even if it meant that things were not as reliable initially as they needed to be.

While that risked opening the door to the kind of trouble that Alpine would go on to endure, it was always a case of short-term pain for long term gain.

The pay-off would come later as, when the reliability fixes were in place, the end product would be much better overall than a super-safe lower spec initial launch design.

Renault's F1 engine chief Bruno Famin is open that it was far from a conservative approach.

“We took quite a lot of risk in fact,” he said reflecting on the situation last year.

“The risk we took was in trying to develop as light as possible the engine, and taking the risk not to do the full validation process we would have done normally. 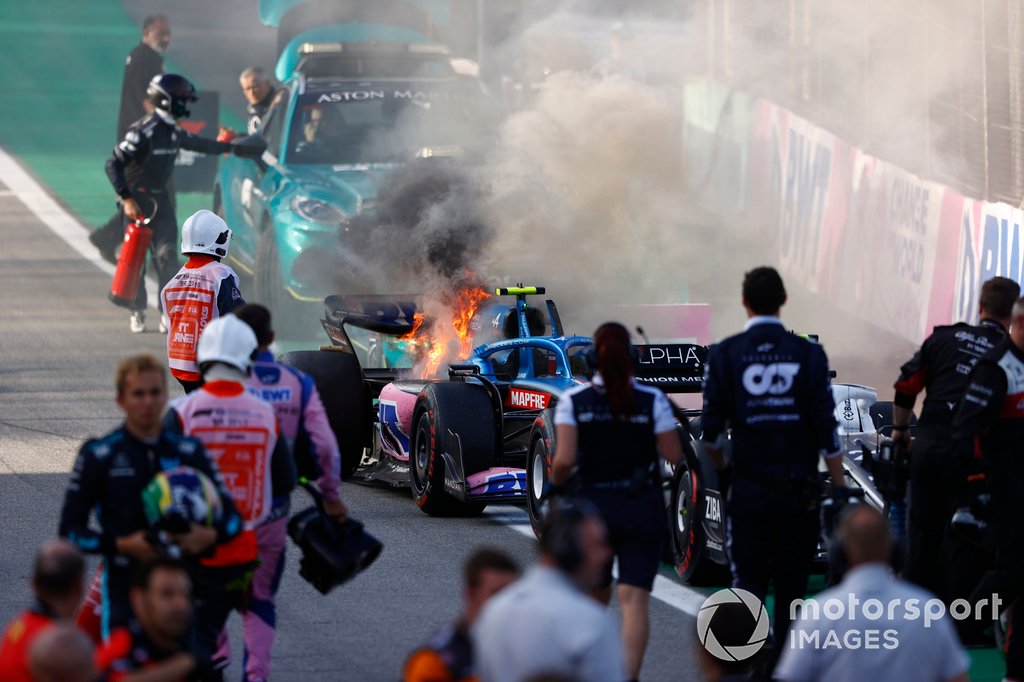 The car of Esteban Ocon, Alpine A522, on fire in Parc Ferme

Famin acknowledges that its approach triggered some difficult moments in 2022, but he is adamant it was the right thing to do.

“I think the strategy was a good one, even if we have got some issues,” he explained.

“We had problems in Singapore; two in fact which were very strange because to have two different problems in eight laps was quite incredible.

“But all the other problems we had were much more on the auxiliaries side; water pump, fuel pump. And this is something we are quite optimistic that we will be able to solve for ‘23.”

Alpine is indeed working on a revamped water pump for 2023, and tweaks to other auxiliaries, to try to ensure that there is no repeat of the scale of reliability dramas it faced last year.

What it means is that the reliability troubles have not triggered any need to sacrifice performance to play it safe; which is exactly what had been hoped for.

“I think we are not going to go back in anything,” adds Famin about the steps planned for this year. “We are going to work and we are already working deeply on details, especially on the auxiliary side.

“But the second part is that we are pushing our validation processes; trying to improve it and trying to do it in the best possible way for a much better way than we have done for 2022.

“If we have not done it fully in 2022, it was not because we did not want to. Instead, it is because we preferred to push on the development side. So, the target for 2023 is to keep the same level of performance and to make everything reliable.” 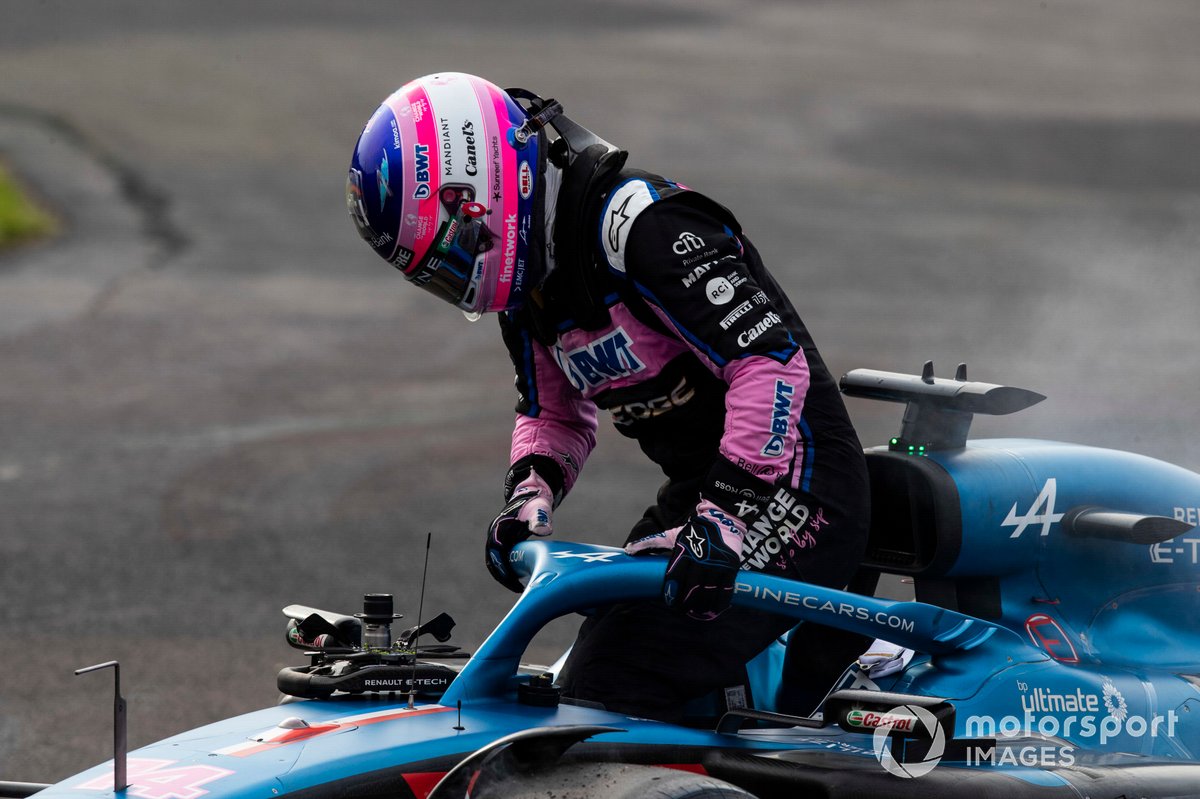 Fernando Alonso, Alpine F1 Team, climbs out of his car after retiring from the race

With the freeze in place, Famin acknowledges that it will be hard for Alpine to find further performance gains; but he is clear that does not mean it will stop looking at avenues to unleash extra pace.

“There is no real margin to be honest, because you cannot by rule improve the performance of the engine,” he says.

“What we can do is in trying to improve the performance of the car, like through packaging, for example. We can imagine changing an inlet line, or changing the exhaust line, to allow our colleagues from Enstone to make better aerodynamics.

“The idea is to progress, even if it is a very small margin. It's not pure performance. It's more driveability and integration/aero gains.”

The returns may be well diminishing, but that was the very reason Alpine took its gamble last year. Now, 2023 will properly show whether its risky tactic has fully paid off.

F1 B-team comments about Haas felt like a "broken record"