Jenson Button's return to Williams is a welcome feel-good story, but its signing of the 2009 world champion it handed a Formula 1 debut to as a 20-year-old could also be a shrewd move in its mission to move up the grid, says LUKE SMITH

Almost 21 years to the day since he was named as a Williams Formula 1 driver for the 2000 season, Jenson Button has returned to Grove. Since then, Button has won a world championship, scored 15 wins, defeated Lewis Hamilton as a team-mate, and established himself among the top tier of F1 drivers before stepping away at end of the 2016 season.

Post-F1 life has been kind to Button. He has won the Super GT title, raced at Le Mans in the LMP1 class, moved to the United States and had two kids. He's also become a co-owner of a sportscar team that won on its British GT debut last year, bringing back the Rocket name established by his father, as well as dabbling in TV punditry duties with Sky Sports.

But Friday's surprise announcement that Button would be returning to Williams as its new senior advisor is an interesting step for all parties. It shows that Button still has an itch to scratch in F1, taking up a new challenge in a role that will be unlike anything he has done before.

Yet it also says plenty about Williams and the new approach that has followed the takeover of the team by Dorilton Capital in August, showing how different things are now.

Unlike other sports such as football or rugby, where players typically move into coaching or management once their playing careers are over, F1 does not currently have many ex-drivers in team management roles. The biggest non-TV roles they tend to get are as race stewards. Of the current grid, the most race-adept senior team figure is Christian Horner, who made it as far as Formula 3000 in the late 1990s before turning his attention to management with Red Bull, where Helmut Marko - who started nine grands prix for BRM in the early 1970s - serves as an advisor. 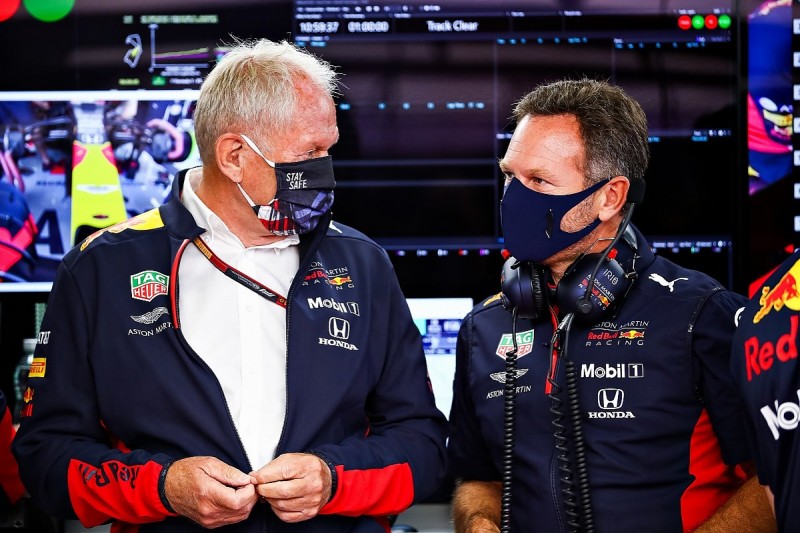 Dorilton has already established a strong management team, appointing former Volkswagen motorsport chief Jost Capito as CEO to work with Simon Roberts - who worked with Button at McLaren - but for a non-racing company, the more input it can get from experienced figures within the series, the better.

It is also the latest step from Williams to break with the previous approach. The arrival of Capito was particularly significant, following the approach also seen by the likes of McLaren and Alpine. While Roberts will look after the day-to-day running of the team, Capito can look after more of the management-level affairs and deal with the broader strokes that are required at times.

The decision to use more Mercedes parts from 2022 also shows a new openness from Williams, which staunchly defended its independence in the past.

PLUS: The ethos change behind Williams' bid to move forward

The appointment of a recent driver as a senior advisor is also a new step, not just for Williams, but for any F1 team. Michael Schumacher was the last driver to take up such a role at Ferrari following his first retirement at the end of 2006, but it was more of a natural continuation with the team.

"It's important to hear what the drivers have got to say, because that's where my strength is" Jenson Button

In this case, Button has been snapped up by Williams directly with no recent history. Their last public dealings came over 15 years ago when he worked his way out a contract agreement so he could remain at Honda.

The announcement from Williams said that Button would "provide advice and guidance to the team at Grove, along with helping support and develop both race and academy drivers." There is no suggestion he will be as hands-on at management level as someone such as Marko. His focus is on the drivers, George Russell and Nicholas Latifi, helping to try and bring out the best in them and help maximise their performances on-track.

It's a role that suits Button well. Speaking to Autosport last year ahead of his appearance in the British GT season finale for his Jenson Team Rocket RJN squad, Button said: "I definitely don't sit down and discuss financials. We do talk about it, but for me it's important to hear what the drivers have got to say, because that's where my strength is. 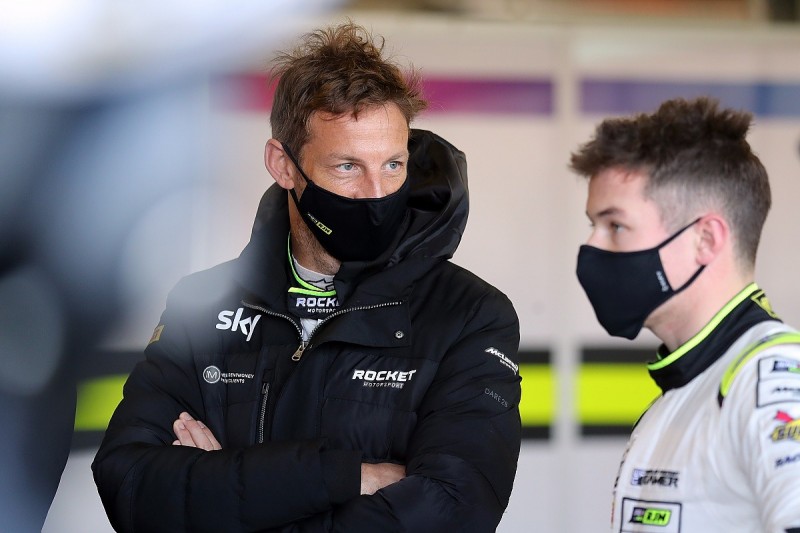 "I've been involved in teams around the world in different forms of motorsport for many years and understanding that driver-engineer relationship is very important, so I always do debriefs with the drivers.

"We all get on a Zoom call, we're all there for the debrief which is good to hear what they've got to say when it's fresh and discuss what went wrong, what could be better in terms of the car, the team but also where they feel that they can be better in themselves."

This is the kind of input that Button can provide. He knows what it is like to be part of a teams both mired at the back of the grid and those fighting for championships. It is the kind of experience very few people can offer.

And as impressive as Russell may have been through his F1 career to date, he is still just two seasons in, while Latifi has just a single year under his belt. To have the added input from Button will be hugely valuable.

There is also the natural marketing value. Following the announcement on Friday, Twitter was awash with fans asking "what year is it?" and joking that they thought Button was coming back as a driver. It has created even more buzz around Williams, which for a team so many want to see back fighting properly in F1 is only a good thing.

Button's dedication to the role will also be hugely important. He has previously spoken about how his love for racing in F1 waned towards the end of his career, but instead of carrying on, he was happy to call it quits and follow other pursuits, such as linking up with life-long friend Chris Buncombe to buy into the RJN sportscar team. As Button said himself last year: "There's no point having your name on something unless it's great."

This is a role he will have taken up because he is excited by the challenge and ready to try and play a real part in turning things around. 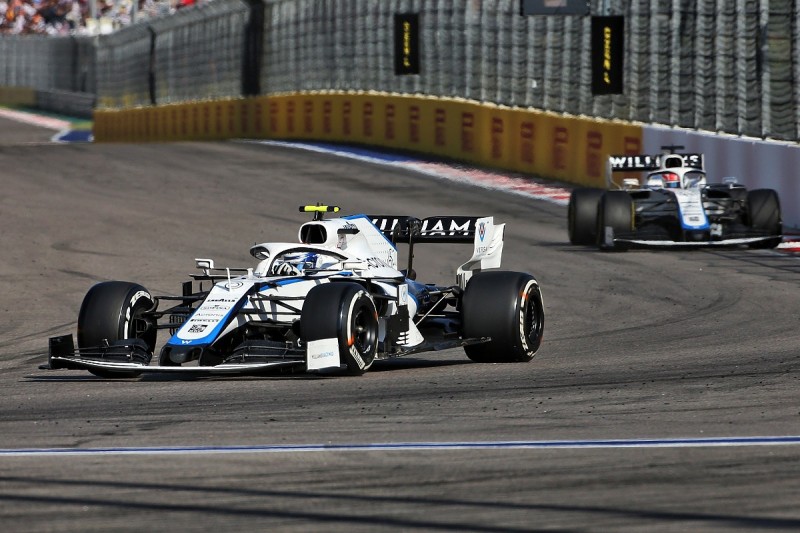 "I'm going to do my part to help this team back to the front," Button said in the announcement video. "I really can't wait to get to Grove, to spend time with the drivers and more of the staff. There's so much to run through before this first season working together."

Button has done plenty since his final F1 start, but is now ready for an official role back in the series. Although he will be maintaining his Sky F1 TV duties, if his dedication to his other racing ventures if anything to go by, there will be plenty for Williams to gain.

Just as it was in 2000, the signing of Jenson Button could be an incredibly canny bit of business from Williams. 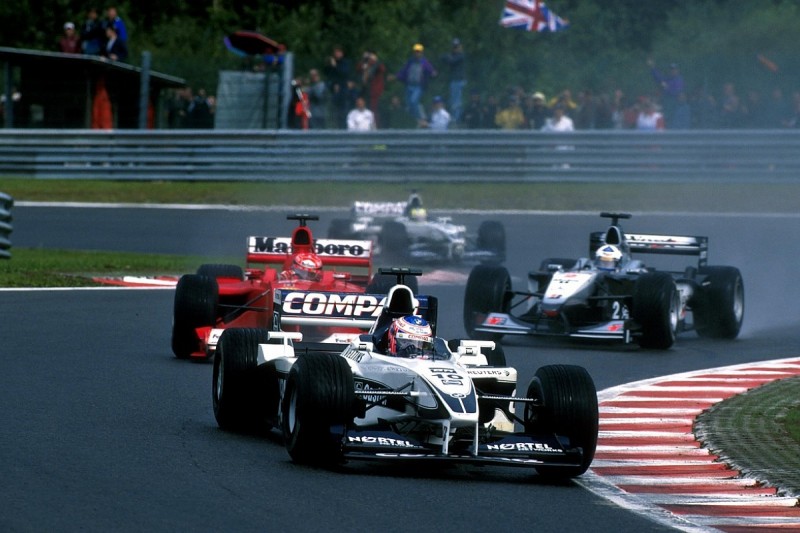