Aston Martin says that any change of its green paint colour for next year must not compromise the weight of its Formula 1 car.

The Silverstone-based team has begun looking into a potential tweak of its green livery for 2022, with the dark pantone having not been as good as it originally hoped.

While the team was happy with how the green looked in real life, the colours have not come across as well on television images.

And, in particular with the way that cameras pick up the light, the dark Aston Martin has often been hard to distinguish from the black Mercedes in certain angles.

Speaking earlier this year, team principal Otmar Szafnauer said that the type of green used on its car would be reconsidered.

"I think it's a stunning colour in the sun and when you're looking at it in person," he said. 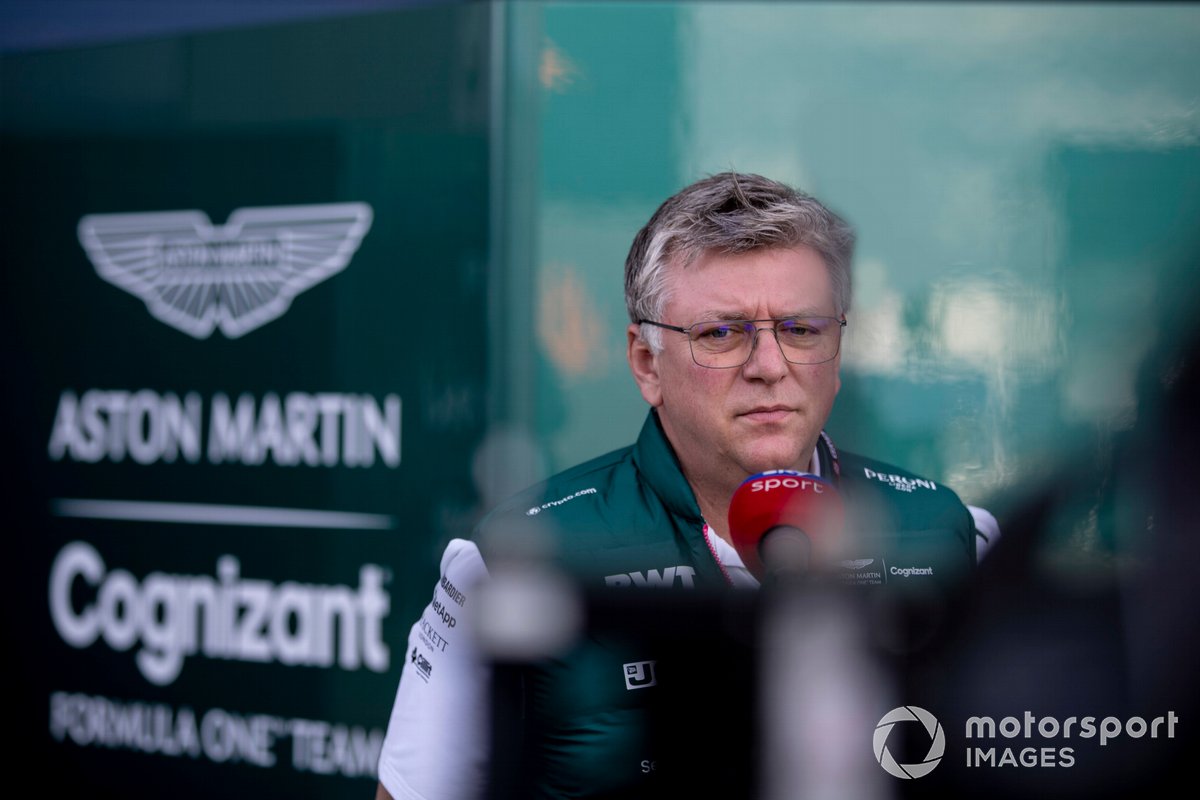 Talks at Aston Martin about its 2022 livery, and the choice of green, began this week at its Silverstone factory, with senior chiefs now working out what would be best.

But Szafnauer is clear that the team needs to carefully consider any change of green, and especially cannot choose one based on optics if it ends up adding too much weight to the car.

Asked by Autosport about the latest situation on the paint scheme, Szafnauer explained that one of the key issues the team faced for 2022 was getting close to the minimum weight limit.

"We just started looking at that," explained Szafnauer in a media call ahead of the United States Grand Prix.

"We've had a senior team management meeting and we started talking about next year's paint, and how much of the car we will be painting next year, with what colour.

"But weight is also a big factor. We've got to take as much weight out as we can. So we're just in the process of that now."

Aston Martin is not alone in facing a battle to get its car close to the minimum weight limit for 2022.

New regulations, increased crash test demands, plus larger wheels and brakes, has led to an increase in the mass of cars – and teams are reluctant in the cost cap era about being forced to use expensive weight-saving materials.

The latest update of F1's 2022 regulations published this week lifted the minimum weight to 792kg for next year, but teams still think it will be tough to hit that.