With Bahrain potentially holding two races towards the end of the season, a plan has emerged for the second event to take place on its shorter 'Outer Circuit'.

The track layout, which features three long straights, has been labelled an 'almost oval' by F1's managing director of motorsport Ross Brawn.

As this on-board sim lap of the alternative layout shows (see video below), the track uses the first and final sectors of the current grand prix circuit, but cuts out the middle section of the Sakhir circuit. It also runs through two high speed turns before a tighter left-right flick.

The Bahrain track's CEO Sheikh Salman bin Isa al-Khalifa says the layout would offer something exciting for drivers and fans.

"It's a low downforce track," he said. "There's no way I'm going to compare it to Monza, but it's a track where you're going to run the cars on minimum downforce, so there will be slipstreaming. Hopefully we can have three DRS zones. 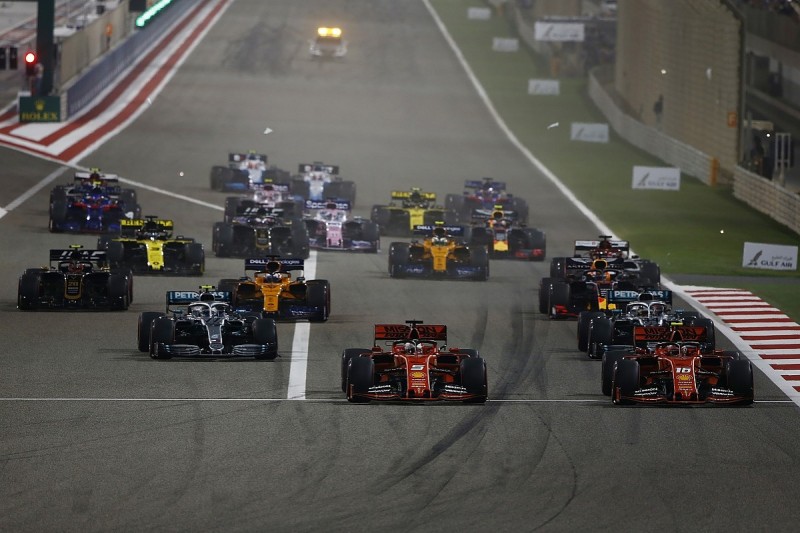 "You've still got Turn 1 and Turn 4, and usually the people who make mistakes in Turn 1 lose out on the run up to Turn 4. There are a few passing opportunities there.

"Out of Turn 4/5/6 would be flat out in an F1 car. And then really braking hard at a sharp angle and hitting that chicane and back out again. It's an area for mistakes to happen, but maybe not passing.

"And then you've got another straight to go into the last corner - an extra two or three hundred metres compared to the GP track. It's almost as long as the pit straight."