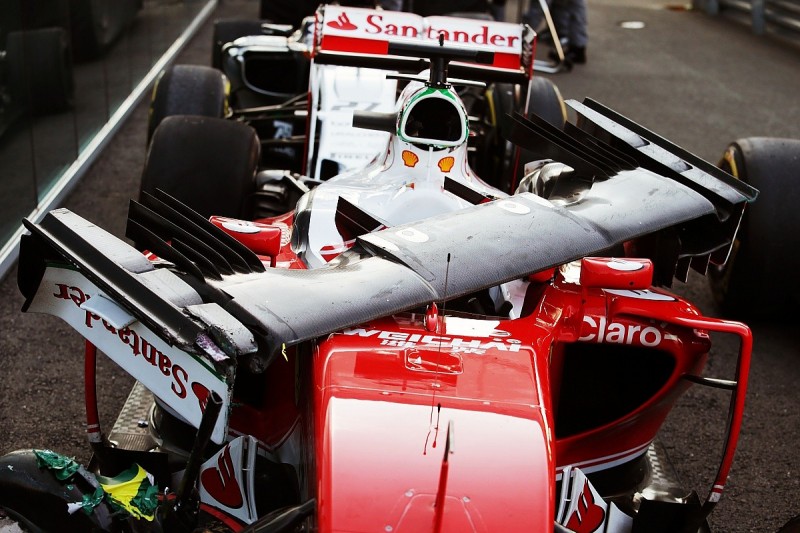 Vettel was tapped sideways and into the Red Bull of Daniel Ricciardo by Kvyat at the second corner of the race, then went off at Turn 3 after the second hit.

"He was not happy at all, he was going ballistic," said Arrivabene when asked how Vettel reacted.

"He has taken a DNF for a second time [this season] for something that has nothing to do with him.

"This is the character of a guy who is a four-time world champion who wants to win, so it's understandable.

"Afterwards, we talked and he was a bit more calm, but of course calm does not mean happy."

Arrivabene added that while he had not blamed Kvyat for what happened at the first corner of the Chinese GP two weeks earlier there was no excuse for what the Red Bull driver did this time.

"Last time, in China, I was not complaining about Kvyat and I said he has done his job," said Arrivabene.

"This time, I can't find any reason for what has happened.

"If we look at the images, it's quite clear. Sebastian said to me that he [Kvyat] touched him one time in the beginning just a bit, then the second time quite hard."

This was Vettel's second score of zero in four races so far this season, the first coming when he was unable to start the Bahrain GP.

It means he is now 67 points off drivers' championship leader Nico Rosberg,