Sebastian Vettel sympathised with the environmental "fears and anxieties" of the protesters who invaded Sunday's race at Silverstone, but recognised they put Formula 1 drivers and marshals at risk.

On the opening lap of the British Grand Prix, demonstrators from the Just Stop Oil activist group managed to breach the fence and get onto the track on the Wellington Straight.

By the time the cars came around to the portion of track, the red flag had already been called for the accident involving Zhou Guanyu at Abbey, meaning their speed had been reduced.

Northamptonshire police reported earlier in the week there was "credible intelligence" that a protest was being planned. It later confirmed that seven people had been arrested for the incident.

Although there was condemnation through the grid of the invasion itself, the environmental concerns they were highlighting did get sympathy from a number of drivers, including Vettel, who has regularly spoken about the matter.

"I guess there was some talk about it, I think everybody is free to have their own view on it," Vettel said.

"I think these people don't act out of frustration, but they are desperate, and I very much sympathise with their fears and their anxieties which I think everybody who understands the size of the problem that's drifting towards us can understand.

"On the other hand, I see the other side. There's marshals trying to stop people from doing these kind of things. You're risking people that are involved in the race weekend, drivers, marshals.

"So there's two sides. I think the message was very clear and like I said, I completely sympathise with their fears and anxieties."

After the race, seven-time F1 world champion Lewis Hamilton said he was glad people were "fighting for the planet", but issued a later message stressing the need for protests to be safe.

"As we've seen today, this is a very dangerous sport," Hamilton wrote on Instagram, referring to Zhou's crash.

"I wasn't aware of the protest today, and while I'll always support those standing up for what they believe in, it must be done safely.

"Please don't jump onto our race circuits to protest, we don't want to put you in harm's way." 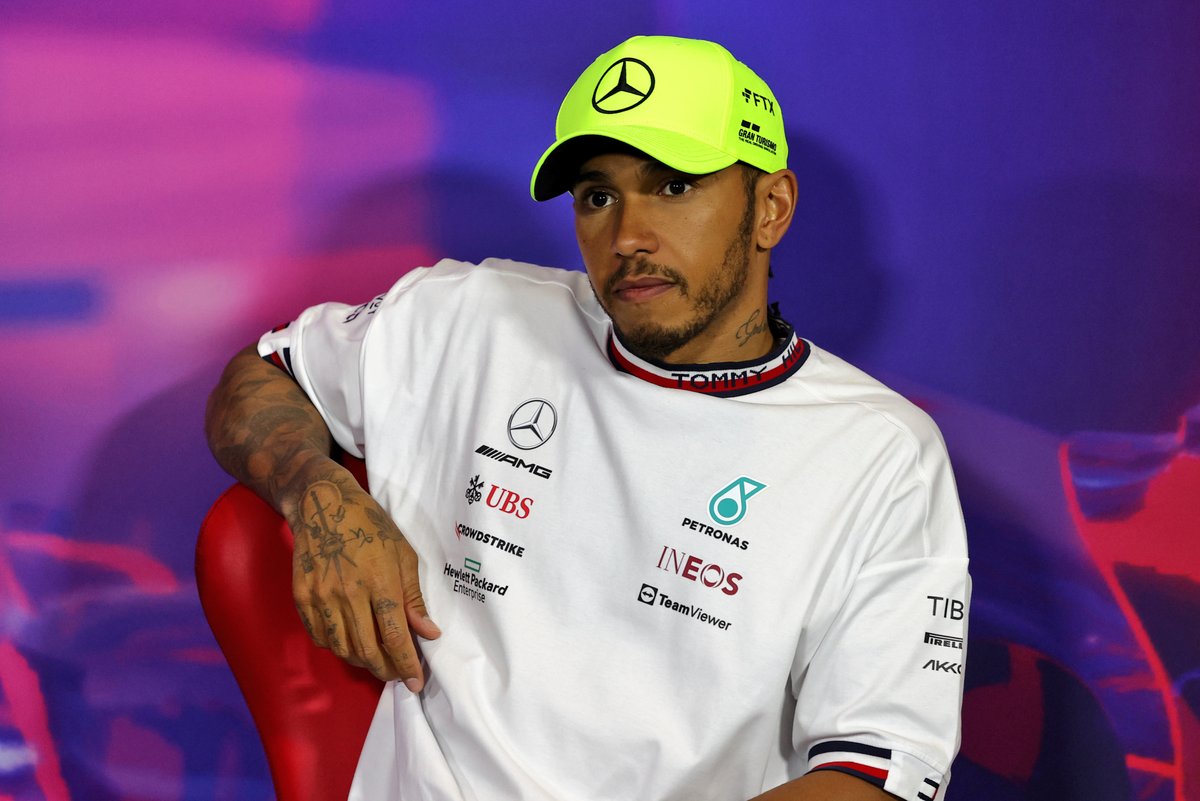 Hamilton's message came after Mercedes said in a statement that he was "endorsing their right to protest but not the method that they chose, which compromised their safety and that of others".

"I think people have the opportunity to speak out and do manifestations wherever they want, because it's a right," added race winner Carlos Sainz.

"I just don't believe jumping into a Formula 1 track is the best way to do it, and putting yourself at risk and all the other drivers.

"So yes, I support the cause, I think Formula 1 is doing a great job already to try and go carbon zero by 2030. And we are pushing on this area and we are pushing F1 and pushing the FIA to find ways to go in this direction.

"I just don't believe jumping into a Formula 1 track is the right way to manifest yourself and protest.

"You have to be a bit more careful because you could get killed and you could generate an accident."