Sebastian Vettel and Mick Schumacher are the latest names to be confirmed on the burgeoning list of stars competing in next February’s Race of Champions in Sweden.

Four-time Formula 1 world champion Vettel, now racing for Aston Martin, and Haas F1 rookie Schumacher will represent Germany in the event to be held at the seaside resort Pite Havsbad on 5-6 February, 2022.

Vettel won the 2017 edition of the Nations Cup solo, after teammate Pascal Wehrlein was injured.

At ROC Mexico in 2019, Mick Schumacher and Vettel finished runners-up behind Team Nordic’s Johan Kristoffersson and Kristensen, both of whom are coming back to defend their title in Sweden.

“I’m really looking forward to being back competing in the Race of Champions again and to represent Germany together with Mick." said Vettel.

“At ROC Mexico, we came second in the ROC Nations Cup, so our aim is to do one bette​r in Sweden." 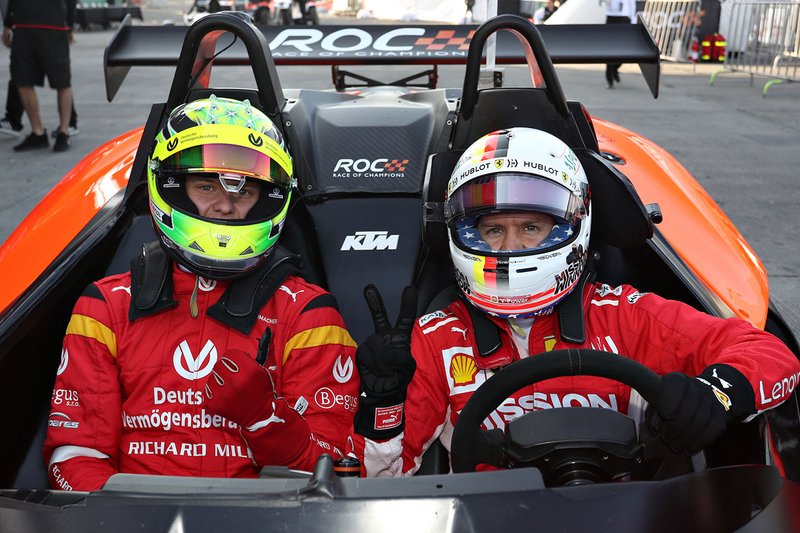 ROC is moving away from its traditional stadium format by racing on a wide and fast course of snow and ice on the frozen Baltic Sea, located close to the Arctic circle.

Vettel believes he and Schumacher will be in for a tough challenge against a wide array of Scandinavian stars more familiar with the elements.

"The competition will be very strong especially from the Nordic drivers who have a lot more experience than us driving on snow and ice," he said.

Schumacher added: "Representing Germany together with Sebastian will for sure be big fun, and obviously we aim to win a trophy again.

"I so very much look forward to meeting all the other drivers and spending time with them during the Race of Champions weekend.

"The snow and ice promises to make this ROC event extremely special, and I am more than sure the drivers will have a crazy good time together in Sweden.”