Four-time world champion Vettel retired from F1 at the end of the 2022 season, having announced plans to hang up his helmet back in July.

The German driver enjoyed stints with Toro Rosso, Red Bull, Ferrari and Aston Martin in F1, as well as making a big impact in recent years by speaking up on important topics such as environmental and social rights.

Vettel was recognised for his contribution to F1 and motorsport by receiving the Gregor Grant Lifetime Achievement Award at the Autosport Awards on Sunday night in London.

Speaking following his award win, Vettel felt sure that he would return to the F1 paddock in the future, and acknowledged it would be strange to be at a track and not racing.

“I’m sure I’ll be back at some point to have a look,” Vettel told Autosport.

“I love the sport, I love the people. It will be probably a difficult or weird moment to be there live and not participate. But I guess it’s coming.

“So yeah, I don’t know. I have no plans yet. But I’m sure it will be somewhere, sometime.”

Vettel’s former title rival, Lewis Hamilton, felt sure he would return to F1 and race someday, telling the German in the Abu Dhabi press conference: “You're probably going to come back.”

But Vettel has been clear that he is yet to decide what he will do following his retirement from F1, besides wishing to spend time with his young family.

“I have lots of ideas, lots of things that I want to do and spend my time with, but then I’ll see what happens from there,” said Vettel when asked about Hamilton’s comment.

“I guess you can never say never. But I thought about this step for a long time, and it feels like the right thing.

“So I’m very excited about what’s coming, even though there’s nothing signed or set in stone.”

Receiving the Gregor Grant Award capped off an emotional few weeks for Vettel, who has been subject to a number of tributes from throughout the racing world. 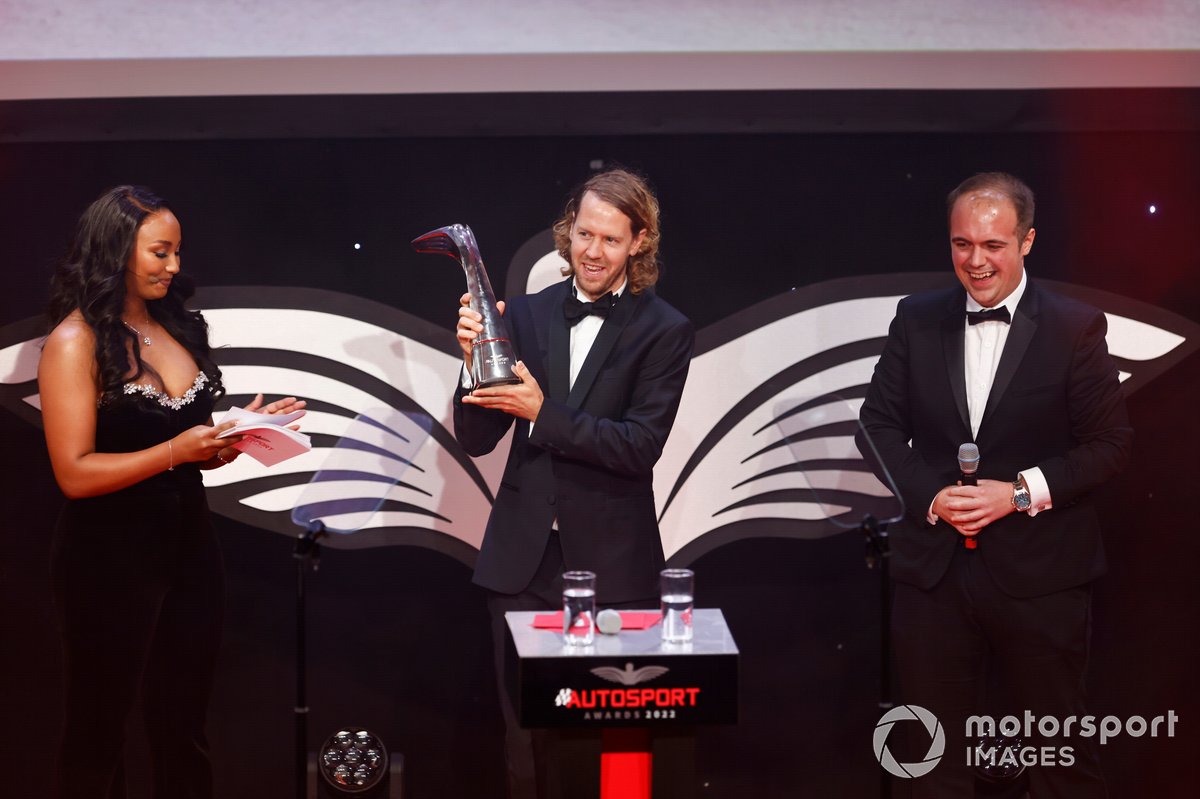 All 20 F1 drivers went out for dinner in Abu Dhabi to mark Vettel’s final race, while Vettel also arranged a group track run for the paddock around the Yas Marina Circuit to say farewell.

Vettel said that the Gregor Grant Award was “more than a trophy” after receiving two standing ovations while collecting the honour on Sunday night.

“The reception in the room was incredible,” said Vettel. “It’s a bit awkward - lifetime, obviously I’ve been around for a while, but maybe not quite a lifetime yet!

“But still, obviously I was very privileged to get to know so many people, work with so many people, and have such a great time on and off-track. There is probably lots that I will miss.

“It means the world to me. I’ve got a similar trophy already for driver of the year, so I’ll add that and probably put that on top.”