Four-time Formula 1 world champion Sebastian Vettel is selling eight cars from his spectacular collection, including three Ferraris that he ordered new when driving for the Maranello team

Vettel has been an avid collector since his success on the track gave him some spending power and, along with a fleet of sportscars, he has bought several desirable historic F1 machines, including an Ayrton Senna McLaren and Nigel Mansell's 1992 F1 world championship-winning Williams.

However, he has now decided to slim down his Swiss-based collection by putting eight cars up for sale via dealer Tom Hartley Jr. Two have already been sold, but the rest remain available.

The cars give an intriguing glimpse into the life of a man who carefully guards his privacy.

The models that the German ordered new all have very high-end specs - even by the standards of Ferrari - but his choice of an ostentatious "Vettel" logo on the seat headrests may come as a surprise. All of the cars have completed very low mileages.

Asked by Autosport, Vettel's spokesperson would only confirm that the sale was happening, and would give no details why he has chosen to let go of the cars. 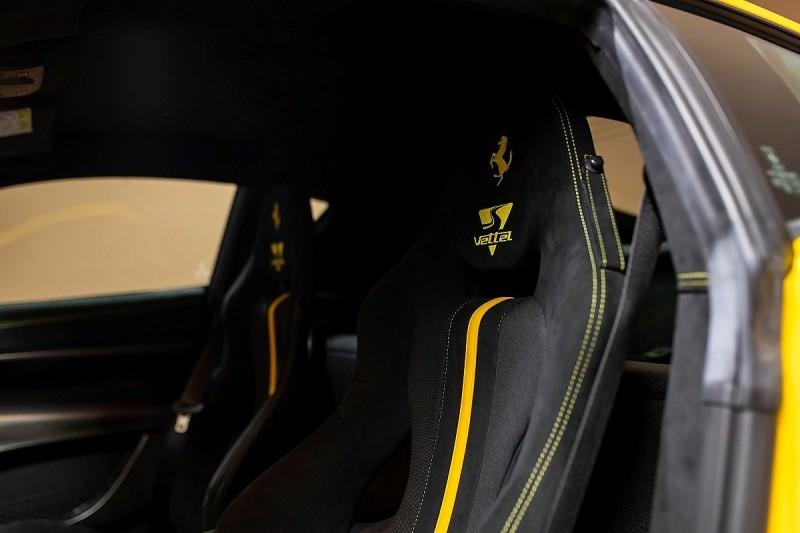 An Aston Martin F1 team spokesperson said that the timing had nothing to do with Vettel's new employers, noting: "We have no knowledge of Sebastian's plans with regard to his car collection and have made no stipulations or requests of any kind in connection with it."

Here's the full list of cars that Vettel is parting with:

2016 Ferrari LaFerrari (Sold)
One of three Ferraris put up for sale that Vettel ordered new while driving for the Italian team, his LaFerrari was one of the last of the 500 examples made. The high-tech hybrid machine features KERS and an electric motor as well as a 6.3-litre V12. Hardly used by Vettel, who put his surname on the seats and steering wheel but logged just 304 miles, it has already found a new owner.

2004 Ferrari Enzo (Price on application)
The Enzo is the most valuable of the Vettel-owned cars yet to sell - and indeed dealer Tom Hartley, who calls it "the very finest example offered for sale anywhere", has not published the price.

Powered by a six-litre V12 and featuring F1 tech, including a semi-automatic transmission, this particular car was originally sold to Germany before Vettel added it to his collection. Given that it has run only 1112 miles it's apparent that he hardly used it.

1996 Ferrari F50 (Sold)
The F50 is the oldest car that Vettel has put up for sale and, given that he was only eight when the model was launched, it's probably safe to assume that he had admired it for a long time before he could afford to buy an example. Much of the F50's ongoing appeal comes from the fact that it uses a 4.7-litre V12 developed from the F1 engine of the early 1990s.

This car was originally delivered to Denmark, and Vettel bought it soon after joining Ferrari in 2015. Having run only 4312 miles in its 25-year life it was particularly attractive to collectors, and has already sold. 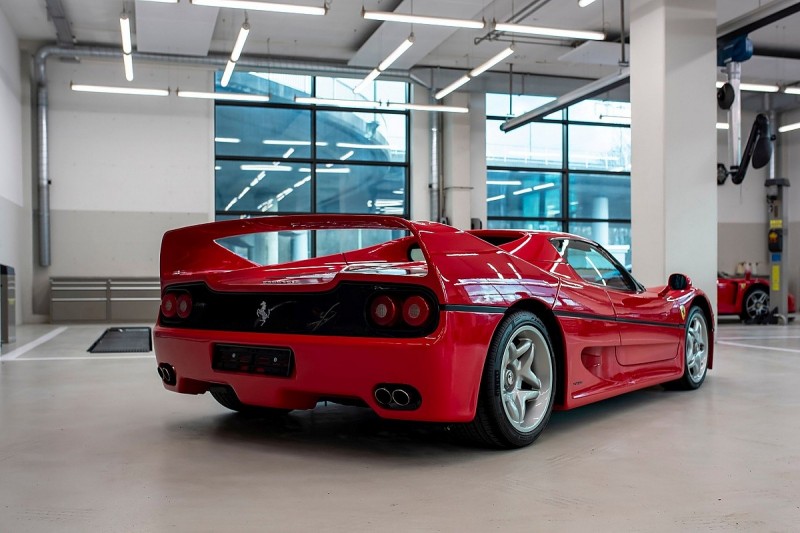 2016 Ferrari F12TDF (£750,000)
Vettel acquired his bright yellow F12TDF in his second year at Ferrari, specifying triple layer paint ('Giallo triplo strato') among the many high-end extras, along with a Vettel logo on the seat headrests. The car's name pays homage to the Tour de France race/rally event, which was won several times by Ferrari.

Vettel's example of the 6.3-litre V12-powerd machine has logged only 738 miles from new - and its service history suggests that it has hardly been used in the last three years.

2015 Ferrari 458 Speciale (£350,000)
The 458 Speciale was the first Ferrari that Vettel ordered from new, and it came with a very special spec that included metallic black with gold fleck paint and a racing stripe, along with his Vettel logo on the headrests of the carbonfibre seats. The 4.5-litre V8-equipped car has completed just 1905 miles since he bought it.

2009 Mercedes-Benz SL65 AMG Black Series (£275,000)
The SL65 is the only car Vettel is selling that he didn't actually buy - it was a gift from the race organisers for winning the first Abu Dhabi GP for Red Bull in 2009. Powered by a six-litre V12, only 350 examples were made of the 'Black Series' version, which featured major bodywork modifications and extensive use of carbonfibre. In Vettel's sole ownership it has run just 1752 miles.

2002 BMW Z8 Roadster (£175,000)
Although Vettel was a BMW-backed driver early in his career, he bought the two-owner Z8 from the USA in 2015, his first year at Ferrari. After importing it to Switzerland, he sent it to BMW Classic for refurbishment, with the project including a switch from US to European-spec electronics. Although nearly 20 years old, the five-litre V8-powered car has run only 13,494 miles.