Ferrari's ostensible lead driver Vettel had a tricky previous race in Bahrain, where he was re-passed by poleman Leclerc early on and had a spin battling with Lewis Hamilton.

Leclerc should have won the race but was denied by an engine problem, and was only beaten by Vettel in the season opener because Ferrari ordered its drivers to hold position.

Asked about working with Leclerc and the pressure he has exerted, Vettel said: "To work with, he's pretty straightforward.

"I don't know what you guys imagine on the other side, but I haven't come across a driver that was a pain in the arse. I hope I never will.

"Then, I said prior to the season, for sure it's going to be a different challenge, it's a different person [from former team-mate Kimi Raikkonen].

"But apart from that, I think I've always shown respect when other people do well.

"I know I can do better and I know we have lots of races to show and prove that. 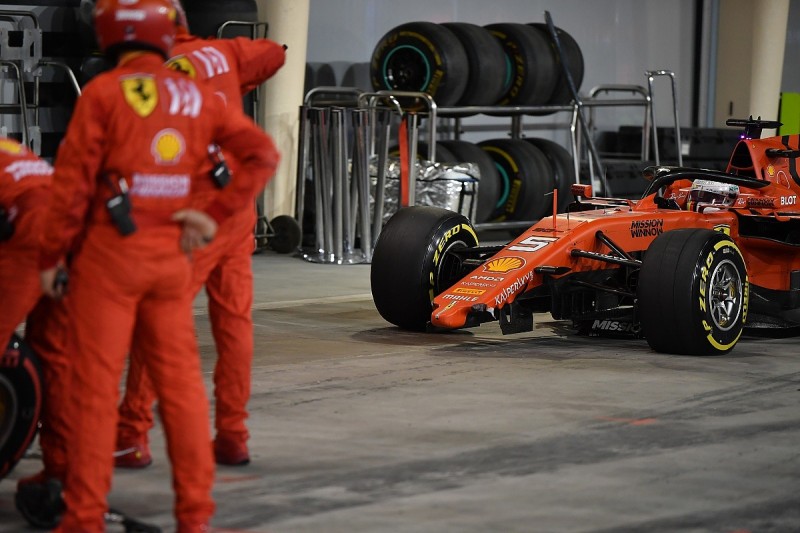 Leclerc had slipped behind Vettel and the Mercedes of Valtteri Bottas at the start in Bahrain, but regained second and caught Vettel.

He informed Ferrari he was quicker and received an instruction to "stay there for two laps", but went around the outside of Vettel at Turn 1 half a lap later.

Explaining that decision ahead of this week's race in China, Leclerc pointed out that he had obeyed the order to stay behind Vettel in the closing stages of the season opener, "but in this particular situation I think I had quite a big pace advantage at this moment of the race".

"I had the opportunity in the straight, and I just didn't see myself lifting and staying behind, I just went for the opportunity, it was a safe pass and I went for it," said Leclerc.

Vettel said he had not heard the radio exchange but added that he was "not surprised" by the his team-mate's decision.

"I think it was quite clear he was quite a lot faster at that point," Vettel said. "I could have passed him back on the next straight, but for me, the way I judged it at that point it was going to lose me more time and him more time.

"The race was very long from that point onwards, something as I said didn't go exactly my way on that Sunday. So at that point it wasn't about trying to hold up or destroy Charles' Sunday back."