Sebastian Vettel says he enjoyed his first morning test in Aston Martin's Formula 1 car but vowed there is "more to come" as tricky conditions in Bahrain made it difficult to acclimatise to his new car.

Vettel made his official Aston Martin debut on Friday morning in the Mercedes-powered AMR21, setting 51 laps at the Bahrain International Circuit before handing over the car to team-mate Lance Stroll after lunch time.

Vettel's fastest lap of 1m33.742s was three seconds slower than Max Verstappen's leading time in the Red Bull, but the German says the windy and dusty conditions in Bahrain made it hard to get used to his new car.

"In all honesty it's been quite a tricky morning because it’s quite windy and the grip was low," Vettel said on F1's world feed.

"Obviously you had a bit of a view on TV. Everybody was fighting their car, I don’t think anybody was on holiday straight from coming back from the winter break.

"I think everybody was facing the same track conditions, but still it was very good for me to get a proper read about the car and getting used to all the new elements for me."

While Stroll's afternoon lap time, which got him up to fourth, suggests Aston Martin has a solid baseline, Vettel said he wasn't "paying great attention to the lap times" because there are still many elements of the AMR21 he needs to get familiar with. 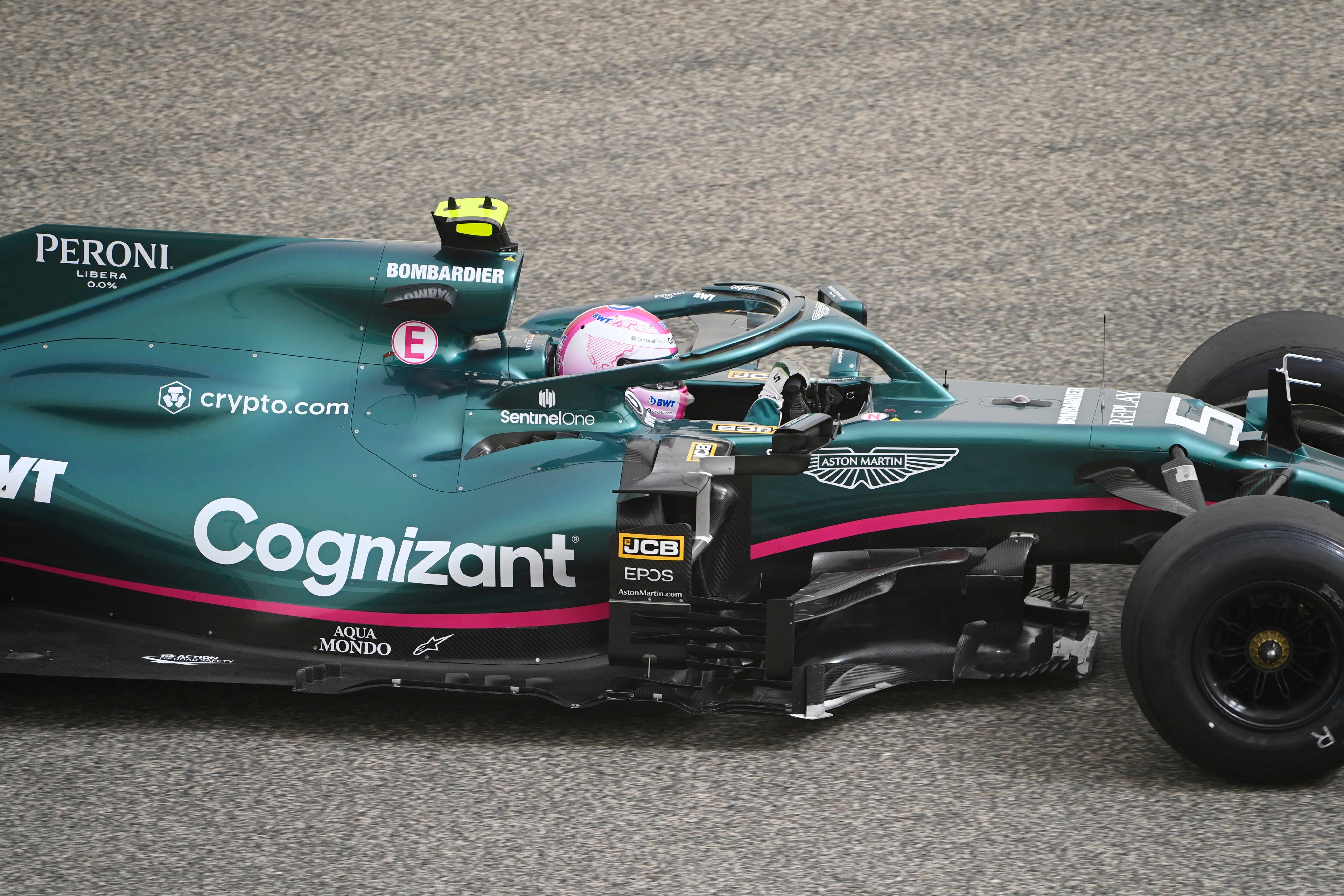 "The car is different; it’s a different power unit, a lot of different switches and buttons and procedures. I need to get used to stuff like brakes, steering, the car behaviour," he explained.

"So I still think there’s quite a bit of margin for myself and improvement that I have to do on driving, just getting familiar with the car.

"It was good fun to be back in the car to be honest, it’s fun to work with the team. I enjoyed it, and more to come on the next days."

Part of Vettel's familiarisation programme was getting used to Aston Martin's Mercedes engine, which presents a step up from the Ferrari power unit he used last season.

"It’s obviously different, it’s operated differently, so it's different to what I’m used to," the four-time world champion added.

"It’s mostly for me to get up to speed but in terms of performance everybody knows the strength of the Mercedes engine, so on that front I don’t think we have an excuse. I’m looking forward to that."

Vettel and Stroll will continue to split the running for the two remaining test days in Bahrain, with Vettel taking the wheel on Saturday morning and Sunday afternoon.

Mercedes "quite a way behind" F1 test programme after setbacks