Sebastian Vettel says the FIA was "not very professional" in the way it handled his penalty during Formula 1's Emilia Romagna Grand Prix.

The Aston Martin driver was hit with a 10-second penalty after his team failed to fit the wheels on his car before the five-minute signal ahead of the start of the race.

However, the penalty was only announced after lap 22 of the race, and the delay compromised Vettel's chances at the time.

Although Vettel went on to retire from the Imola race on the penultimate lap, the four-time champion was still frustrated by the FIA's speed in announcing the penalty.

"Obviously the guys tried everything on the grid and I think they did really well, they were really alert," said Vettel of his pre-race problems.

"I think we could have had a better race if the FIA was more alert because I think we broke a rule, I guess, that is why we got a penalty, but they didn't bother until way into the race, so by that time the penalty cost us a lot more than it would have done earlier in the race.

"That is not very professional." 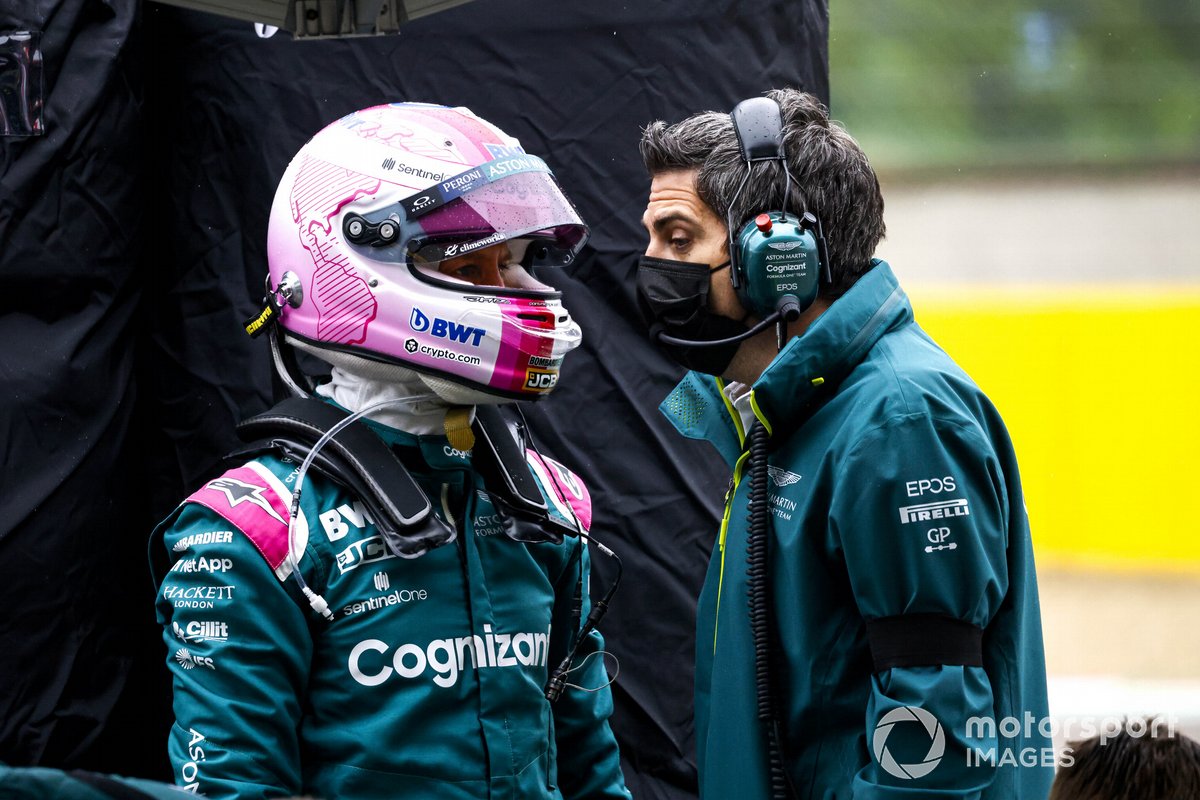 Formula 1 race director Michael Masi suggested the amount of time the stewards took to announce the decision was not particularly unusual.

"I don't know about taking longer than it should have," Masi said. "It was obviously reported by the technical delegate.

"Once it was reported by the technical delegate, being the paper report that he presents then appears in the document management system, was at that point that the stewards had a look at the regulations, confirmed the evidence and determined what the penalty was."

Vettel's penalty was triggered by a problem with his brakes, which overheated on the way to the grid and damaged the rear drums, which the team had to replace in a hurry ahead of the start of the race.

The team ran out of time, however, forcing Vettel to start from the pitlane.

Aston Martin boss Otmar Szafnauer said the team was yet to understand the root of the issue, which also affected Vettel's teammate Lance Stroll.

"What happened was we overheated the rear brakes and the laps to the grid weren't at the normal pace that we usually go, so we didn't get the airflow," Szafnauer said.

"But even with that, we're aware of that and the settings were such that they shouldn't have caught fire, but they did unfortunately. So we overheated them but we don't know why and how."

Stroll finished the race in seventh position, but dropped to eighth after he was handed a five-second time penalty for cutting the track at Tamburello when defending from Pierre Gasly's attacks.