Ferrari slumped to its worst qualifying performance of the 2020 season so far at Spa on Saturday as both Charles Leclerc and Vettel were eliminated in Q2, finishing 13th and 14th respectively.

The team has struggled throughout the race weekend, with Leclerc scraping through Q1 by less than one-tenth of a second.

It meant Ferrari ended qualifying as the seventh-fastest team, only beating the cars from Williams, Alfa Romeo and Haas.

"It is the true picture of what the car can do around here today," Vettel said after the session.

"Obviously we tried everything we can, and there was a lot of effort going in from last night to today trying to make things better.

"I think we did a little bit. Obviously we're not where we want to be, but that's not the first race and the first qualifying where that's the case."

Vettel added that it was "no surprise" given Ferrari's current struggles with the SF1000 car, and felt it was doubtful the team would even reach Q2 after propping up the timesheets in final practice.

"P13 is not as exciting as P1, but still we tried to put everything together," Vettel said. 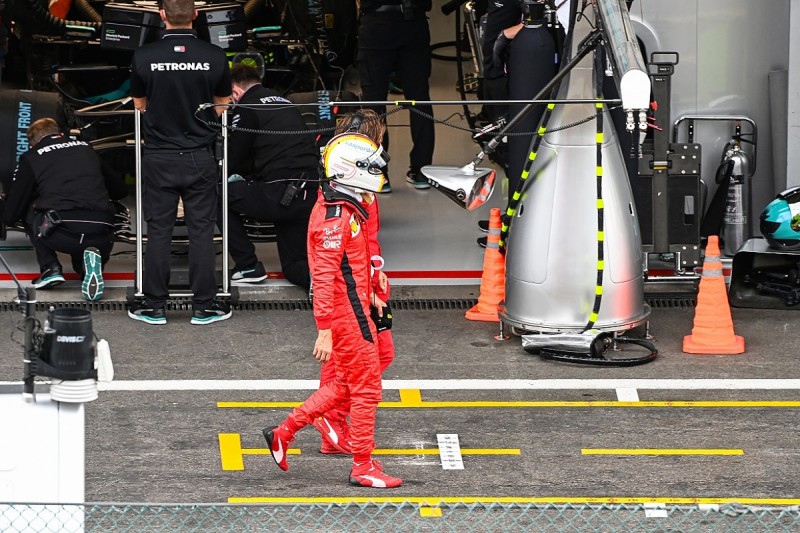 "This morning we looked like we didn't make it to Q2 and we did with both cars.

"Obviously that's not a success, but it's everything we could do today and where we stand."

The result marks a significant fall for Ferrari since it locked out the front row of the grid for last year's Belgian Grand Prix, with pole-sitter Leclerc going on to win the race.

Leclerc said after qualifying that it was "very difficult" to give an explanation for why Ferrari had lost so much performance in the space of a year.

"It's a big step back from the others, so we need to try and find the main issue to try and address it," Leclerc said.

"It's not a good day but it's like this at the moment. We need to keep working hard.

"Everybody in the team needs to keep their heads up, even though it's very difficult on a day like this.

"I can also understand the fans at home that are very disappointed. It's understandable, but as drivers, we'll try to make the best race possible tomorrow, even though we can't expect any miracles."