Sebastian Vettel thinks Ferrari's Formula 1 car is not as bad as it looks, despite Mercedes taking its sixth straight victory at the start of 2019 at Monaco last weekend

Vettel finished runner-up to Lewis Hamilton, but only after a penalty was applied to Max Verstappen's race time, following a pitlane incident with Valtteri Bottas that left the second Mercedes driver with a puncture that forced him to pit for a second time.

But while Vettel conceded Ferrari was not fast enough in Monaco - saying it "sort of tumbled into second place" - he does not think the car is as far away from Mercedes as results this year have suggested.

Reflecting on being able to hold off Bottas in the race, Vettel said: "I saw that Valtteri was faster but there was no way he was going to pass, as our straightline speed is really good.

"It's just because overall we are lacking downforce, a weakness that we know [about].

"I don't think the car is as bad as it looks. The results should be better here and there but it's very difficult for us to get the car in the window where it is happy.

"Certainly when we get it in there we're more competitive, but still a way from where we want to be. That's really the key lesson - we need to focus on trying to get the car [in the] short-term more in that window.

"Looking forward for the next three, four, five races, obviously [we need to] make sure we improve the car, put more grip onto the car so that we can go faster, simple as that." 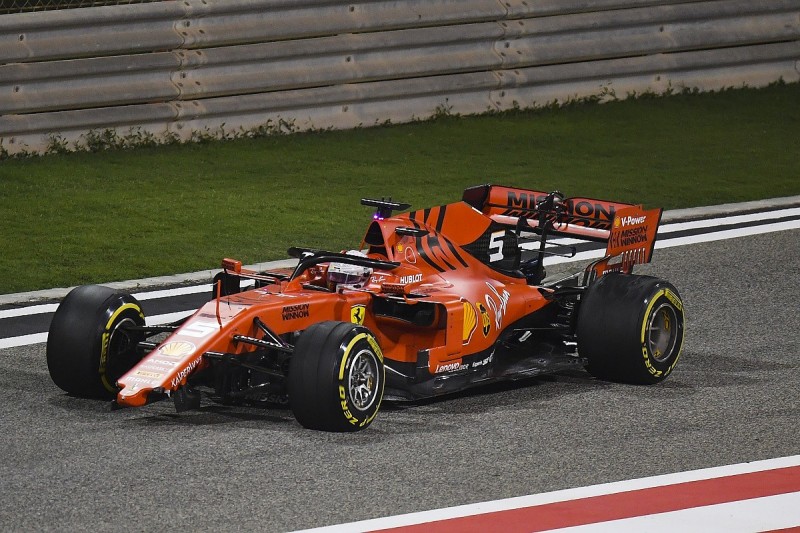 Vettel added he was not immune from shouldering some responsibility for Ferrari's form this year, saying he has not always performed at his best.

"I'm part of the team so I don't put myself above [it]," he explained.

"I've had some difficult moments this year where I'm fighting the car.

"I'm not really entering yet to the level where I feel a lot more comfortable and I feel comfortable to squeeze out more performance from the car.

"But I think it's linked to the fact that we struggle to put our car in the right window.

"Once it is there, it is feeling better and you're able to build upon that but it doesn't happen very often, but it's a combination of things.

"It's not a secret, by now, after six races that these tyres this year seem a bit more critical to get exactly into that window."

Gary Anderson: Ferrari is self-destructive, Renault is all talk