Red Bull insists it has no concerns over Max Verstappen’s run of small errors that hurt his Formula 1 victory hopes in Portugal last weekend.

The Dutchman had a frustrating time at Portimao as some high profile mistakes ended up derailing his chances of toppling Mercedes.

A track limits breach cost him pole position on Saturday, while an error in the early stages of the race allowed Lewis Hamilton to close in on him and launch an overtake.

Then, on the final lap of the race, another track limits moment led to the Dutchman losing his fastest lap – and with it a world championship point.

But while the mistakes proved critical on a weekend where fine margins decided the battle between Red Bull and Mercedes, Verstappen’s boss Christian Horner says he has no concerns about any weakness under pressure.

Instead, he suggests that such stumbles are inevitable when a driver is having to push as hard as Verstappen is in his battle to beat Mercedes.

He also points out it is Hamilton who has shown himself to crack more, following the error at Imola that led to the world champion running off the track and hitting the barriers. 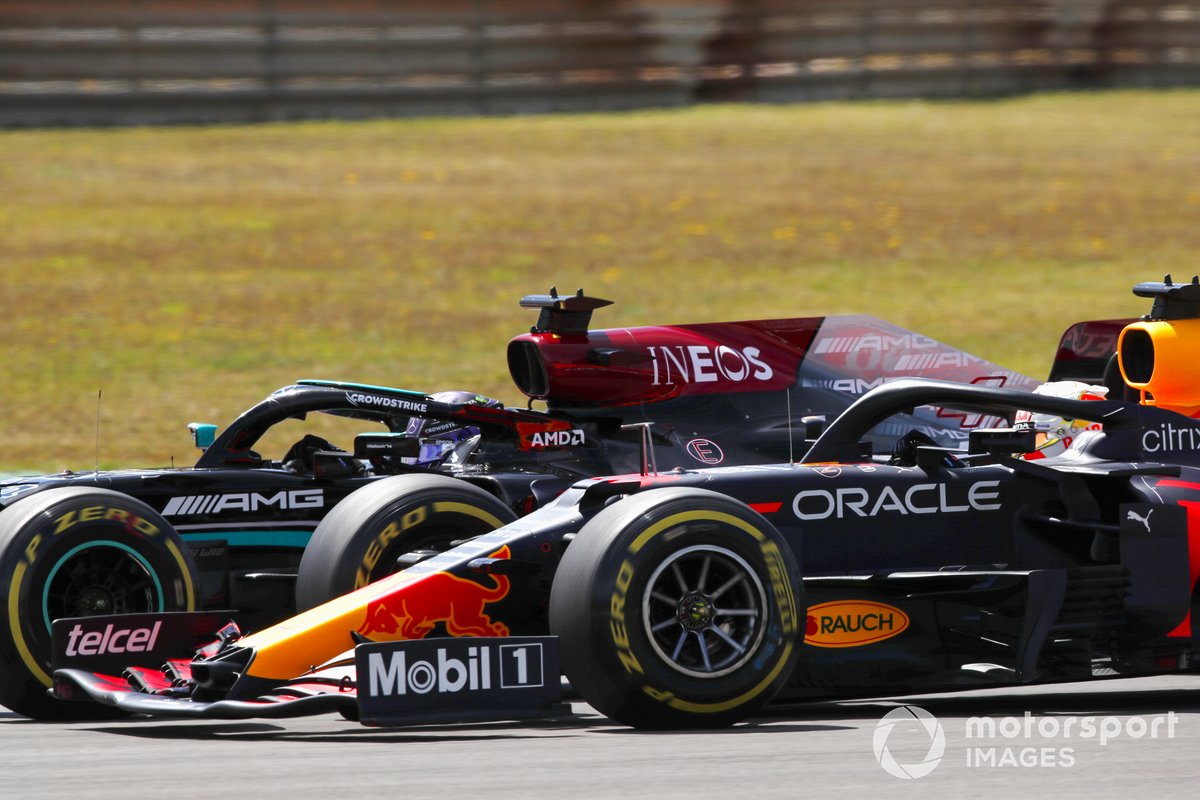 “I think obviously we need to be perfect, but I think that there are strengths and weaknesses to the cars,” explained Horner.

“Let's not forget that Lewis dropped the ball in a pretty big way in Imola a couple of weeks ago, and got away with it quite lightly.

"So it's inevitable, when you're pushing to the limits, like these guys are, then it is all about these fine margins.

“And I think obviously the whole track limit debate is just frustrating.

"I mean it's been brutal for us across the first three events: the win in Bahrain, the pole position yesterday and then the fastest lap. So it's been pretty expensive for us.”

Verstappen says that the race error that let Hamilton get on to the back of him was so small that he hardly believed it cost him much time.

“It was just super-close between the three of us," he said.

"I tried to attack Valtteri [Bottas] but all the time I could not get close enough in those last two corners and then the run onto the straight.

“By pushing I had a little wobble but I didn’t really lose-out a lot from that. And then Lewis was already super-close behind and he got me into Turn 1.”