Verstappen and his team disagreed on the temperature of his hypersoft Pirellis in the last moments of Q3, with Verstappen complaining that they were too hot and Red Bull saying they were in the window.

The result was Verstappen failing to get ahead of team-mate Daniel Ricciardo and having to settle for sixth on the grid.

"We will look into why they were a bit warmer because I didn't understand why," said Verstappen.

"We did a lot to get them colder. The problems is, on this track the temperatures are so important that on the outlap we are all going so slow.

"If they are too hot already, you can't cool them down that much.

"So, when you start hot, you know it's already going to be worse with the tyres for the last sector."

Verstappen explained that he had already felt the tyre temperatures were too high for the first run so was surprised they were even higher.

He said having to be so aggressive in trying to cool them down meant that "at one point you can't heat up your brakes like you want to into Turn 1, so it all got a bit compromised". 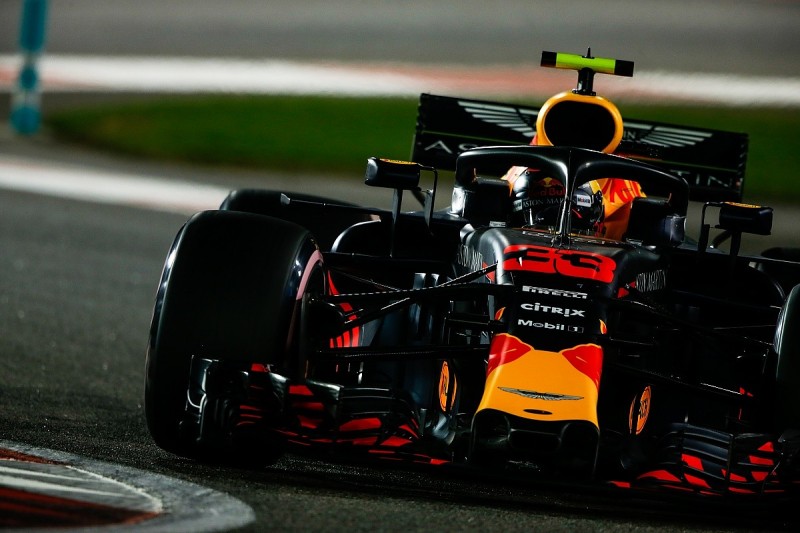 Verstappen added that further frustration over the team radio was just a "natural reaction" to a scruffy final effort.

"I lost the car, went off, so I was just disappointed I couldn't finish that lap," said Verstappen.

"It was just not our qualifying, I could feel it straight away that it was sliding too much, and of course you keep on trying, trying, it's not working, not working.

Red Bull's attempt to get through Q2 using only the ultrasoft tyre did not pay off for Verstappen, who had to set a time on hypersofts to progress and is the only driver in the top six starting on that higher-degradation compound.

However, he said he does not "see it as a negative".

"They will be worried I will start undercutting them," said Verstappen.

"So, yeah, maybe it's nice in a way that we are different. We have two cars on different tyres, so we can do different things.

"I was quite alright on the hypers on the long runs [in Friday practice], so we'll just have to wait and see what's going to happen tomorrow. But so far I don't have too much of an issue.

"The ultra is also not an amazing tyre to drive on. They will have to manage, it's not as if they can go flat out."