The Red Bull driver was on his second run in Q3 and attempting to try to knock Lewis Hamilton off the pole spot when Pierre Gasly had stopped on the start-finish straight.

Having struck a kerb that ripped off the AlphaTauri's front wing and gave him a right-front puncture, Gasly had driven slowly around the final corner before stopping near the pitwall.

Verstappen passed a set of double waved yellow flags on his left before completing his lap, which ended up being a slight improvement and put him 0.455 seconds behind Hamilton.

It is unclear, however, whether the incident had triggered a yellow sector with race control – which would then flash up on Verstappen’s steering wheel.

Carlos Sainz Jr and Valtteri Bottas have also been requested to report to the stewards, each for allegedly not respecting single waved yellow flags during Q3 of qualifying in Qatar.

Verstappen's hearing with the stewards will take place at 1pm local time (10am GMT) tomorrow - four hours before the start of the Qatar GP.

F1’s rules on yellow flags are very strict and, according to the event notes sent by race director Michael Masi ahead of the weekend, drivers must abandon laps when double waved yellows are shown.

The event notes state: “Any driver passing through a double waved yellow marshalling sector must reduce speed significantly and be prepared to change direction or stop. In order for the stewards to be satisfied that any such driver has complied with these requirements it must be clear that he has not attempted to set a meaningful lap time, for practical purposes any driver in a double yellow sector will have that lap time deleted.”

For recent grands prix, the FIA has automatically deleted lap times in practice and qualifying when double waved yellows are shown – but there has been no notification about that happening for qualifying so far.

Should Verstappen be found guilty of ignoring the flags, he would lose his final lap time and could also face a grid penalty on safety grounds. 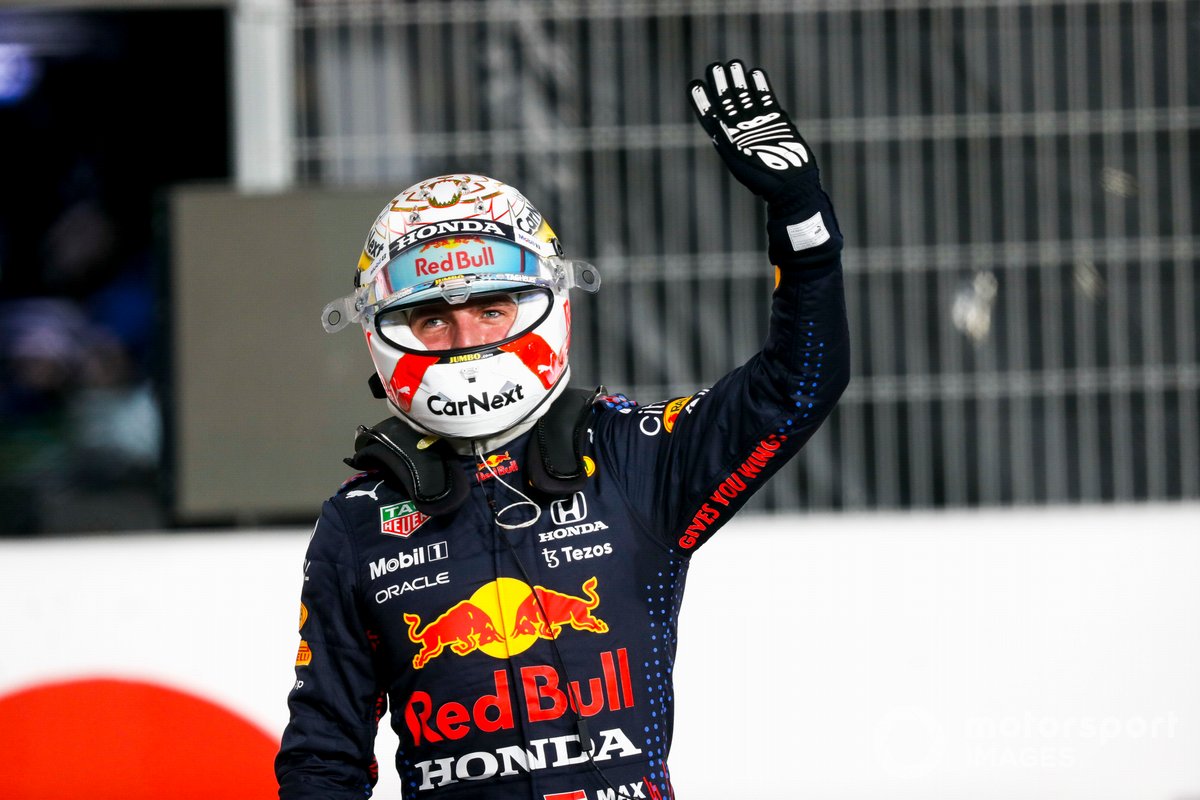 At the season-opening Bahrain Grand Prix, Sebastian Vettel was given a five-place grid penalty for ignoring double yellows at Turn 1 during qualifying.

Back in 2019, Verstappen was stripped of pole position at the Mexican Grand Prix after failing to slow for yellow flags right at the end of qualifying.

Speaking after qualifying, both Verstappen and Valtteri Bottas, who was running behind him on track, said they were not aware of any warning flags or any debris on the track as they finished their laps and passed Gasly's car.

Verstappen said: “I heard after the session he had damaged his front wing, but from my side it was all okay.”

Bottas added: “Same thing I heard only afterwards, and I had no yellow flags or anything."

Mercedes boss Toto Wolff said after the session that he had seen the Verstappen video, but was happy to leave the matter up to the stewards.

It comes after Red Bull famously protested Lewis Hamilton at the 2020 Austrian Grand Prix for ignoring a yellow flag on his final qualifying lap.

Asked about the Verstappen incident, Wolff said: “I've just seen it. I've seen that he is passing a flashing light, I think a flashing red or flashing yellow light on the left.

“Then he's passing the double waved yellows and there is a standing car on the road. I guess it's a bit of a triple whammy.

“They've gone after us with a yellow flag, passing a yellow flag on the outside. It's in the stewards' hands.

“I wouldn't want to comment much more of what should happen or not happen. I think the stewards are looking at it and they need to come up with a verdict.”