Mercedes duo Valtteri Bottas and Lewis Hamilton dominated both practice sessions, while Verstappen and team-mate Daniel Ricciardo finished behind both Ferraris in the afternoon session.

Verstappen was the quickest Red Bull in fifth, less than three tenths behind the third-placed Ferrari of Kimi Raikkonen's but six tenths down on pacesetter Bottas's time.

While he felt Red Bull's deficit to Mercedes was not as severe as that gap suggested, Verstappen said his team had struggled to find a suitable set-up and was not as fast as he had hoped to be.

"It is more that we still need to work. I think they are definitely a bit quicker and we didn't have a great session.

"We still need to work. We are not quick enough.

"The car balance was not fantastic.

"It felt a bit better in first practice and we need to understand why.

"I was not happy in the second practice with the balance of the car, but I think we are a little bit too slow at the moment so we still need to work." 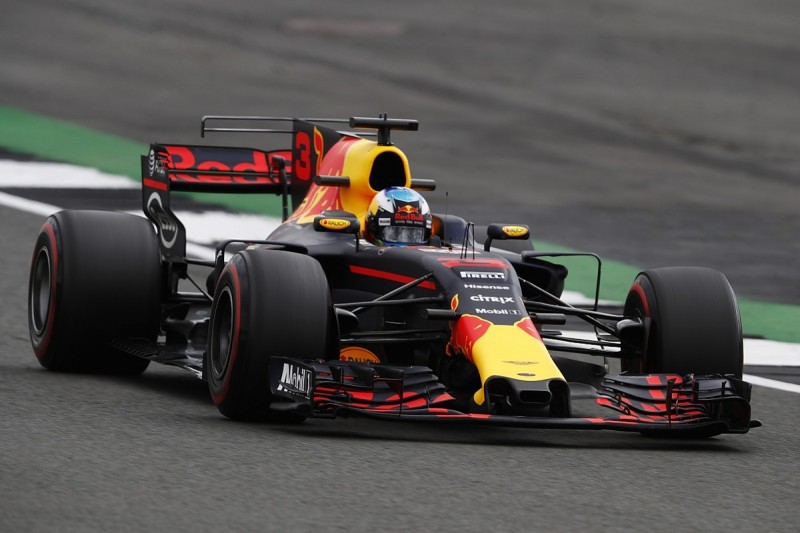 Ricciardo was a second slower than Bottas, but thought he and Verstappen would be able to match Ferrari if they got the most from their cars.

The Australian had a moment through Becketts on one of his qualifying simulation runs during second practice, and like Verstappen said his balance needed improving.

"Mercedes were rapid today, and normally they are quicker in qualifying so we'll let them do their thing at the moment," said Ricciardo.

"But I think on one-lap pace we can get Ferrari and that will translate to higher fuel running.

"I know the feeling with the car is not where it can be, so for sure there is laptime on the table.

"We can definitely improve from where we are. We've learned a lot today.

"In the end we didn't get the right balance or feeling, so we will make some changes tonight and have a better car tomorrow.

"I don't think the wind was favouring us today but we still managed to do Copse flat out, so that was fun.

"We can definitely still find some speed there."