Verstappen: No regrets over missed Mercedes F1 chance in 2014

Max Verstappen and his management team insist they have no regrets about committing to Red Bull in Formula 1, despite the interest Mercedes showed him in 2014

The Dutchman's decisions over what path to take in F1 are explored in a new documentary called 'Whatever It Takes' that is being broadcast on Dutch channel Ziggo Sport.

There, the show explores meetings that Verstappen's management team had with both Red Bull and Mercedes representatives at the 2014 German Grand Prix to discuss an F1 seat for the following campaign.

Following discussions with Red Bull motorsport advisor Helmut Marko at the team's motorhome at Hockenheim, Verstappen's management team were immediately approached by Mercedes boss Toto Wolff and Niki Lauda and invited for talks with them.

In the end, Red Bull's offer of a firm drive with Toro Rosso for 2015 trumped the fact that Mercedes could not offer anything in F1 - as it had no vacancy with both Lewis Hamilton and Nico Rosberg under contract.

At best, Mercedes could only have offered either a reserve role or a paid-for GP2 campaign, something that did not seem as attractive as an immediate step up to grand prix racing.

Although Mercedes has gone on to dominate F1 and taken every title since, Verstappen's manager Raymond Vermeulen and father Jos Verstappen are still adamant they did the right thing.

Asked if there were any regrets about that key choice they made in 2014, Vermeulen told Autosport: "No, I think we made the right choice at the time.

"All three of us [Max, Jos and Vermeulen] still fully support that decision. I think at Red Bull, Max did get super guidance and also a super preparation for his F1 debut.

"We are at Red Bull and feel really comfortable there. What the future brings, is the future. But for the time being we are very happy with the choices we have made." 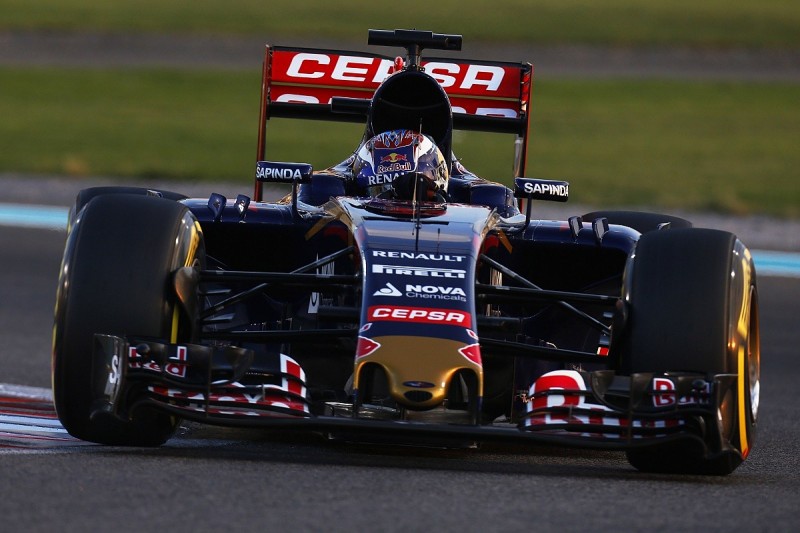 Jos Verstappen added: "At that time, with the information we had, we have definitely made the right choice."

Verstappen is currently under a long term contract with Red Bull, which commits him in to the 2022 period where the team does not yet have an engine deal in place.

While that has put fresh doubt again on whether Verstappen can hope for a world title in the near future, Vermeulen is comfortable with where things stand.

Asked what Red Bull was telling them about its future engine situation, Vermeulen said: "Of course Red Bull's management keeps us well informed about where things stand, where they want to go and also what their target is. That process is ongoing.

"First, we have a wonderful season ahead of us with Honda. We are very positive about what is on the shelf for next year's engine. But we are also very interested in what will happen from 2022 onwards.

"They are very open and transparent to Max about that. We are waiting patiently and have every confidence that it will come to a successful conclusion."

Jos Verstappen said that there was little point in getting too down about the fact Red Bull has not yet delivered a car capable of beating Mercedes to the title.

Asked if it was frustrating, he said: "No, not really. I think that's sometimes a little bit more frustrating for me than for Max, or maybe more or less the same.

"But Max has to make the most of it of course. We're at Red Bull and know what we have to do. You can be frustrated but that doesn't help you at all, as Max has said before.

"We all want Max to fight for the world title, but it is also nice to work towards that goal together. There is some beauty in that as well. So let's hope we can succeed in doing that at Red Bull next year."

The curios kept by motorsport professionals