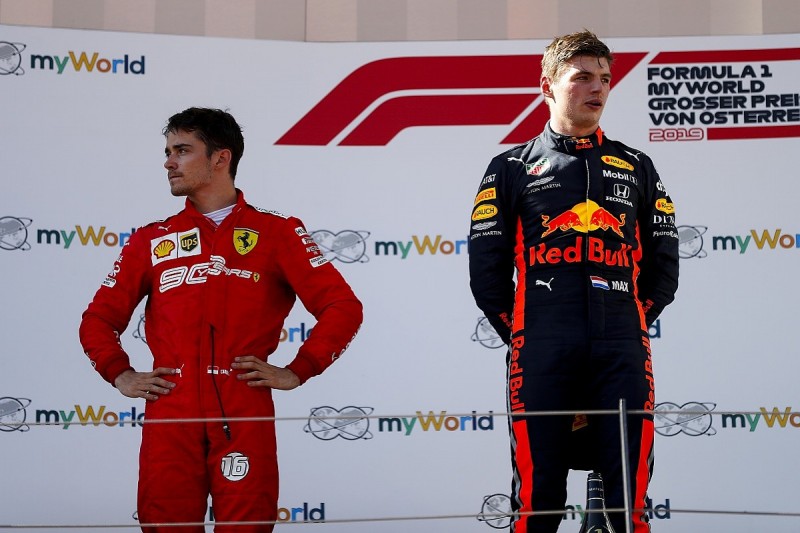 Red Bull driver Verstappen caught and overtook Ferrari's Leclerc with three laps remaining, but the two made wheel-to-wheel contact as Leclerc tried to hang on around the outside of the tight uphill right of Turn 3.

That incident is currently under investigation by the stewards, with Verstappen and Leclerc set to report to them to give their sides of the story at 1800 local time.

Immediately after the grand prix, Verstappen said: "It's hard racing otherwise we have to stay at home.

"If those things are not allowed in racing then what's the point of being in Formula 1?"

Leclerc had led the race from pole position and looked in control as Verstappen, who started on the front row but fell to eighth on the opening lap, charged up the order. 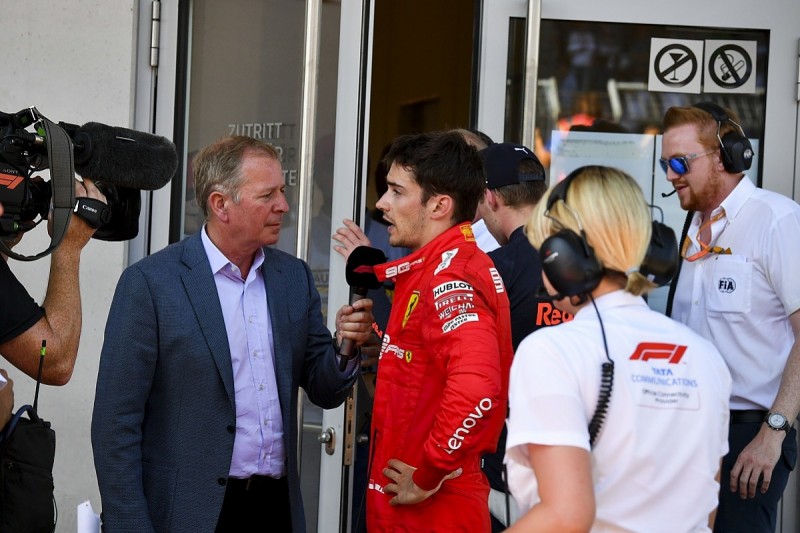 After losing a maiden F1 win late on for the second time this season following his Bahrain engine problem, Leclerc said: "Overall the race was good. At the end I had a bit more degradation than I thought and Max came back.

"I'll let the stewards decide. It was pretty clear in the car, I don't know how it looked from the outside. We'll see what the decision is."

When it was suggested he did not think the move was fair, Leclerc pointed to the previous lap where Verstappen had tried to pass him on the inside but left more space on the outside.

"I was on the outside just like the lap before," said Leclerc.

"The lap before was completely fine, he left the space, a car width on the exit of the corner, but he didn't on the other lap.

"I had to go wide and then I didn't have any chance to come back. It's a shame."

He said: "You could see now on the straights I had good pace as well so we could make the pass.

"I'm extremely happy for the whole team and also for Honda. To win here is incredible."