Max Verstappen could return to the Netflix Formula 1 series Drive to Survive after a "good chat" with producers to try and get a greater say in how he is portrayed.

Red Bull driver Verstappen did not take part in any direct interviews for season four of the Netflix series, which was released this spring and covered his championship victory over Lewis Hamilton.

The Dutchman revealed he refused to conduct any interviews because the show "faked a few rivalries" and said back in March that he had no plans to change his mind about participating.

Drive to Survive has been enormously successful in boosting F1's popularity, but talks were planned with producers and drivers over the level of creative licence in the show to allay some concerns.

Verstappen hinted in an interview earlier this week he could yet feature in season five of Drive to Survive, and revealed on Thursday at Silverstone he had spoken with the producers of the show about having more of a say in what footage of him they use.

"I sat together with them and explained what I thought about it and what went wrong in the past," Verstappen said. "It was actually a very good, quick little chat. We'll try to improve from there.

"You have a bit more of a say in how you are going to be portrayed, instead of giving an interview and not being sure what is going to be done with it and the way they put it into the show.

"That's all I'm asking for, that it's more realistic, at least from my side. I cannot control what they do with other drivers. But I want to be in control with what I'm releasing." 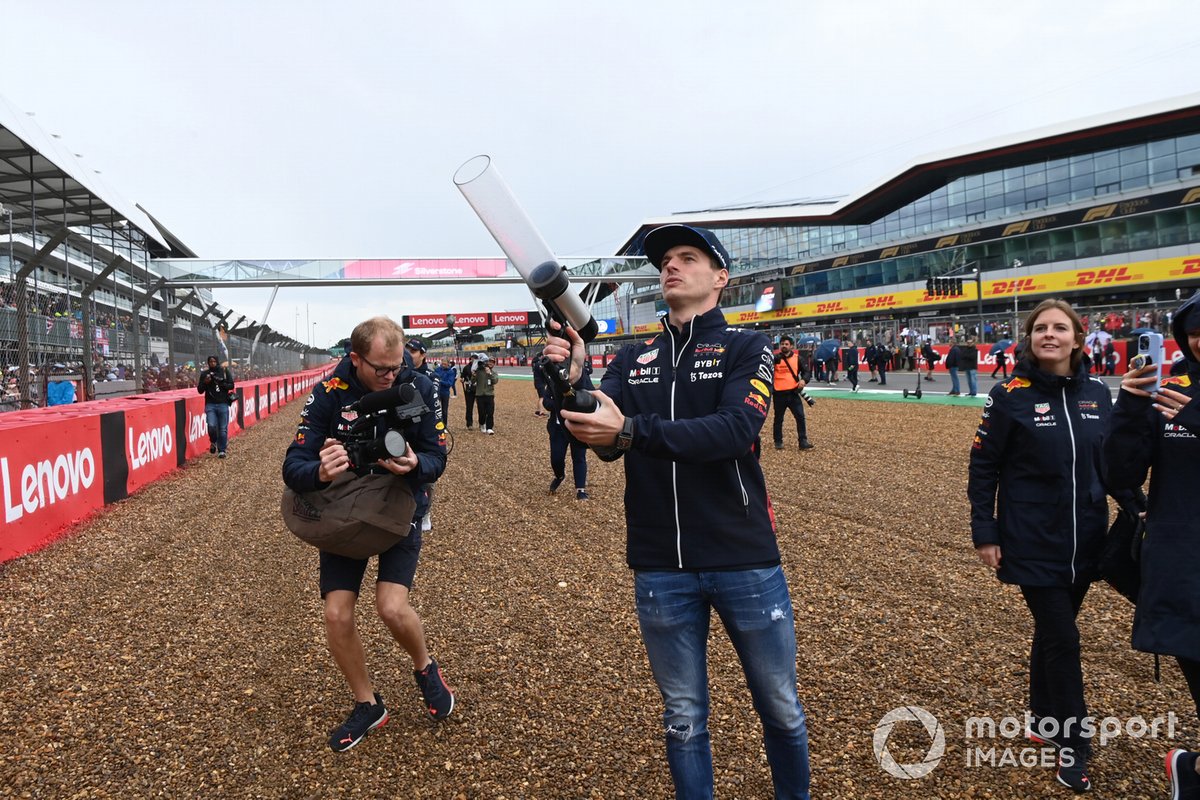 Verstappen understood why the producers were so keen to get him involved in the series, but told them it "needs to be more on my terms, otherwise there's no point to participate."

Filming has been taking placement throughout the 2022 season so far ahead of the fifth series of Drive to Survive being released next spring. A sixth season, scheduled for 2024, has already been given the green light.

The series has enjoyed enormous success by profiling the personalities of the drivers off-track, and has enjoyed an uplift in viewership with the past two seasons, bucking the trend of most Netflix shows.

"I understand from people watching it, the whole Drive to Survive stuff, that they want more people in it and a bit more of a personal story," Verstappen said.

"But of course in the way that I want to be seen, not that you can't control what is being put out there.

"You need to be able to say: 'Sorry guys, I don't really think that makes me look good.' Sometimes you don't even know there is a camera around, and they can use that.

"We had a good chat. So let's see what comes out of it and how much is going to be in it."